For the last few days, traders have been euphoric because of a massive pump, which began on January 14. Over the previous 48 hours, practically the entire cryptocurrency market was flashing green, pushing vast numbers of coins by 5% to 12% on average. Dash is among the top three performers of the given period, alongside Bitcoin SV and Bitcoin Gold.

Dash has put up triple-digit gains in a matter of a week, which is a stunning result, given that its performance hadn’t been overly impressive in 2019, to say the least, since it dropped in value by 67.7% over a period of twelve months.

The latest pump must have been like a late Christmas present for DASH holders and traders as they were given a chance to not only compensate for their losses in 2019, but also to make a 60% profit in just two days of trading. That is, of course, on the condition that the most industrious traders didn’t fall into the greed trap and took profits in an area between $140 - $150. 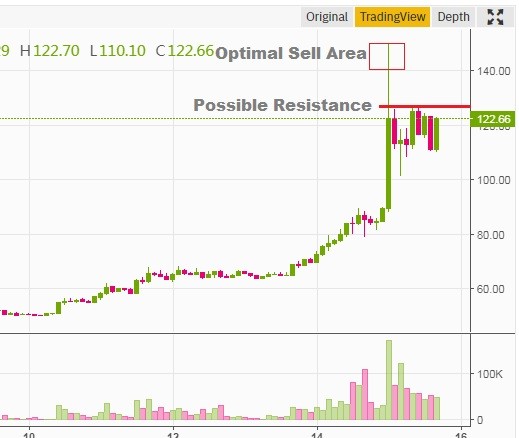 Others had to watch as the price retraced from the weekly high of $150 all the way to $101, and began establishing a possible resistance level on the 2-hour time frame in DASH/USDT pair. On the daily chart, though, the buyers are still holding sway, despite the sellers pushing down strongly. 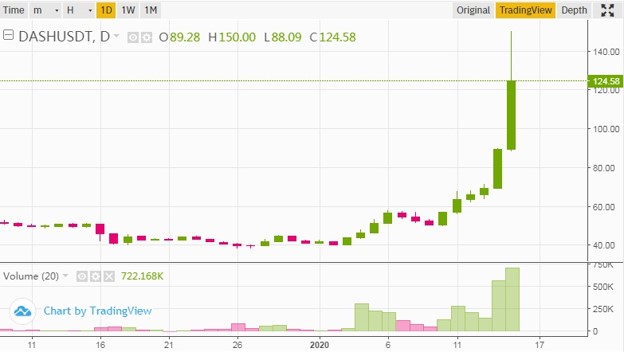 Privacy coins, in general, had a terrific week - so much so that they, along with a host of other altcoins, outperformed Bitcoin by miles, which gave rise to yet another wave of speculation concerning the beginning of an altseason. 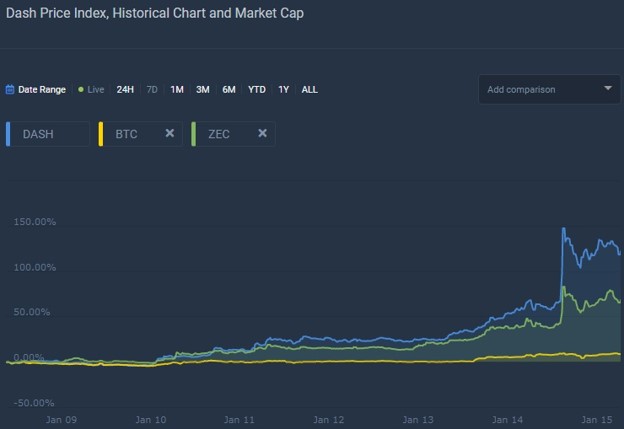 The question that interests all traders now, of course, is whether this mind-boggling pump was a precursor to the fully-fledged market reversal, or was it just the result of whales playing their tricky games and the price would soon retrace to its previous levels?

Life after the pump

An adequate answer to that question would be that it’s far too early to tell, but

, obviously, can’t sustain such a high-intensity price growth for any longer, which means that the correction is imminent. On the weekly DASH/USDT chart, the coin has broken out of the descending channel decisively, taking the 14-day RSI from the overbought close to the oversold area in one swing. This means that we could see the price of DASH decreasing significantly in the next few days, probably falling all the way towards the upper regression trend line where it could try and establish a support level. 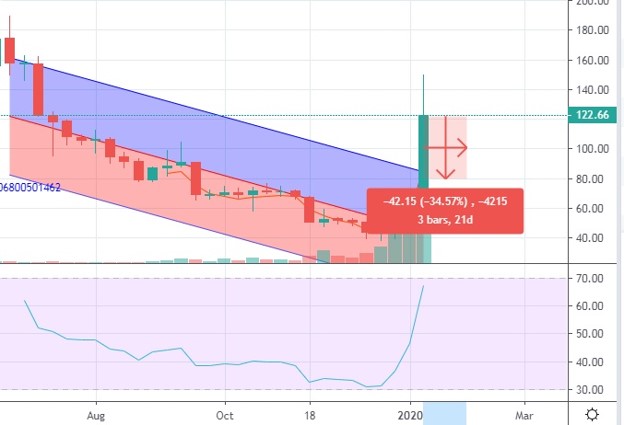 Should that scenario play out, we could see a drop of up to 35%, so don’t forget to place a stop-loss in case you are entertaining the possibility of the pump continuation. If the price goes beyond the designated upper line, DASH could get back into a falling trend. 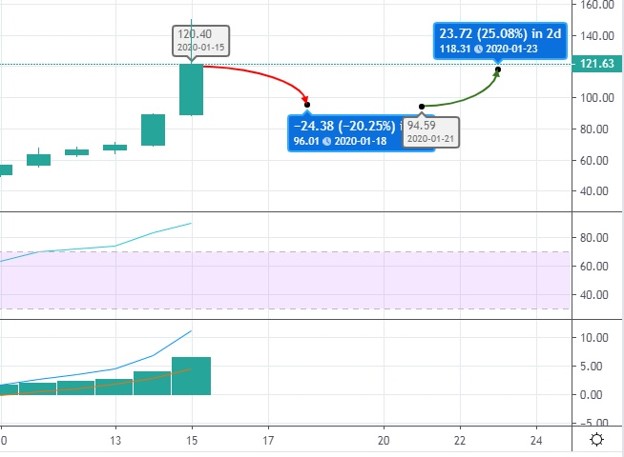 The healthiest behavior for the top privacy coin would be to perform a correction to $95, consolidate for a while before making another attempt at testing the $120 resistance. But before that, we could witness a couple more green days, an aftermath of the pump.