Dash (DASH) remains among the most disappointing top altcoins, along with Ripple (XRP) and Litecoin (LTC), that have proven unable to strive after the market crash. Over the past six months, Dash managed to travel all the way from macro resistance at $40 to the local high at $133 and back in a U-turn that must have frustrated both holders and reluctant traders. The coin did recover to the price level at $86 that preceded the infamous Black Thursday but was unable to surpass that resistance, which led to the dismantlement of the entire structure of that short-lived minor uptrend. 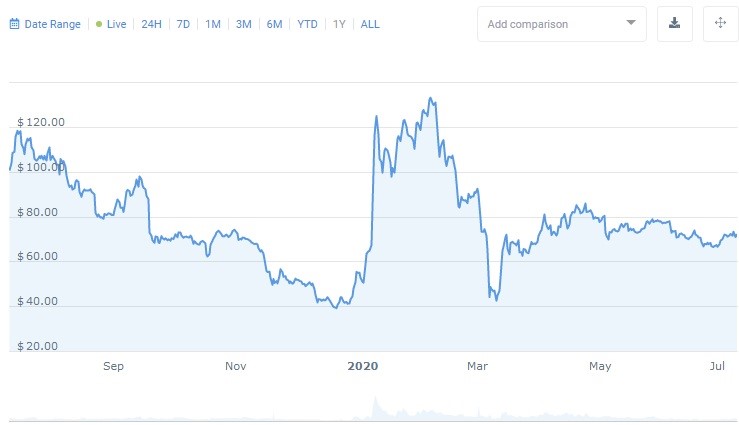 DASH chose not to be the part of the altcoin rejuvenation

For the past two months, Dash has been sliding down quietly from $86 to $71 in an accurate descending channel that is somewhat reminiscent of Bitcoin's latest price action. The chart below confirms the correlation between the price movement of these two coins, although Dash has had its share of losses in the pair with BTC starting from the tail end of April. 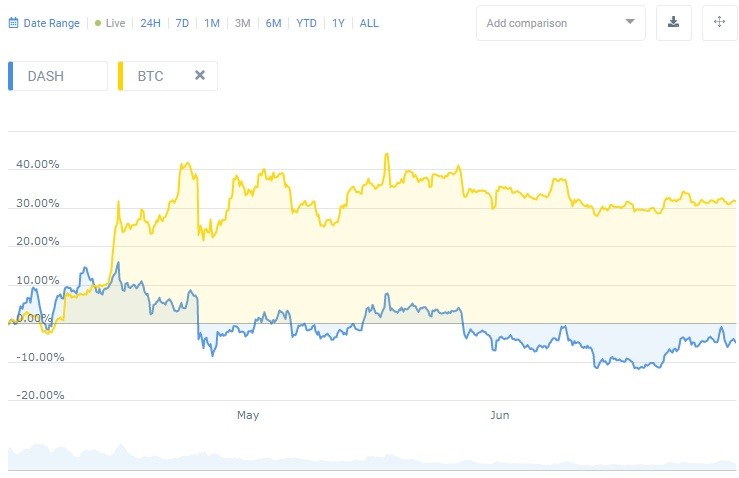 It is obvious that DASH has been stagnating while many fellow altcoins went all-out bullish that even spurred the talks about the commencement of yet another altseason. It could be partially explained by the constant slippage of DASH's mining profitability.

The chart clearly shows that despite the partial recovery to $18 for 1 THash/sec, the profitability of DASH mining is once again near the all-time lows at $7 for THash/sec, which serves as one of the primary reasons of the coin's poor performance. It was accompanied by a substantial $100 million drop in market capitalization that only adds salt to injury.

On the flip side, there are also no evident prerequisites for a sharp price drop, unless caused by external factors, for instance, the second wave of a global pandemic. 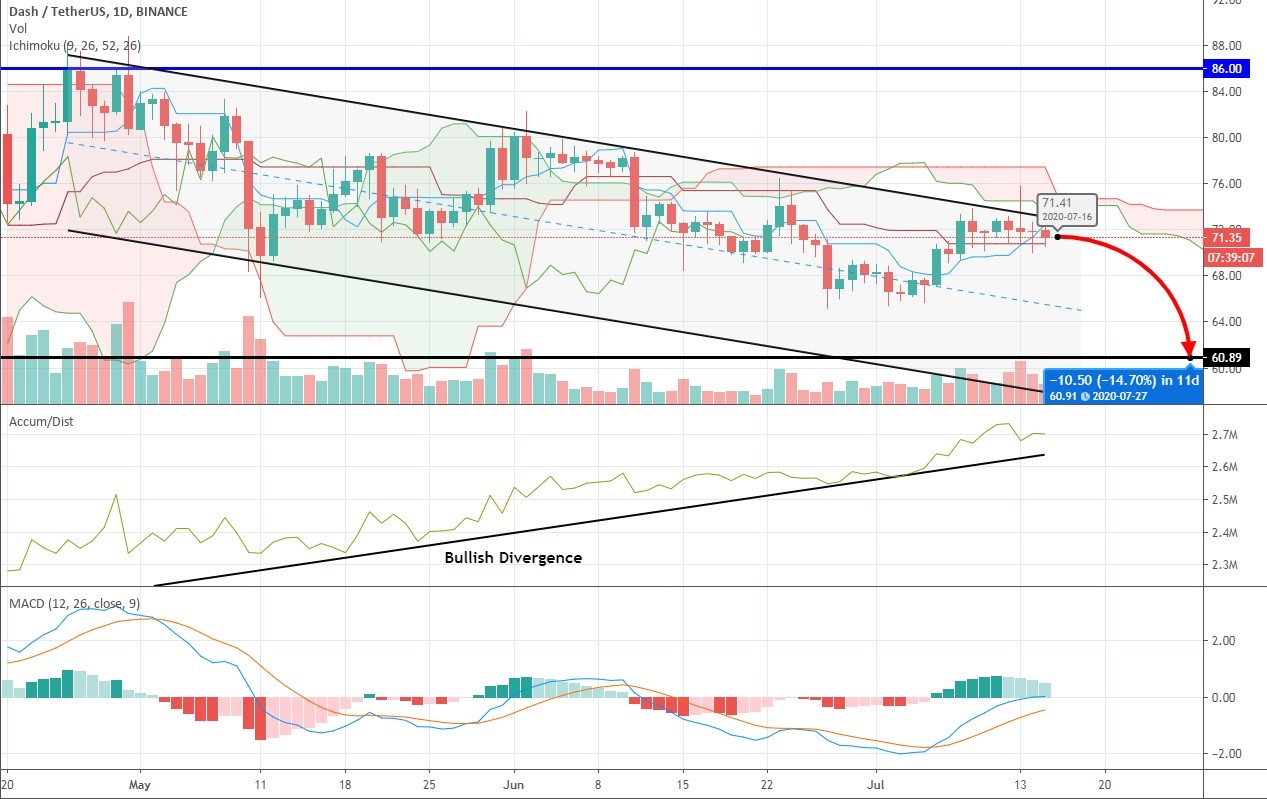 DASH is gearing up for another gradual 15% drop that should occur over the next two weeks. But the test of support at $60.89 mustn't be interpreted as a buy signal because there is a high probability of a bull trap that could force a deeper price drop before a sharp reverse if the bullish divergence on A/D indicator plays out.