There is every indication that soon traders will witness significant shifts in global cryptocurrency rankings as the coins like Dash, ranked 22nd, began to give up ground, following the merciless COVID-19 crash. After the bull rally of January - February, which ended for DASH with a double top bearish pattern and an ultimate capitulation, traders who deal with this coin had to literally cross out the words ‘gains’ and ‘upswing’ from their vocabularies.

The 100+% price boosts are long forgotten, whereas DASH’s current performance profile is flashing red: -53% against USD on the yearly time frame and -10% on the monthly, while the majority of other top altcoins are in the green. The situation in pairings with Bitcoin and Ethereum is equally dire. It appears that despite the fact that Dash has had some success finding application in the real world (the Venezuelans have been relying on this particular cryptocurrency, as well as Bitcoin, to mitigate the consequences of hyperinflation that has been tormenting the country’s economy for years), the bears have dragged it into their lair, from which there would be no way out in the foreseeable future.

Dash is being kept under a tight lid

It turns out that DASH had fooled the traders twice over the past four months: the first such occasion happened when the two major moving averages (50 and 200-period) presented a golden cross right before the price went on to construct the bearish double top pattern and then make a suicide jump off the skyscraper’s top at $137. 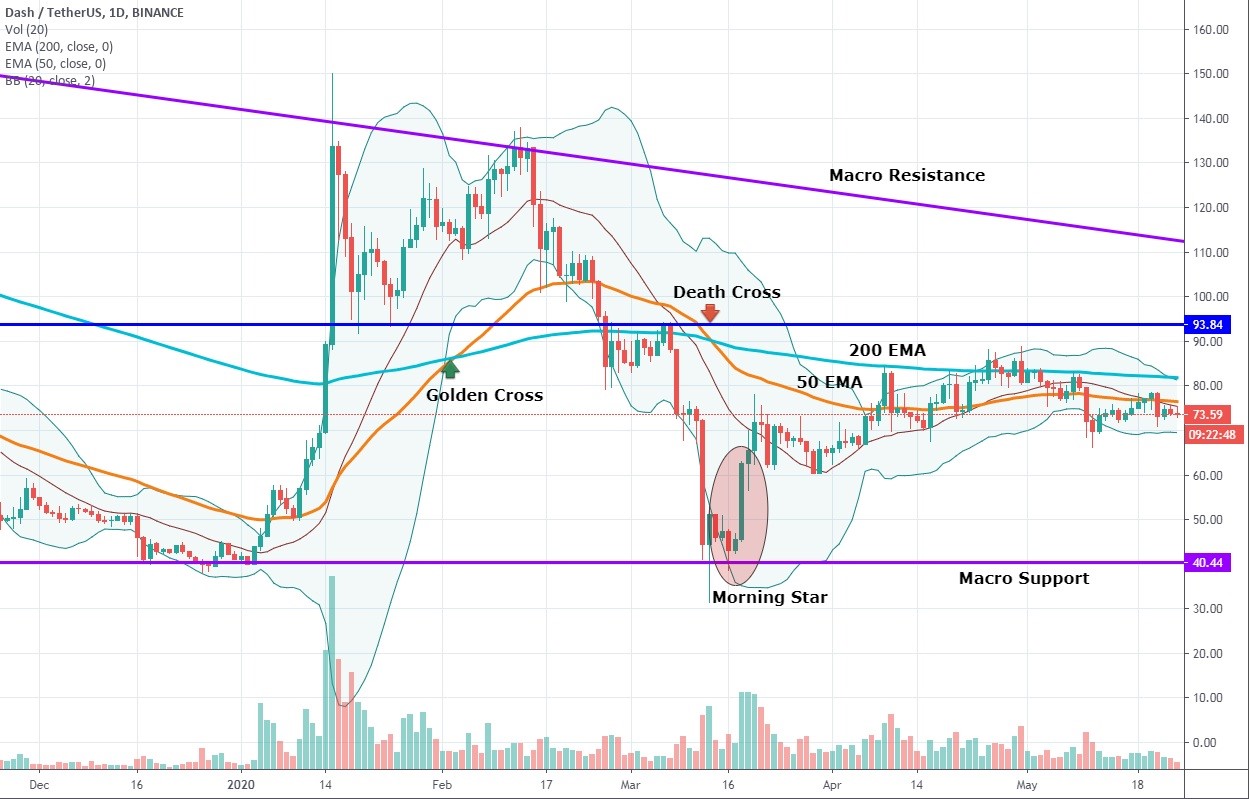 The second time occurred at the very bottom of the major March trough when a very distinctive morning star pattern emerged on the daily time frame, which many have thought to be the prerequisite to a major price appreciation since Dash had been one of the first cryptocurrencies to make a swift recovery after the flash-crash. Instead, the price had retraced to the middle moving average of Bollinger Bands and then went on to range between $66 and $88, signifying the loss of interest from buyers.

Right now, the price is being literally squeezed down between two moving averages while constantly diving below the 50 EMA. On the macro level, we see the gradual formation of the descending triangle pattern, which dictates that the price is going to strive towards the constriction of that pattern, thus going down to the area between $50 and $60 over the course of the coming month. Also, let’s not forget the fact that there has been a death cross right at the level of macro support and judging by the direction of moving averages, this time, the bearish scenario could be realized to the full extent.

The situation in the pairing with Bitcoin looks even worse. Ever since the short and monstrous bull run in the middle of February, the value of DASH against BTC has been melting like ice on the sun. 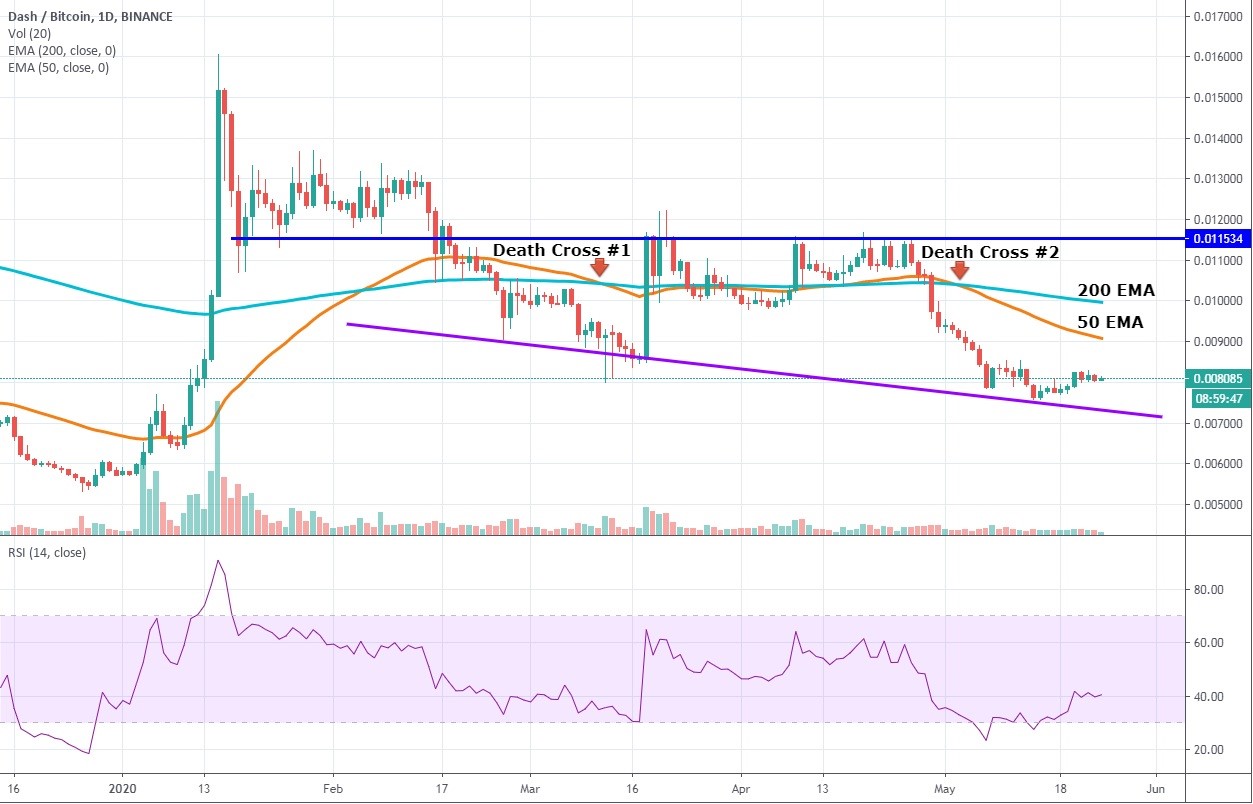 On the daily time frame, there have been not one, but two death crosses as the bears were hammering down the price lower to its present level at 800,000 satoshis, while also keeping it from going oversold on RSI. Given that the Bitcoin dominance has been steadily growing post halving, DASH is likely to fall below the current resistance line, all the way to 600,000 sats.