At the dawn of the year, Dash (DASH) has been the talk of the town due to a magnificent 290% bull rally that occurred in a span of 21 days. However, the rejection was equally brutal as it had sent the price crashing down for five weeks in a row as Dash went from $137 to $32 at the height of the March coronavirus crisis. 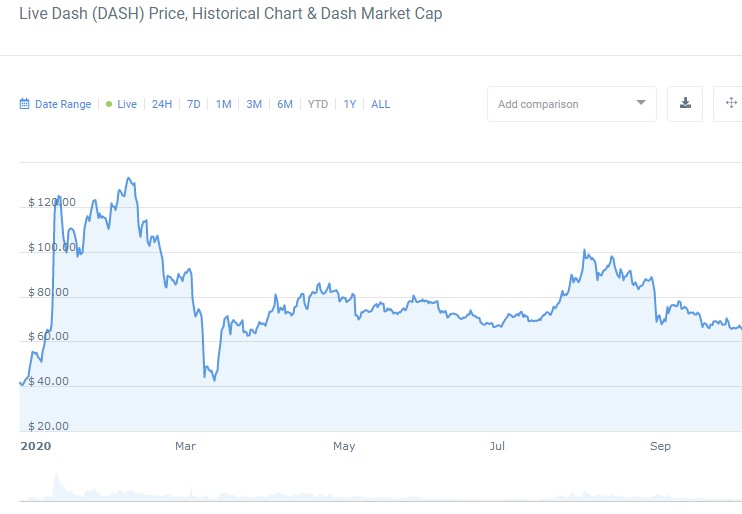 The 28th altcoin couldn’t fully recover after such a knock: after the initial push to the upside, Dash got gridlocked between $64 and $82, seen a bit of bullish action when it put up a short rally to $100, but then got pressurized back into the said range.

And even though Dash was actively adopted in crisis-struck countries like Venezuela, it has been exerting little to no influence on its performance during the year as it lost 7.15% against USD, 29.7% against BTC, and dropped by 52.5% in the Ethereum market. The early investors, however, shouldn’t worry too much about these fluctuations as Dash’s all-time ROI remains way above 9000%.

Right now, DASH is priced at $67.05, following the minuscule 0.9% gain over the past 24 hours and 1.47% against USD in the last seven days. The average trading volume in this market is surprisingly stable, fluctuating between $220 million and $340 million for the past two months, except for a brief period between September 10 - 13, when it spiked to $13 billion, though it didn’t have any significant effect on the price action that bounced between $75.1 and $79.59. Since such a humongous volume couldn’t have translated to any substantial price action, we don’t expect DASH to make sudden moves until it reaches the apex of the descending triangle.

The triangle pattern is close to the breaking point

The weekly chart below reveals the super-strong multi-month support at $65.5 that has been broken to the downside only twice over the past year and a half. 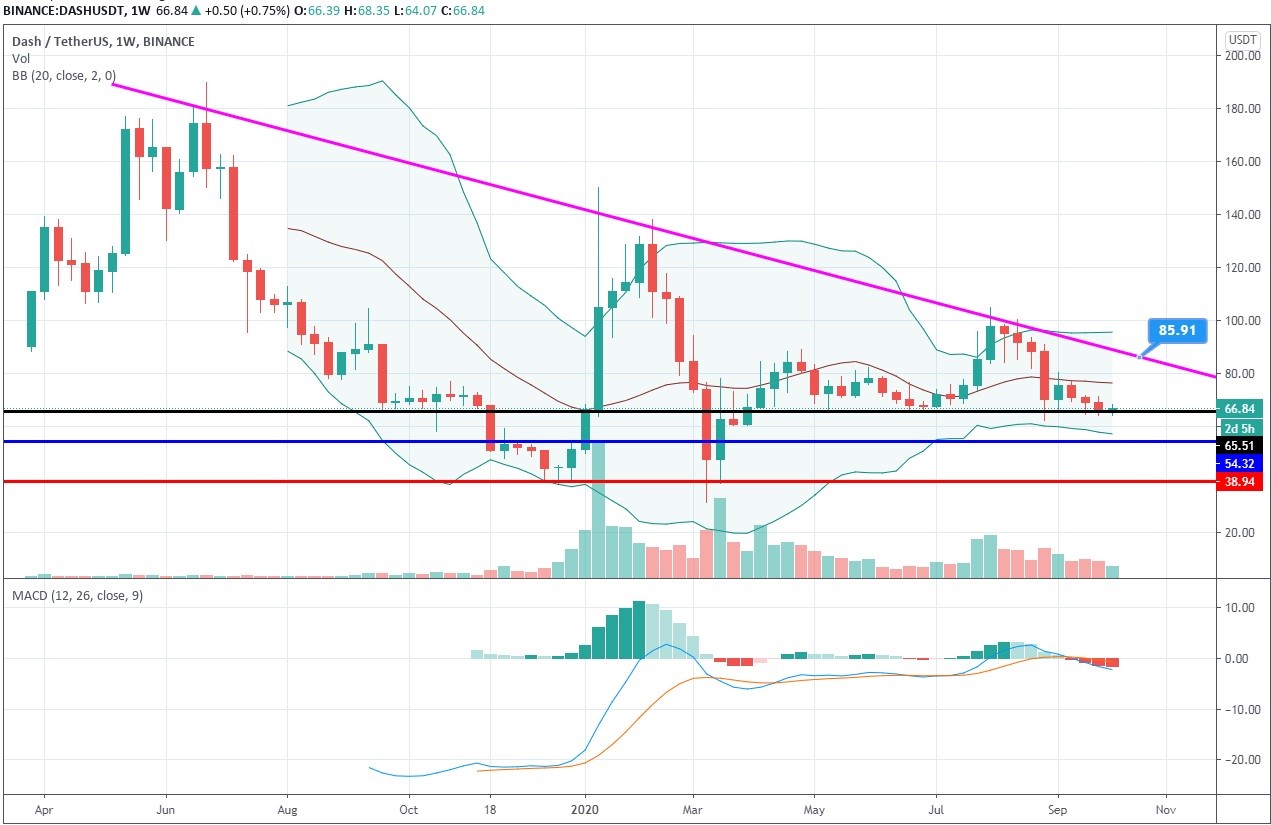 This level had held even during the times of high volatility when the lower band of Bollinger Bands was at $38 (the price usually oscillates between the two bands, rarely sticking to the middle line, though that was the case for DASH). Therefore, any sizable push or drop from that level will point out the direction of price movement for the next several weeks.

Dash could potentially leap to the $86 area, a 29% price appreciation, but it’s highly unlikely that it would be able to break it to the upside, given the reigning bearish sentiment on the crypto market. Besides, MACD has already descended below the zero line, hence entered the bear zone, and has its MAs going apart, which is likely to entail the price depreciation. It could be a mild one to $54.32, a 17% drop, or a much deeper to $39, another 40.3% southward slide that would bring Dash back to the price levels seen before the start of the mentioned rally and during the March crisis. At that point, traders should start looking for confirmed reversal signals since Dash always pushes strongly from that particular price level.