Crypto.com Coin has been one of the hottest topics among traders over the past couple of months, mainly because it has been making strides both in terms of price action and its position in global rankings. Ever since the COVID-19 market crisis that took place in March, the market capitalization of CRO has been skyrocketing, going from $465 million all the way to the present $2,23 billion in a span of three months. 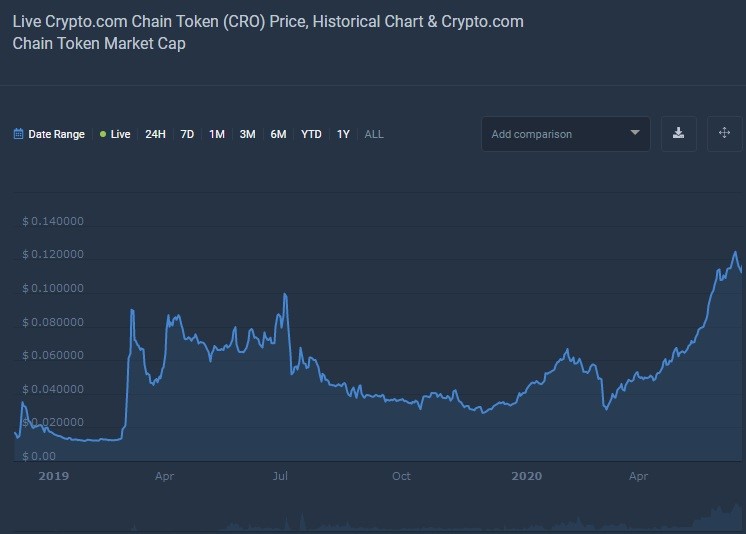 Moreover, the coin that serves as a means for staking, payment, and settlement on the proprietary blockchain, has rather unexpectedly landed in the 9th spot in the top cryptocurrency ranking table, having climbed over EOS (EOS), Cardano (ADA). Perhaps the next cryptocurrency which CRO is going to supersede there would be Litecoin (LTC), given how poorly the so-called Digital Silver has been performing as of late. However, this nearly overnight success could end up as abruptly as it began if CRO won’t be able to maintain its current bullish stance. The Crypto.com team, though, appears to be going above and beyond to ensure that their brainchild entrenches in the top 10.

For instance, the project has recently acquired the $360 million insurance cover from the well-regarded broker Marsh and Arch Insurance, which is an underwriter of the famous Lloyds Bank. At the beginning of June, Crypto.com has also received the ISO/IEC privacy certification from SGS, having undergone an extensive financial audit, which is a huge deal for a fledgling blockchain/fintech project. It signifies that the recent pump isn’t a manipulation or fashioned out in some artificial manner. Therefore, the task at hand for traders who took a long position on CRO is to find the right moment to sell and lock the profits.

CRO finds itself at the crossroads

Those who went long on Crypto.com immediately after the market meltdown must feel overjoyed now, as those lucky ones rode a huge 300% wave to the upside that took a hundred days to run to completion at $0.125. Upon hitting that level, CRO has had a healthy 12% retracement to the middle of Bollinger Bands. Presently, the price is retesting the previous high, and the following CRO price analysis will determine whether Crypto.com would reach out for a new all-time high or would the sellers regain composure and start pressuring the price to the downside. 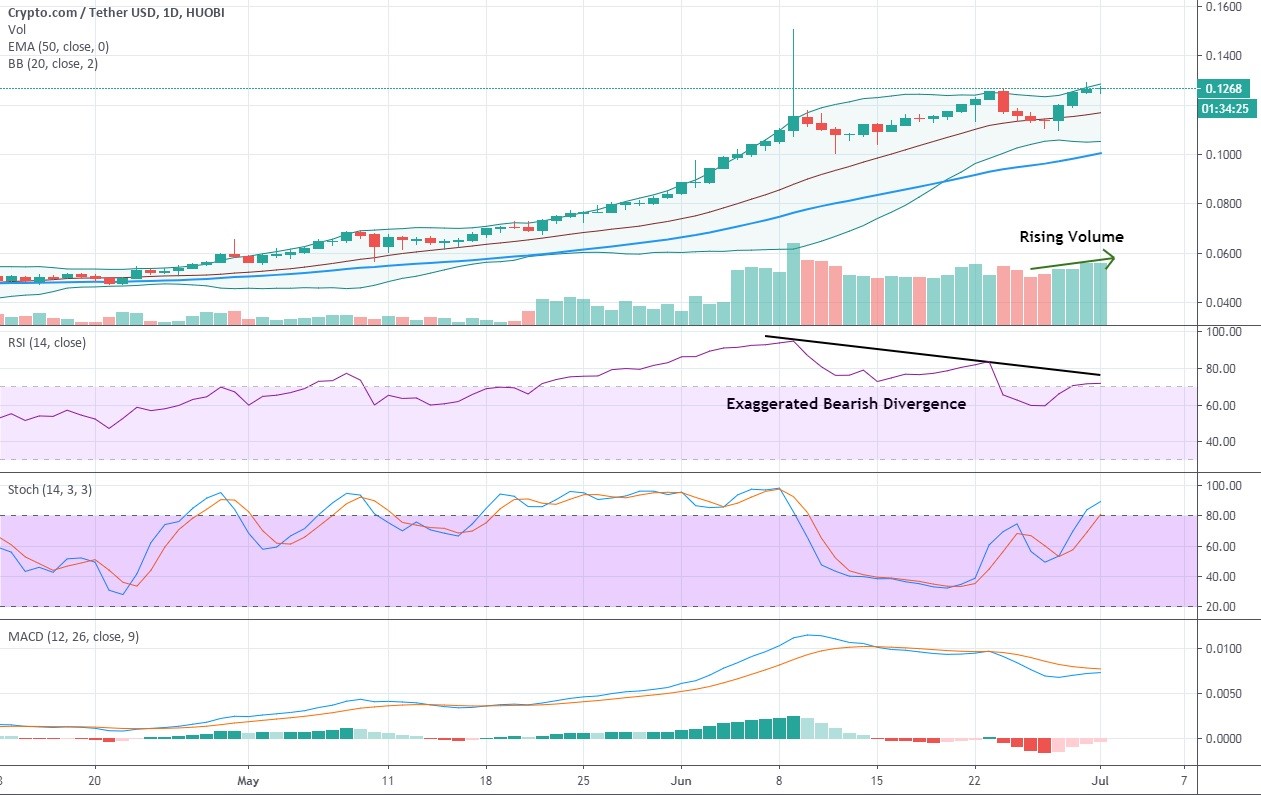 The overall picture in the CRO/USDT market is neutral to bullish, with little to no prerequisites for an uptrend reversal. The only concern seen presently in this market is an exaggerated bearish divergence on the 14-period RSI that began to take shape at the higher high before the last. But in the cryptocurrency market, divergences don’t always provide a sure signal.

Commonly, the divergence like we see on the daily chart above resolves in consolidation, which is exactly what would happen if the emerging candle won’t close above the previous one and establish a new higher high. But judging from the rising bullish volume, the buyers will have little problem pushing the price at least to $0.13, hence maintaining the proper uptrend structure. Ultimately, Crypto.com will establish the new all-time high above $0.14.