Chromia (CHR) Has Something to Boast About

Even though Bitcoin began to show some signs of life in the past couple of days, it’s altcoins that occupy the minds of daily and mid-term traders. With BTC dominance continuing to slide downhill - it has decreased by more than 5% in six weeks - altcoins are starting to nibble on market capitalization, as shown on the chart below. 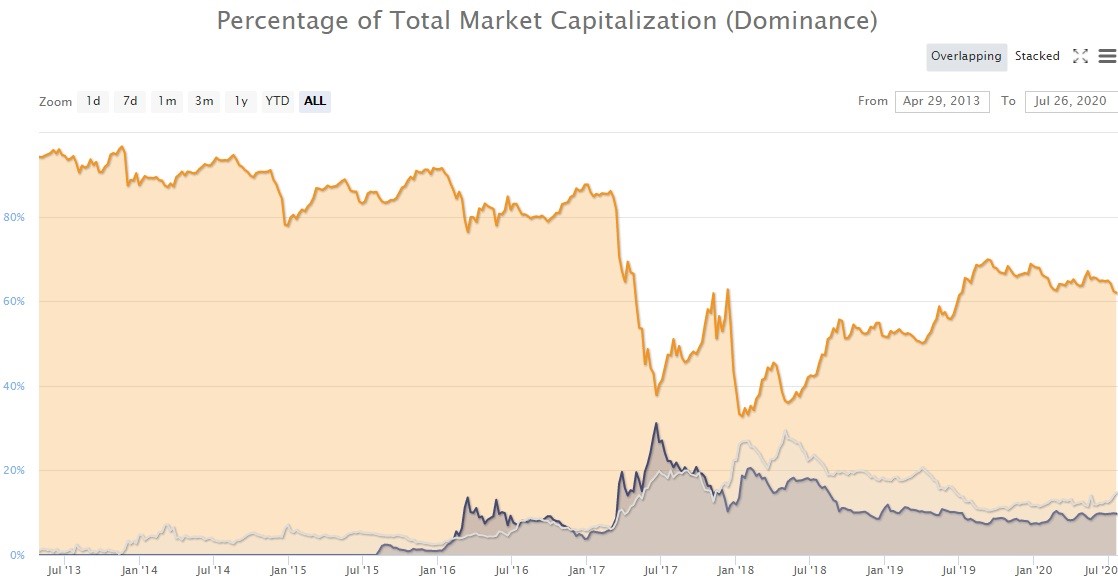 Chromia (CHR) is one of the altcoins that has been flourishing lately. It represents the solution dubbed the relational blockchain, designed to establish the seamless connection between blockchain and the real-world data through the use of decentralized applications (dApps).

The coin first appeared on the market in May 2019 and began to write its history of price action with a big trough from $0.098 to $0.0063 with the subsequent trip to the all-time high at $$0.113. After that, it was nothing but the downfall for Chromia as it had been trapped in the bear market until the infamous events in March 2020, when the market fell through the floor, during which time Chromia hit the all-time low at $0.0083.

But as it turns out, $0.0083 was a pivotal area for the price of CHR as it marked the reversal of the lingering downtrend and the commencement of a flight to a new all-time high. 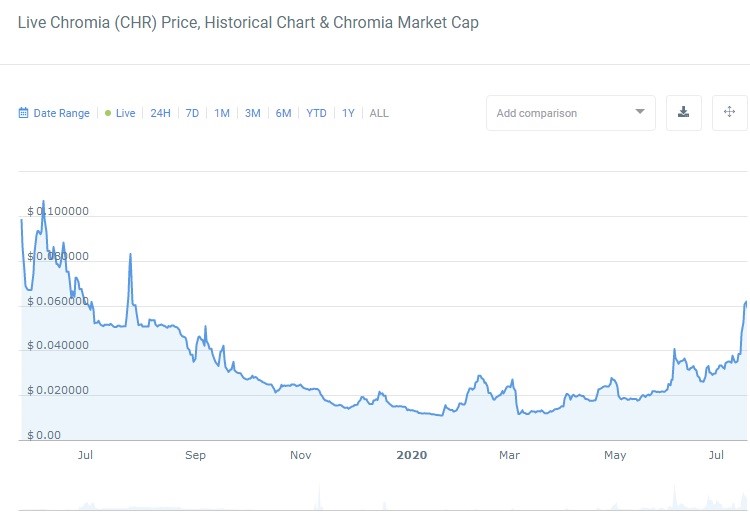 The new uptrend has been confirmed by establishing two higher highs at $0.04 and $0.06, which makes Chromia one of the first cryptocurrencies to have a shot at full recovery and initiation of a new chapter of the bull market.

As of the time of writing, CHR is priced at $0.068 - 40% away from the all-time high - while the project still has a modest market capitalization of $25 million, even though it has been given a considerable boost in the last three months. Below is the performance profile, which clearly indicates that the buyers have put the pedal to the metal in this market as CHR’s recent gains are quite impressive.

Given that the entire cryptocurrency market seems to be getting into motion after some lull in the post-halving period, we base our CHR price prediction on the notion that the bulls won’t cease pushing the price higher, with the near-term price target being set at $0.083 - $0.085, the area that we determined as the next higher high. It would take up to two weeks for Chromia to reach that target, whereas most traders would prefer to extract faster profits from that market, so let’s have a look at the 4-hour time frame. 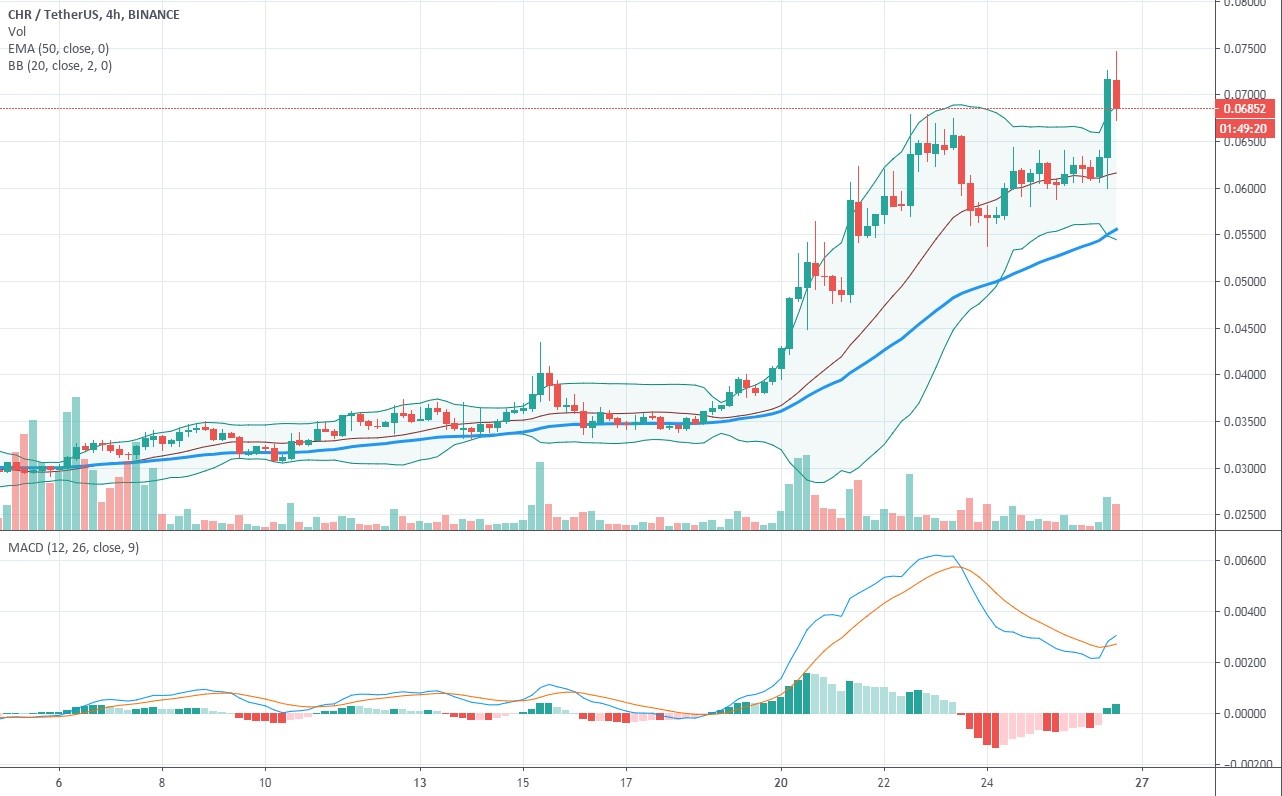 Here we see that CHR is diligently staying high above the 50-period EMA, which signifies that the bullish run is likely to persist. The trading volume hasn’t been at its largest in the past few days, but it does display the evident tendency towards rising, so we expect plenty of price action. Bollinger Bands are opening up after a squeeze, accompanied by the bullish crossover on the part of MACD, both confirming that the price is about to have an upside impulse. But before that, traders could see some loitering from $0.07 to $0.065 that would be a part of healthy retracement.