If you are a trader who is on the lookout for a cryptocurrency that is just entering its prime and promises a bag full of potential profits, then scroll all the way down to the bottom of top 100, where you will find Celsius Network (CEL) sitting comfortably at the 94th place, with the market capitalization of $58 million, which is a respectable number for the coin of such a rank.

Fundamentally, Celsius Network (CEL), or simply Celcius, represents a free crypto wallet that allows users to safely store their coins, earn interest on the cryptocurrencies in their portfolio, or even apply for a crypto loan, using the deposited coins as collateral. What’s interesting about this wallet is the presence of a HODL feature that blocks all withdrawals for a designated period of time so that the user wouldn’t be tempted to take the coin out of the account. As of now, the wallet is rated favorably in the App Store and boasts around half a million downloads.

As you can see, from the standpoint of fundamental value, Celsius Network is solid, but not overly impressive as there are many similar solutions in this space. However, the price action is the real attention grabber here as Celcius with the latest upside impulse, which increased the value of the coin by a staggering 108%, it has made a distinctive claim at a fully-fledged uptrend as it has just established a new all-time high at $0.28. As of the time of writing, the price of CEL is $0.24, reached after a 20% price bump on the day. 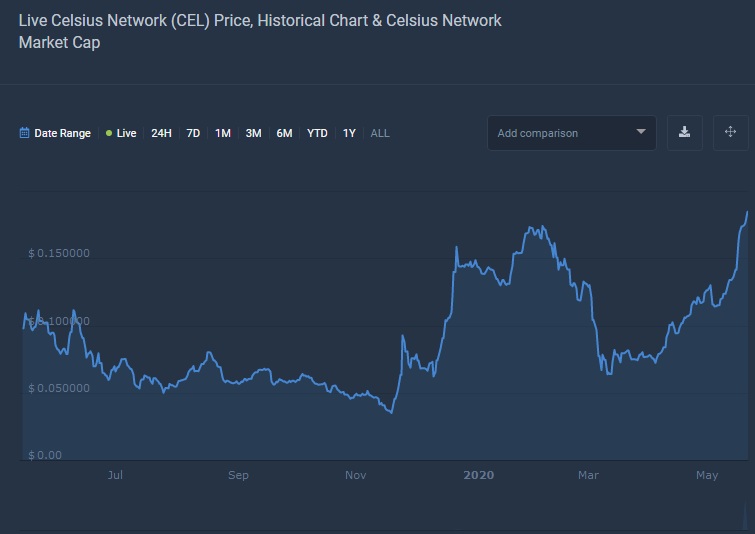 The overall gaining profile of Celsius is also spectacular: the yearly gains stand at 142% in USD, 119% against BTC, and 177% against Ethereum. The coin has been equally impressive in the past 30 days as it outperformed both top cryptocurrencies by more than 80%. That is one fascinating recovery after the market crash in the aftermath of which CEL lost 60% of its value.

In anticipation of the peak of the upswing

No bull rally can last forever, and it appears that the latest one performed by Celsius is running its course. The new all-time high has been set, and the market already looks overextended, which means that a retracement, or even a full-blown correction, is just around the corner. 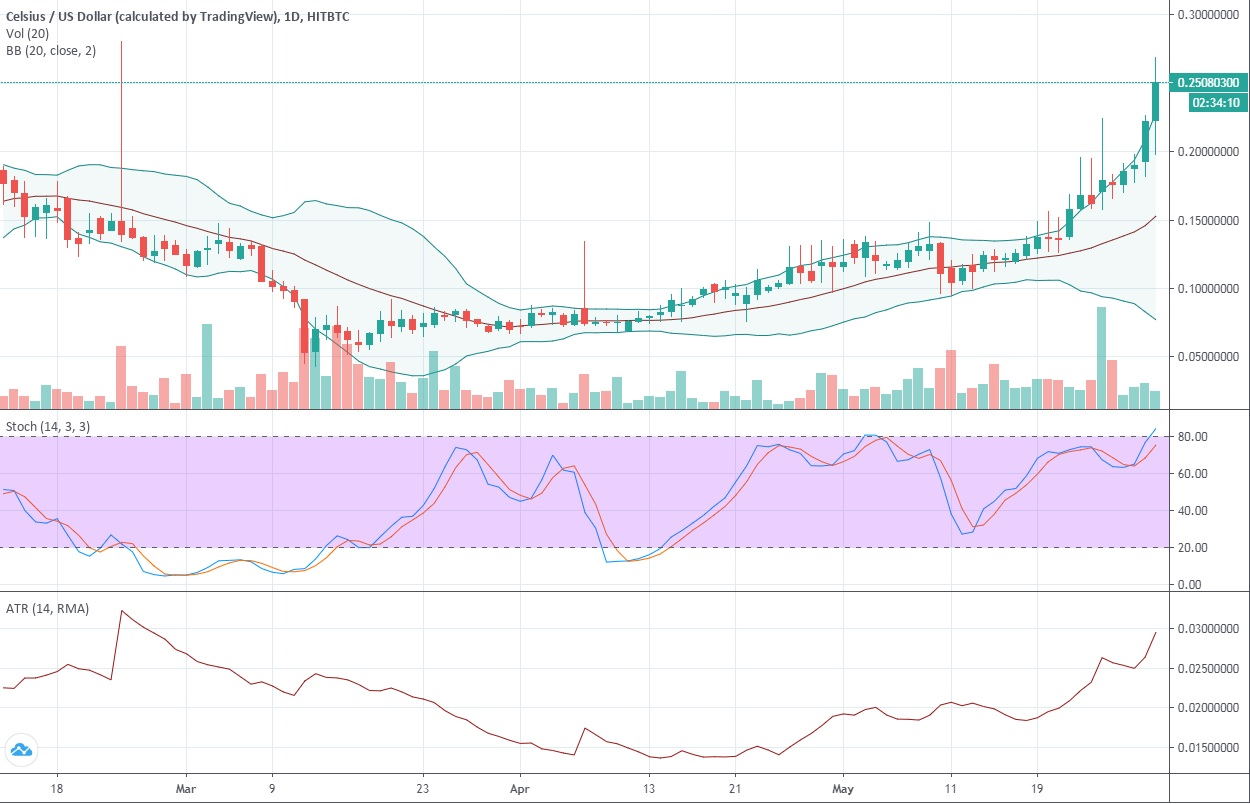 However, there still could be some room left for the final spurt to the upside as ATR is soaring higher, all the way to 0.03 that signifies that the upward momentum is still intact, so traders could expect another burst to the upside that could end up with the price reaching $0.3, although that would put a heavy strain on Bollinger Bands, thus making the pullback all the way to the middle line inevitable, which at that time could run in the area of $0.18.

Stochastic also tells us that the bulls still have the room to push the price up a notch as the indicator is yet to enter the overbought region or show an intention of making a crossover to the downside. The volume profile shows several clusters of buying volume - another indication that CEL will make a final push before the retracement, with $0.28 being the most probable peak.