Cardano hasn’t been the best-performing digital asset over the period of the previous three months, but there are numerous indicators that point to the probable price surge that should occur within the next four to five weeks.

Calling Cardano’s performance in 2019 impressive would have been way too far-fetched. The 11th cryptocurrency, presently priced at $0.045 with a market capitalization of $1.2 billion, provided the investors, who purchased the coin with USD at the year’s inception, with a meager 5.3% gains. The comparison with Bitcoin and Ethereum doesn’t go in Cardano’s favor at all, as those two outran ADA by 56% and 25%, respectively.

However, those who didn’t get frustrated over these relatively poor results, and held the currency through thick and thin, could reap substantial benefits in the first quarter of 2020.

In fact, they could have already taken some tidy profits from the latest rally, which brought the price of Cardano up by 36% against the USD, 15% against BTC, and 5% in comparison to ETH’s showings over the last twenty days. 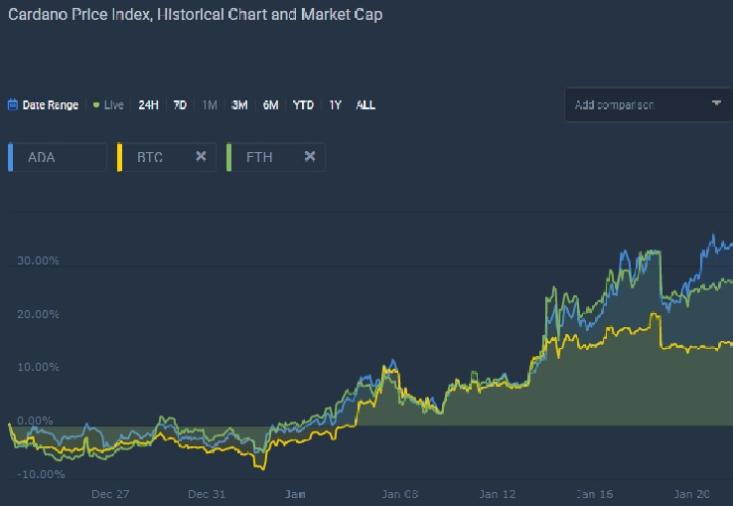 It’s clear that ADA had recovered from the recent pullback much quicker than the dominant cryptocurrencies, and has already entered the probable second phase of the bull rally.

A few days ago, Charles Hoskinson, an American digital entrepreneur and a co-founder of Cardano ecosystem, announced that the coin is likely to go through a hard fork in February that will improve the coin’s consensus algorithm through the implementation of OBFT that stands for the Ouroboros Bizantine Fault-Tolerant Consensus Protocol. Undoubtedly, this fundamental upgrade will translate into a significant price movement, which might even end in ADA establishing its yearly high.

On another note, Emurgo, a company that runs Cardano’s commercial errands, has entered into a partnership agreement with the Uzbekistani government to assist it in developing the progressive regulations concerning STO’s and virtual exchanges. This kind of recognition could also exert a positive influence on the price of ADA in the near future. 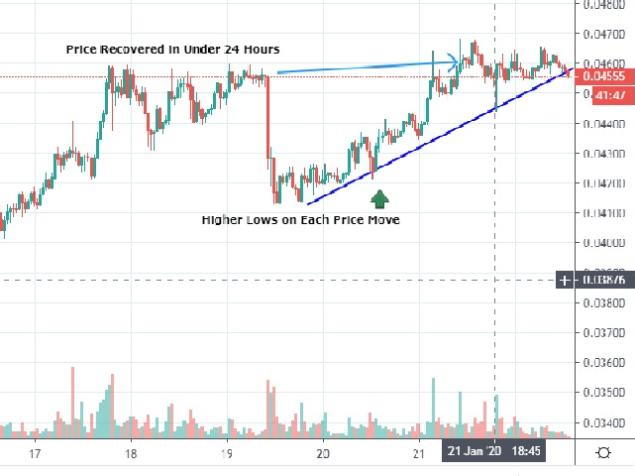 But the coin has proven to be immensely resilient as it had begun the recovery only after fifteen hours of consolidation period by making higher lows at each price swing - several hours later, the price has briefly broken the resistance at $0.45. As of now, ADA is consolidating before making the next move. 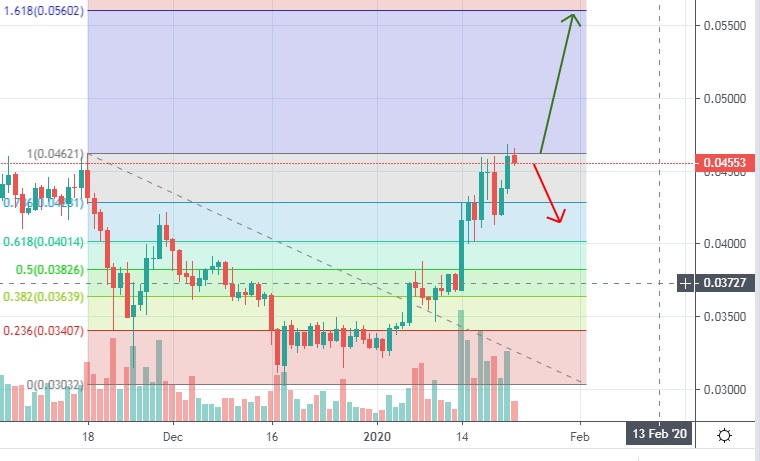 On the daily time frame, things look even more promising for Cardano, which is now testing the Fibonacci retracement level at 1, beating which could result in price surging towards the level 1.618 or $0.055, price-wise. But should the bears prevail, traders might see ADA retracing to $0.41, which had been the resistance turned support.

In summary, over the next couple of months, we are most likely to see a significant increase of Cardano’s price - up to 20% - but before that, there could be a few retracements, so place your stop-losses wisely.