It becomes more and more evident with every passing day that Cardano (ADA) has ridden the bullish wave to the fullest and switched to the correction mode, the bottom of which is yet to be found. A quick reminder that the recent rally was caused by the expectations around the launch of the Shelley update of the main network that introduced the staking option, among other technological improvements. 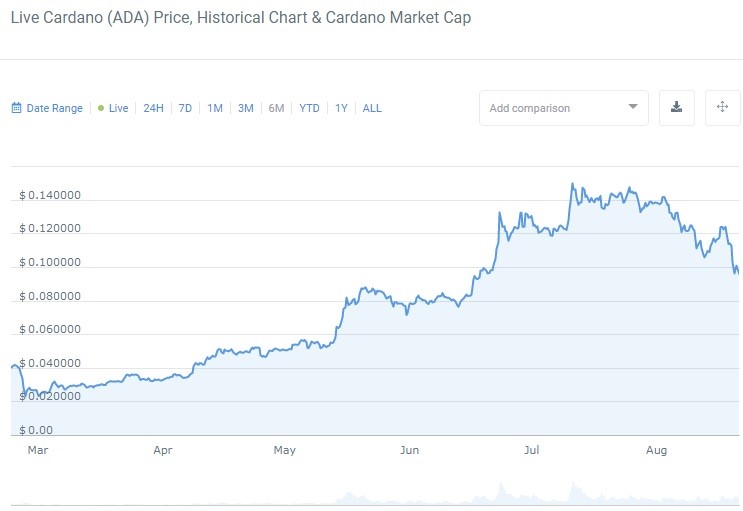 The months of bullish price action ended when ADA ran into resistance at $0.14 that has proven to be impassable for the buyers. The price had been knocking at that level for the entire duration of July, but to no avail, which should have given traders enough time to close their positions in anticipation of a pullback, which is now developing into a full-blown correction.

Given how abruptly the cryptocurrency market has defected to the bearish side in the second part of last week, the ADA chart could be finalizing the dead cat bounce right now, thus increasing the probability of a further price decline.

On the other hand, it's still too early to label Cardano bearish because the chance remains that the flash-sell of the last few days would entail a swift recovery, helping ADA to make a higher low near its current price level at $0.095, thus maintaining the uptrend structure.

The bears threaten to drop ADA even lower

The impact that the previous days of the all-out bears' attack on the cryptocurrency market is clearly depicted on the weekly time frame that will allow us to establish key levels around which the upcoming tough battle between buyers and sellers is going to unfold. 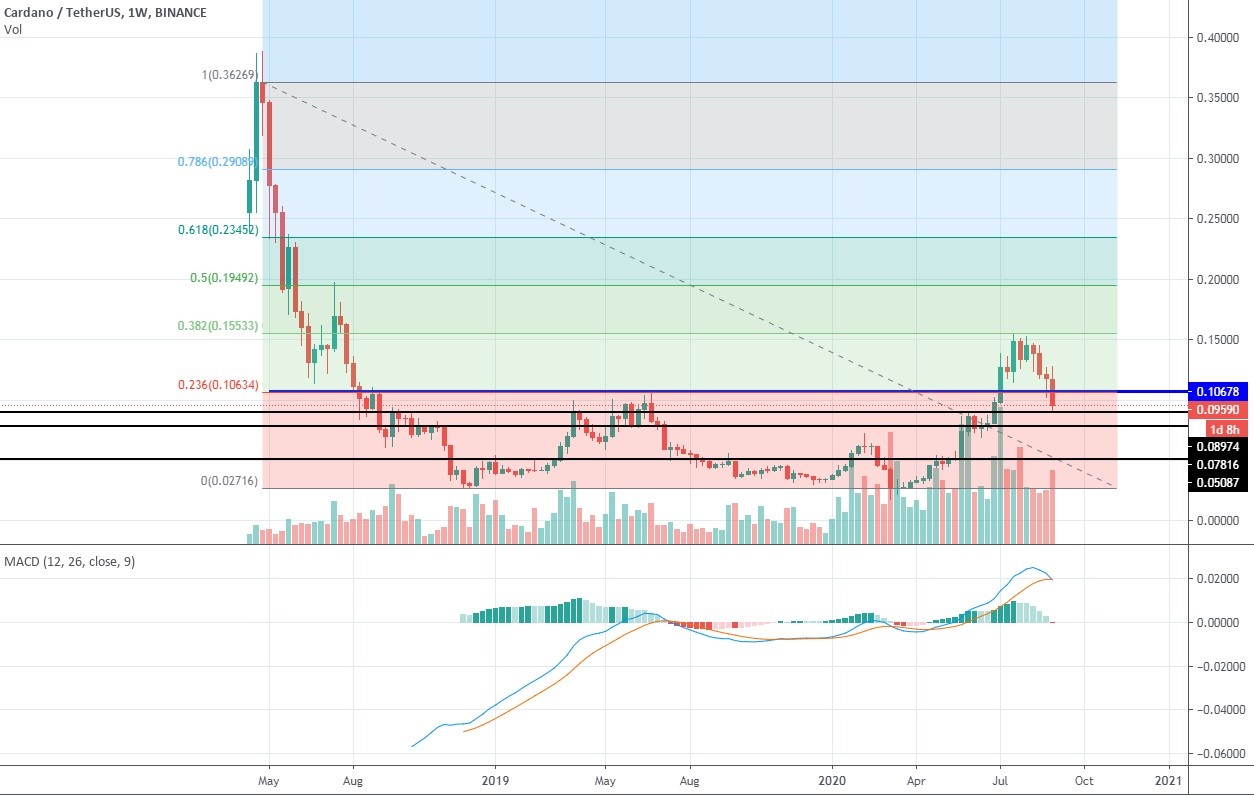 Here the situation looks dire for those who bought ADA back when it was sticking to support at $0.133 and piercing the resistance $0.155 that coincides perfectly with the 0.382 Fibonacci retracement level. Cardano couldn't hold the line near 0.236 on Fibo or $0.1 and fell through the floor, ultimately wiping out half of its gains from the past couple of months with a single weekly candle. At the moment, ADA is clinging to temporary support at $0.09, but the fact that it went head-first through 0.236 on Fibo suggests that a more profound drop to $0.078 or even $0.05 is likely to follow. The bearish ADA price prediction is also based on the showings of MACD that is on the brink of making a bearish crossover, as well as the enormity of selling volume that was present on the market during the last four weeks. The bearish scenario could be canceled only if Cardano makes its way back above the 0.236 Fibo level and establishes a foothold there.

On the daily chart, we see how desperately the buyers are trying to stay above the 200-period EMA, while the price has already crashed below the faster 50 EMA. 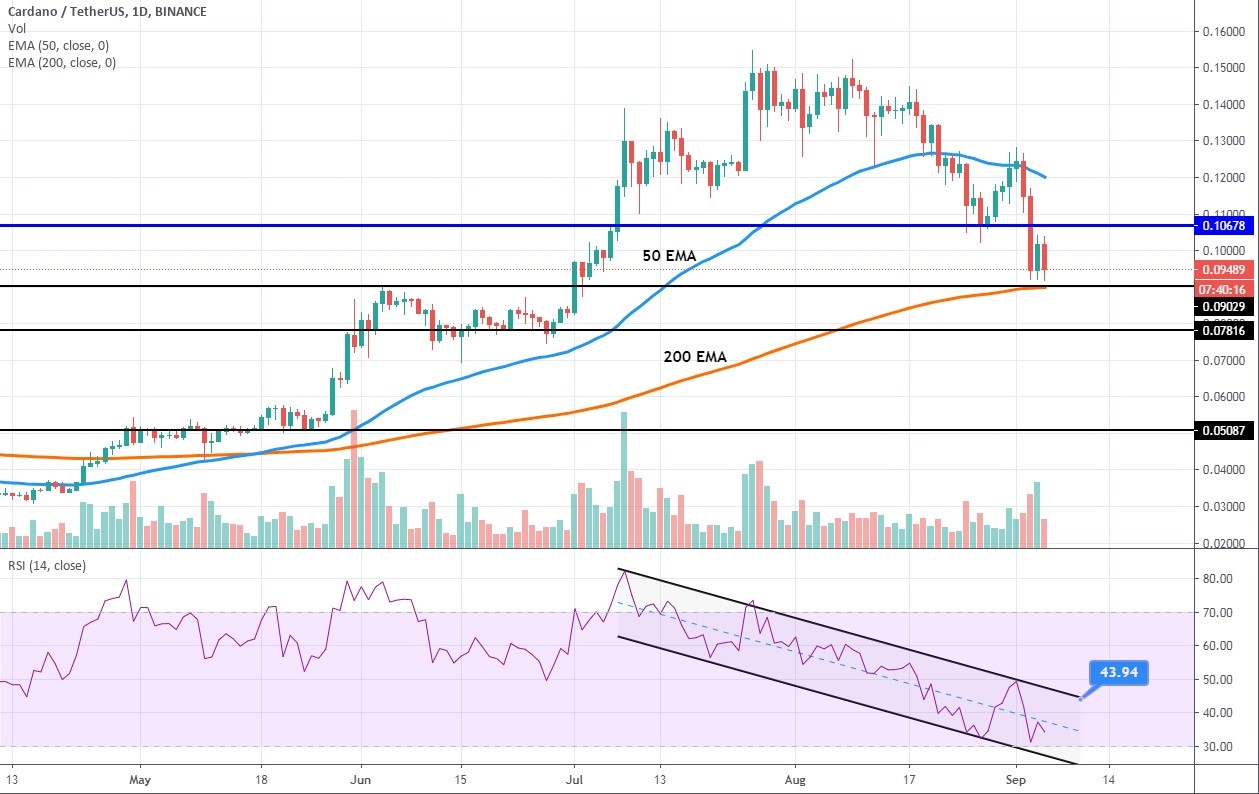 This is a critical moment for Cardano as the descent below the 200 EMA would further instigate the bearish momentum that might even lead to the emergence of the death cross. A break above $0.1 - and 45 on the 14-period RSI - would serve as an early sign of the uptrend continuation.