Cardano (ADA) has bounced off the support at $0.09 and now shows early signs of probable upswing that might allow the uptrend to continue. However, the strong possibility remains that the ongoing bullish recovery could be a part of the consolidation setup.

Is ADA getting back on the bullish track?

ADA has been one of the superstars of the post-coronavirus crash period as it had put up a practically uninterrupted bull rally that lasted for 133 days and took the price of the altcoin 828% to the upside. Such a meteoric rise happened largely due to the recent launch of the decentralized network dubbed Shelley, a fork of a more centralized one called Byron, accompanied by the transition to the Ouroboros consensus algorithm, based on the Proof-of-Stake protocol. 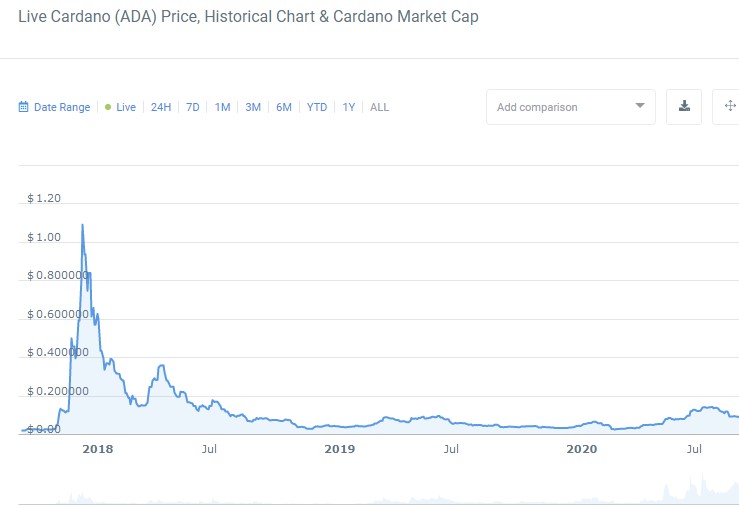 This was obviously a big step for the Cardano Foundation, which afforded means for its cryptographic brainchild ADA to make the first move outside the confines of the lingering bear market and towards the all-time high at $1.33 that is still 92% away. But the toughest part of altcoin’s journey to the historical high lies right ahead, between the price level at $0.2 and $0.4, the area of the most intense price interaction, apart from the current magnetic point that lies between $0.07 and $0.09.

At the moment, Cardano is priced at $0.108 after the bullish day that gave it an 8% push to the upside. It must be noted that the coin’s market capitalization remained relatively stable even during the latest episode of selling pressure as it experienced a fluctuation between $3,8 billion and $2,6 billion, and then recovered back to $3,3 billion. The same applies to the average trading volume that didn’t drop below $340 million over the course of the past 90 days. 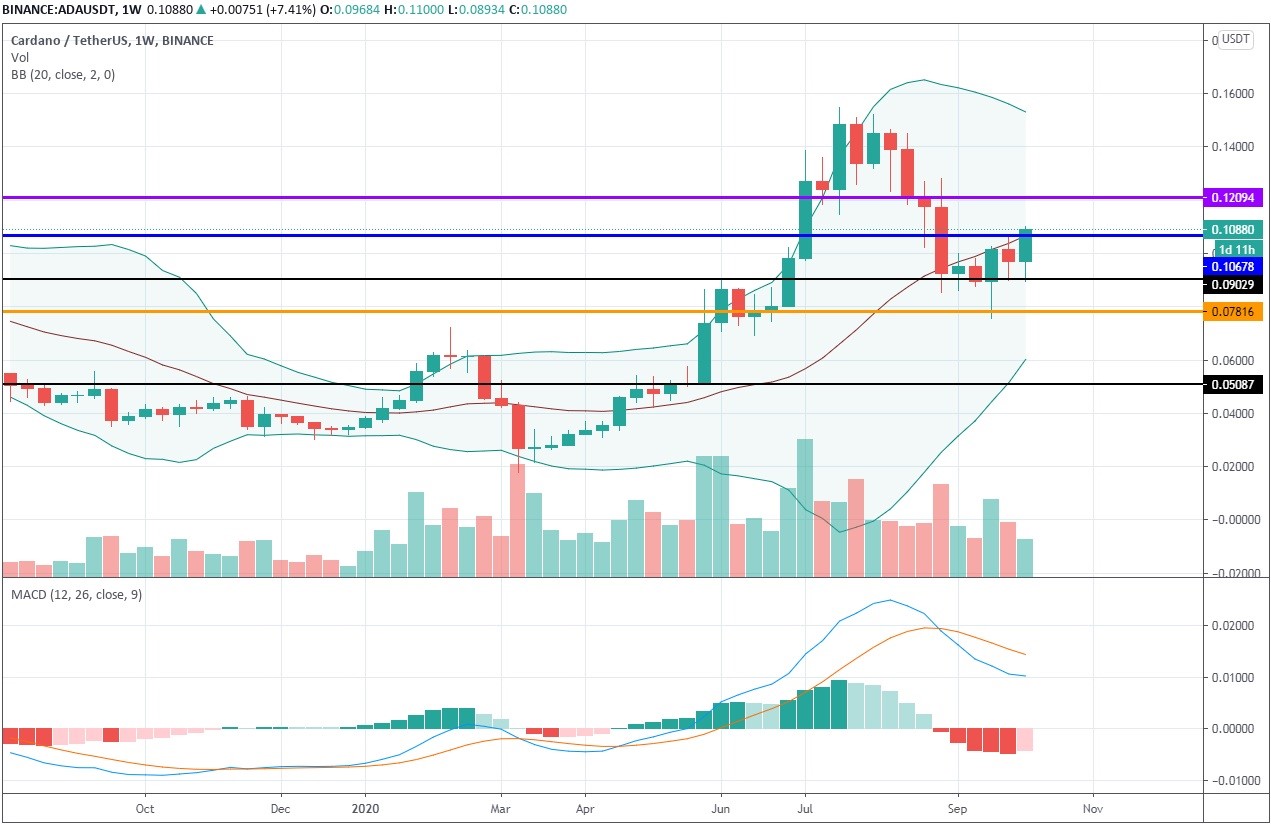 In our previous Cardano price prediction article, we had correctly established the support areas at $0.09 and $0.078 from which the price made a bounce after a long nosedive - the area at $0.078 was briefly tested by the lower wick. That seems to have finalized a sharp retracement and marked the commencement of reversal after the emergence of a bullish engulfing candle on the weekly time frame.

ADA is currently testing the resistance line at $0.1 - it seems that the buyers are determined to close the week above that level. However, we have serious doubts regarding their capability to push further than $0.12, caused by the receding trading volume, which is now half the size of that recorded during recent rallies, and also less consistent.

In addition, MACD has had a bearish crossover and now shows the growing red histogram, a sure sign that the bearish still has a significant impact on this market.

Bollinger Bands began to contract, but the period of increased volatility is likely to last for another two to four weeks, which means that traders could see the price bouncing around between $0.078 and $0.12 until it finally gets squeezed into a range, like it always happens after the BB expansion.

To summarize, we predict that Cardano will make another easy 10% to the upside to $0.12 where it will be met with some resistance, but ultimately, the price will get range-bound.