The last article devoted to Cardano (ADA) ended with us predicting that the price will get range-bound after an unsuccessful attempt to reach the resistance at $0.12. This ADA price prediction had worked out almost with clockwork precision as the 10th cryptocurrency saw a slight push to the upside but got rejected at $0.114 and pressurized back into the range between $0.09 and $0.1, where is loiters now, priced at $0.092, with all of its performance stats from the past month being in the red:

Ranging against USD, capitulating in the BTC market

There’s no denying the fact that Cardano remains fundamentally one of the strongest altcoins, with fundamentals driving its recent bull rally from $0.016 to $0.15, an 800% gain in little over six months. But the latest renaissance of Bitcoin saw it regaining almost 10% of total market capitalization (dominance), which has ultimately taken a lot of puff from altcoins, including ADA. 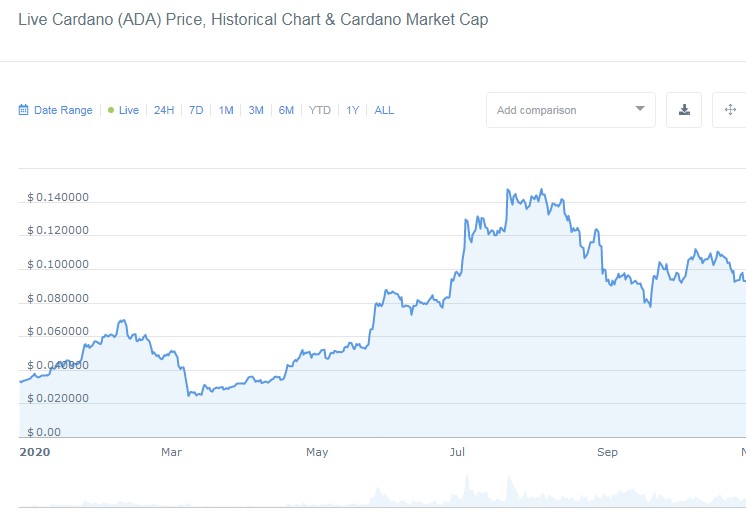 The YTD chart demonstrates when the buyers ran out of fuel and began to give in to the opposition, which led to the dilution of the previously strong uptrend structure. The price made a lower high at $0.8 but then spanned right at the beginning of its path to a higher high. On the macro level, it’s crucial for the buyers to defend $0.08 to keep the hopes of uptrend continuation alive. 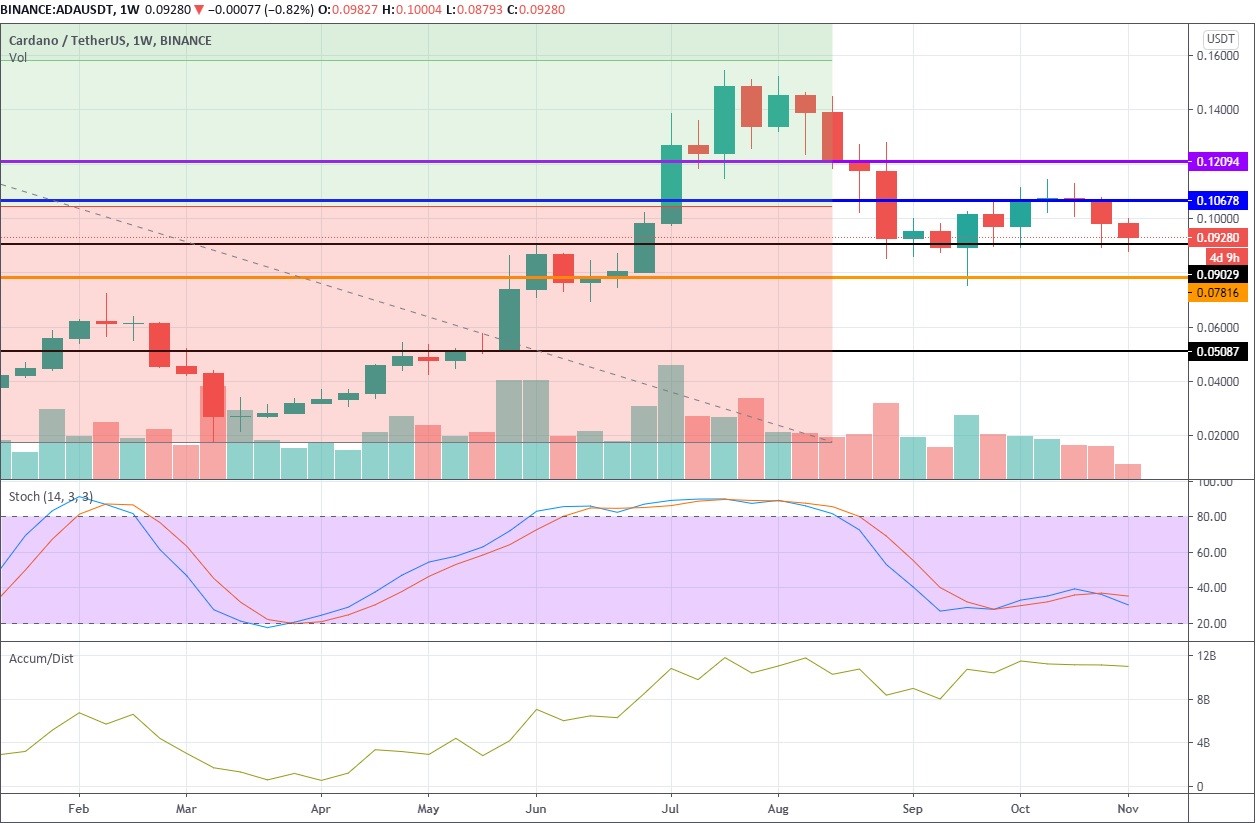 Cardano’s current devotion to the range becomes even more obvious on the weekly time frame, where it shows complete respect to the support/resistance levels that we have established in the previous ADA price prediction articles and the Fibonacci retracement levels. We see here that the price is trying to reach the more distant levels with the wicks, which implies that the consolidation range might be extended to $0.078 and $0.12, thus providing more room for price fluctuations. 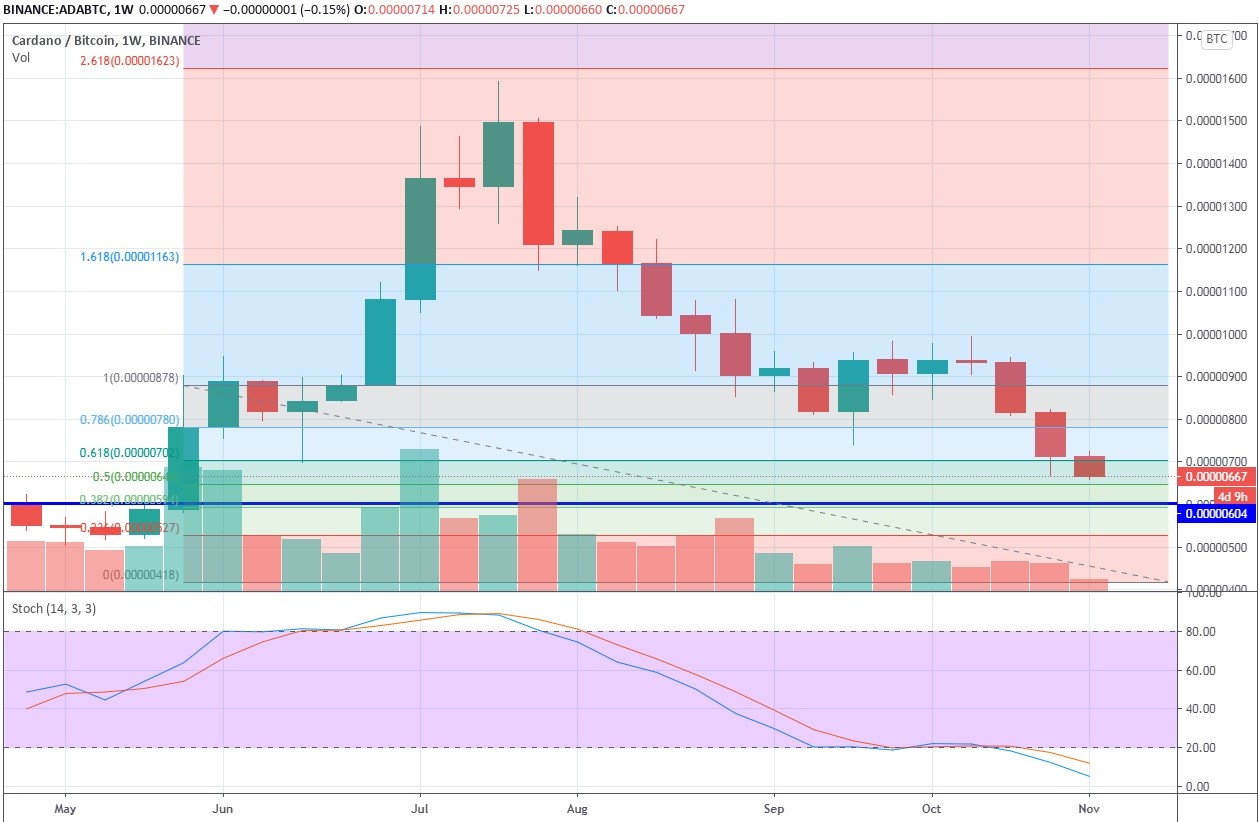 The situation in the pair with Bitcoin is far from being optimistic for ADA since we see a cascading drop from 1,590 satoshis to the current price level at 667 sats, courtesy of the latest BTC resurgence. Here the price is likely to fall to the established support at 604 satoshis that converges with the 38.2% Fibonacci retracement level. As Stochastic suggests, ADA’s fall will be put to a halt at that price level.