ADA could be characterized as one of the steadiest gainers among altcoins, meaning that its price action hasn’t been as erratic and inconsistent as that of the rest of the coins. Over the last 30 days, the 18th cryptocurrency has risen by 61%, which is only 5% less than the progress that it had made throughout the entire 2019. 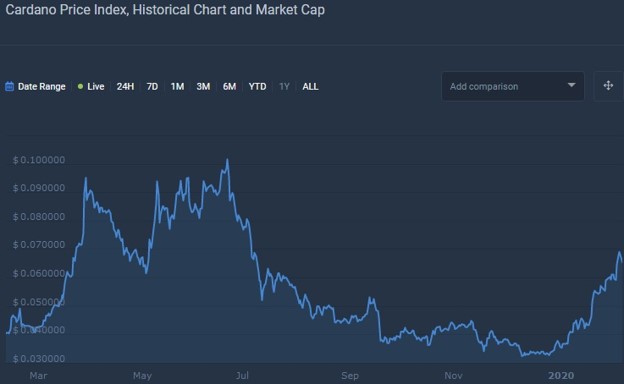 The coin has been rallying since the beginning of the year on the back of the stories regarding the approaching hard fork, as well as the cooperation with foreign governments, and further improvement of its proprietary blockchain solutions. In recent developments, the team behind ADA has come into agreement with the University of Wyoming regarding the joint establishments of a blockchain research lab to provide a more scientific approach to their work.

Positive outlook despite a rapid pullback

All these occurrences have exerted a positive impact on the value of Cardano, which kept chugging away to the upside without any major retracements or dips, having risen steadily from an interim resistance at $0.052, which formed in the first days of February, to the higher high of $0.072, and then the current $0.065 after an unexpected and fast drawback on February 15, which saw the market plunge by 10%+ across the board in a matter of an hour.

The sharp price drop certainly doesn’t mean the initiation of the trend reversal, but definitely took many traders on the edge of their seats, and annihilated stop-losses en masse.

Nevertheless, the overall structure of the ADA market remains intact, which should translate to a buying opportunity once the ongoing retracement begins losing steam. 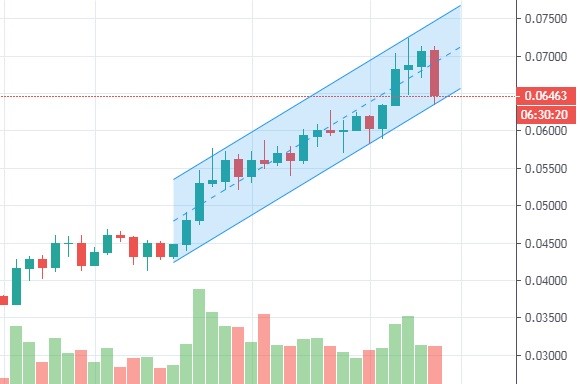 Should Cardano manage to stay within the confines of the given ascending channel, it is likely to maintain its steady growth up until the date of the hard fork, after which the price could go either way, as seen in many historical examples. The exact date of the event is yet unclear, though it should be no later than the beginning of March. Therefore, traders should monitor ADA’s price closely during the remainder of the month in order to seize the opportunity to go short or long on this coin, whichever would be more appropriate in the context that will have developed by that time.

Keep your eyes on the price

On the daily chart, the price action of ADA takes place above the 22-period EMA, which hints at the continuation of an uptrend. However, the mentioned mini price crash has dragged it slightly below the moving average, but the situation is still unresolved, and traders could witness a rapid recovery, as it often happens in the cryptocurrency market.

The Bollinger Bands still remain overextended; therefore, the period of volatility is likely to continue, and traders should brace themselves for price swings, although in the case of ADA, those swings could be mild, compared to the coins that tend to scurry up and down. 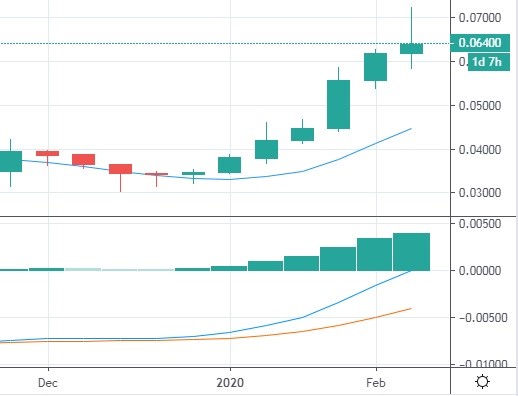 On the weekly chart, though, Cardano looks healthier than ever, moving in a textbook uptrend, uninterrupted by the bears. The MACD still displays a substantial gap between the signal line and the moving average, pointing at the possibility of prolonging the steady growth for another couple of weeks.