In the past few years, cryptocurrency has completely shaken up the financial industry. An increasing number of people is becoming interested in the phenomenon, and mainstream companies are opening up to the idea of accepting crypto-based transactions. Polls and studies have shown that, among younger demographics (notably Millennials and Gen Z), cryptocurrency is one of the most popular investment paths.

Though the crypto market has seen over 10,000 cryptocurrencies since 2009, the one that stands atop the rest is still the first crypto of them all, Bitcoin. The most popular and most valuable cryptocurrency, Bitcoin was the one that started it all, and with a market price exceeding $45.000, it remains the best. So, in this article, we are taking a look at Bitcoin’s history, and how it came to dominate the market.

The Creation of Bitcoin

In 2008, a paper titled Bitcoin: A Peer-to-Peer Electronic Cash System was posted online by Satoshi Nakamoto. The main thesis of the paper seemed to revolve around the benefits that a decentralized, digital currency could have. The paper is a must-read for anyone looking to start their crypto education. A year later, in 2009, Satoshi Nakamoto put his theory to the test, and mined the first ever Bitcoin block, officially introducing cryptocurrency to the world.

It wouldn’t take long for cryptocurrency to catch on. Among the first to purchase bitcoin was famed cypherpunk, programmer, and crypto supporter, Hal Finney, who many have accused of being Satoshi Nakamoto (though these accusations have been debunked). 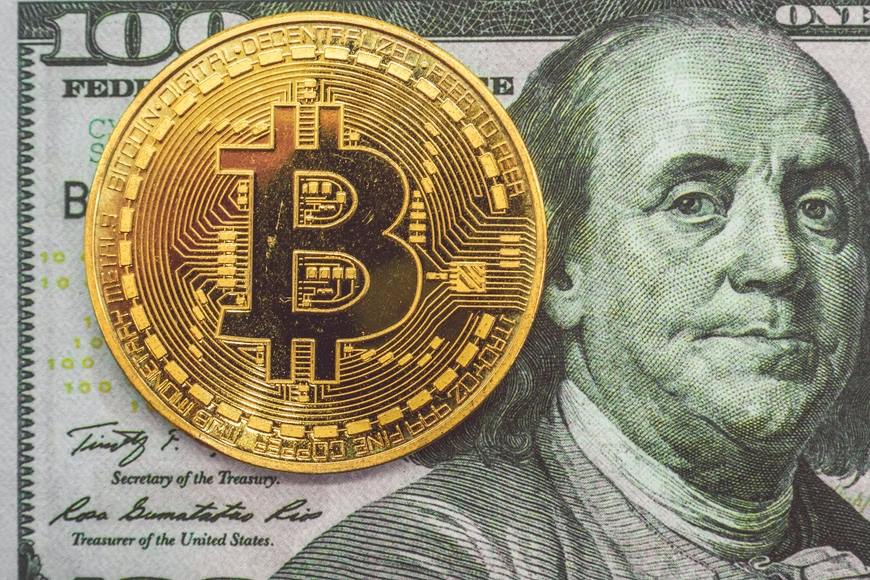 Credit: Bermix Stuido – free to use under the Unsplash License

Bitcoin has been around for over a decade now, and though it has seen some ups and downs in that time, the peak of its popularity truly came in 2020, when cryptocurrency in general began to see a massive surge in popularity. The price of Bitcoin skyrocketed during the year for various reasons. But the question to ponder is, why is Bitcoin the dominant crypto on the market?

The first reason is that Bitcoin is the first, and in the eyes of many, the most thought through. Satoshi Nakamoto introduced the concept of cryptocurrency to the world when he first released Bitcoin, and so, most long-time investors probably got their start mining or trading Bitcoin. In other words, Bitcoin is familiar. It is the one that started it all, it is the crypto that most people have heard of, and due to this, it is the crypto that most people started out trading.

Another reason for Bitcoin’s dominance, is that it is the most valuable. This likely has to do with the fact that it was the first, but considering Bitcoin’s popularity, it is no surprise that it is also the most valuable, as cryptocurrencies’ values heavily relies on the demand for them. Right now, the value of a Bitcoin is estimated at $46.000. To put it into perspective, Ether, the second most valuable cryptocurrency on the market, is worth $3500.

The last reason for Bitcoin’s success, is the support the coin has seen from various celebrities, and companies. Though there are many celebrities who support a wide range of crypto, the one you hear most of them talk about is Bitcoin.

As cryptocurrency surges in value and popularity, more and more people are becoming interested in the phenomenon. Bitcoin stands atop the competition, as it is the first cryptocurrency, and remains to this day, the most popular and valuable crypto on the market. The future of Bitcoin seems bright, as the crypto market is becoming a lot more popular in the mainstream.