Bitcoin Gold is labeled by many as the most disappointing fork of Bitcoin, both in terms of the coin's fundamental value and its historical price action. Fundamentally, the difference between the original ecosystem lies in the use of the Equihash 144,5 mining algorithm, also known as Zhash, which allows the use of graphic cards for the purpose of mining, thus making the process of acquiring BTG somewhat more accessible. However, Bitcoin Gold is inherently more vulnerable than its forefather because there have been as many as three instances of successful 51% attack on the BTG network, the latest of which occurred this January.

Perhaps that is the primary reason why the general interest towards this coin has completely degraded, as it becomes evident from this all-time price chart. 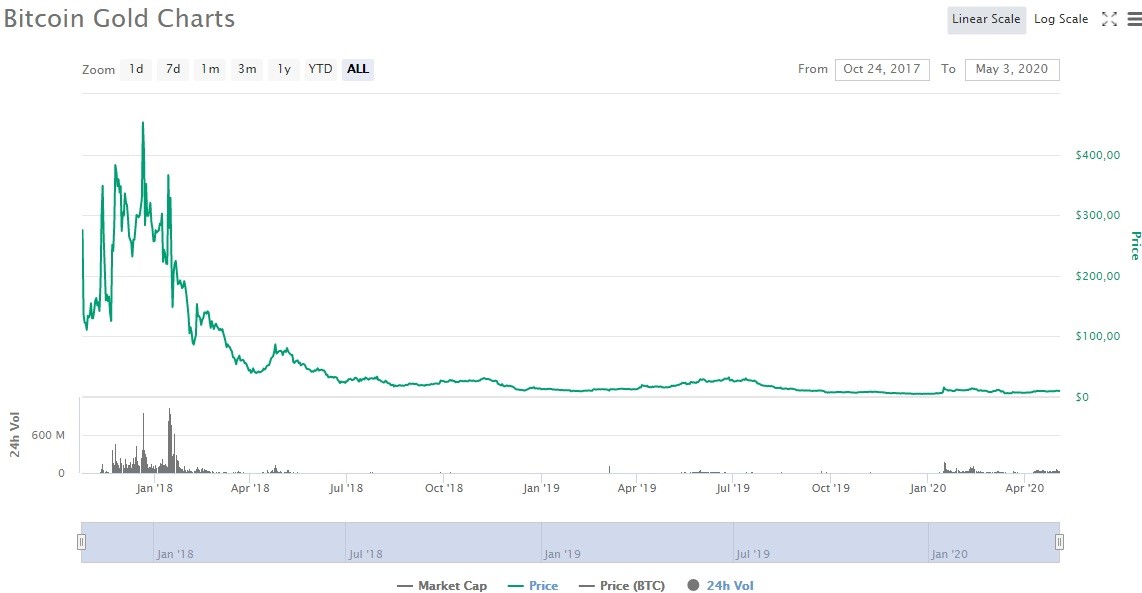 Nevertheless, for some reason, BTG is still ranked 38th, which, in all candor, is too high a rank for a coin of insignificant fundamental value and largely uneventful price action on the macro scale. But the market capitalization of $176 million keeps Bitcoin Gold above the more deserving cryptocurrencies, such as ICON or Kyber Network. The average daily trading volume is actually quite decent - fluctuating between $30 million and $144 million - although the lion's share of trading activity doesn't occur on reputable and high-liquidity exchange platforms, with LATOKEN being the only exception. Therefore, if you have the desire to trade BTG, consider registering an account on P2PB2B, Bione, or Coinbit.

Kept under the lid for two years

In general, the BTG market can be characterized as a stagnating one, but even such a market has its bullish and bearish phases that offer ample trading opportunities. The peculiar things that we notice on the daily chart straight away is a long-standing resistance area around $32, which BTG has been unable to breach for nearly two years. Therefore, even if Bitcoin Gold suddenly initiates a bull rally, and one would want to go long on this currency, the ultimate price target should lie no higher than $32 - bears' roadblock that is also fortified by the convergence with the 1.21 Fibonacci level. But BTG has a long way to go to hit that target with as many as 5 Fibo retracement levels lying ahead. 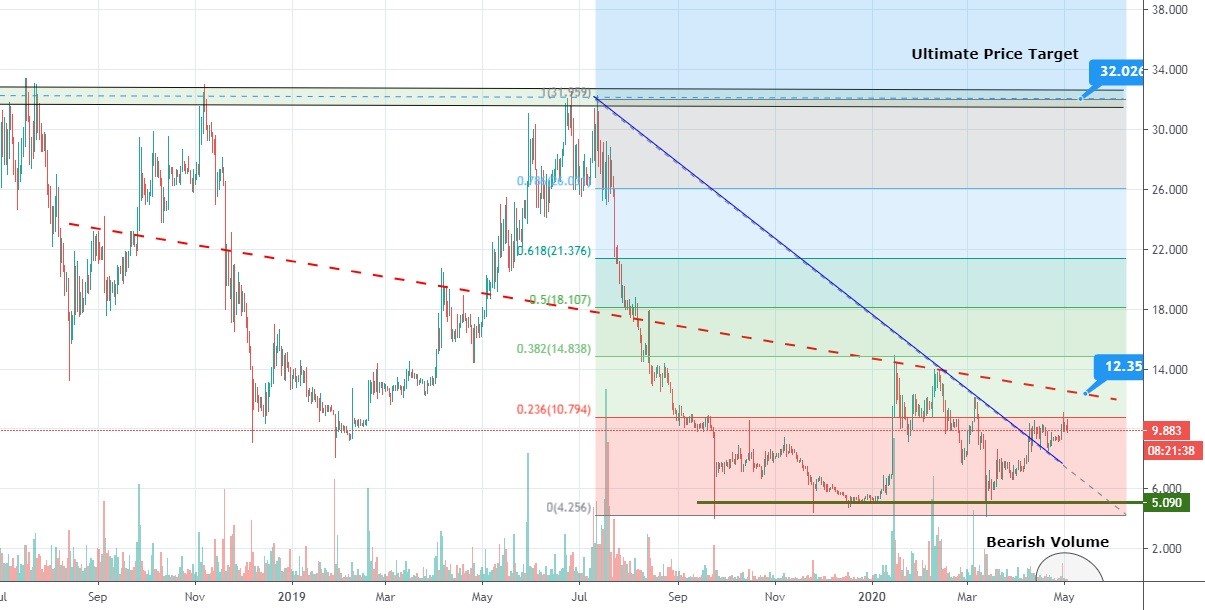 Presently, the forked coin is struggling to penetrate 0.236, but it has already made its way through the local resistance line and confirmed the breakout. But there is a secondary resistance that goes right across the next Fibonacci zone, which the price should meet at $12.3, or 16% away from its current position. BTG has nine days left before Bitcoin halving to breach that critical resistance and confirm its mid-term bullish intentions. Without such an incentive, Bitcoin Gold won't have enough potency since its trading volume profile has been mainly bearish lately.

All in all, Bitcoin Gold is in a very precarious position at the moment as its further price movement largely depends on the general sentiment in the post-halving cryptocurrency market. Should the halving go bust, Bitcoin Gold would be on its way to $5, the support level that the coin has been fancying for the past seven months.