Bitcoin Cash: The end of the rally or just a breather?

Bitcoin Cash, along with all forks of Bitcoin, has had a splendid rally over the period of the last seven days, which saw its inception on January 3, plotting higher with every single day, until it reached its current peak at $406.

Some traders participated in this rally to the fullest extent, while others had to jump on the coattails of price action. But nevertheless, the last week has been incredibly profitable for those who followed the trend and managed their risks properly.

However, it does seem like the rally is running to its conclusion as most coins, including Bitcoin Cash, have begun losing momentum.

As of the time of writing, Bitcoin Cash shows 28% gains from last week, but the bears appear to be trying to regain control, at least for a while. On the 6-hour BCH/USDT chart, the price has formed a bullish flag, which is a continuation pattern, signifying that the price could now go either way. 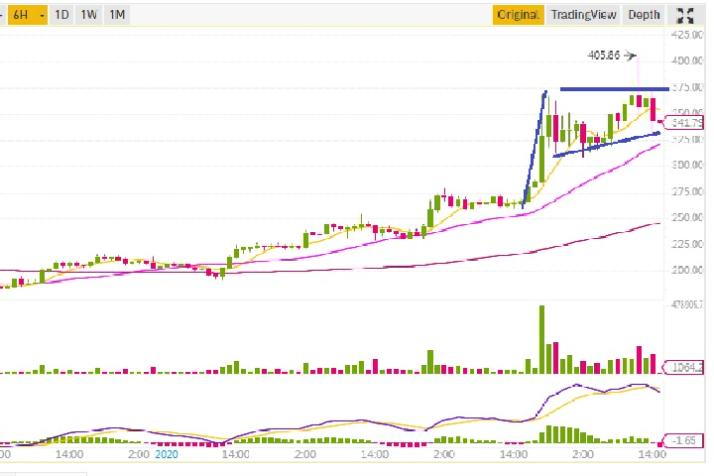 The trading volume also can’t tell much of a story here since it has been consistent throughout the last couple of days, with bulls and bears appear to be in a clinch. The best way to act in this situation would be to place a stop-loss in the area around $307 and go to a smaller time frame in order to be able to understand the context of the current price struggle.

On the 1-hour time frame, Bitcoin Cash has retraced decisively from the local high of $405.86 and is now approaching a firm resistance level at $315 at full speed. 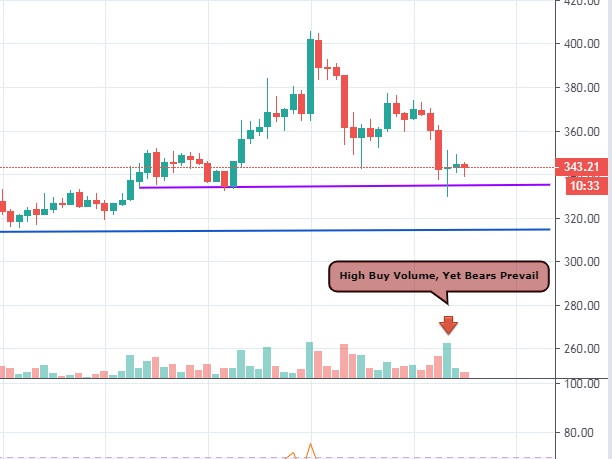 But before that, BCH would have to beat a weaker resistance at $333, which has so far been penetrated only by a lower wick of a green candle with a tiny body that formed along with a relatively high volume, therefore can be disregarded as a signal for reversal. However, the coin is currently at around 40 on the 14-day RSI, which indicates that it approaches the oversold territory that hints at the upside move.

On that very same time frame, the price has crossed the 7-day moving average to the downside while still trading above the 99-day MA. The 7-day MA has crossed the 25-day MA downward, which would be interpreted as a signal for a sell. 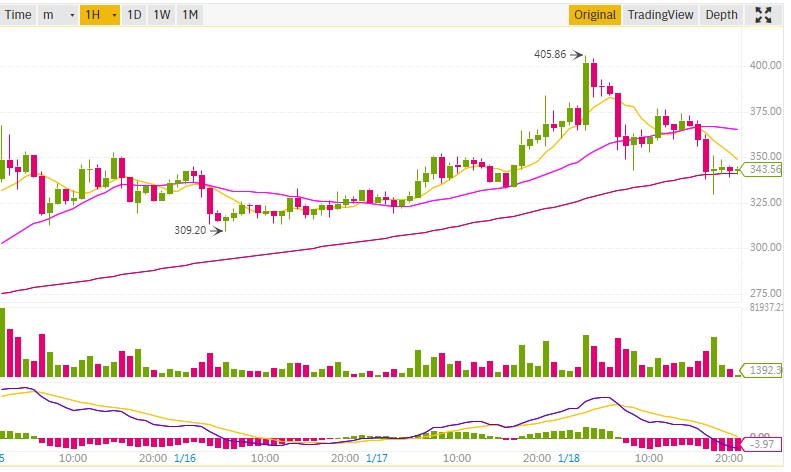 If BCH breaks through the 99-day moving average, it would mean a significant probability of bears taking control over the price action on this short time frame.

On a 12-hour chart, though, Bitcoin Cash has just begun crossing above 7-day MA, accompanied by a relatively high volume, which opens the possibility for a further move downward, towards the resistance at $318. 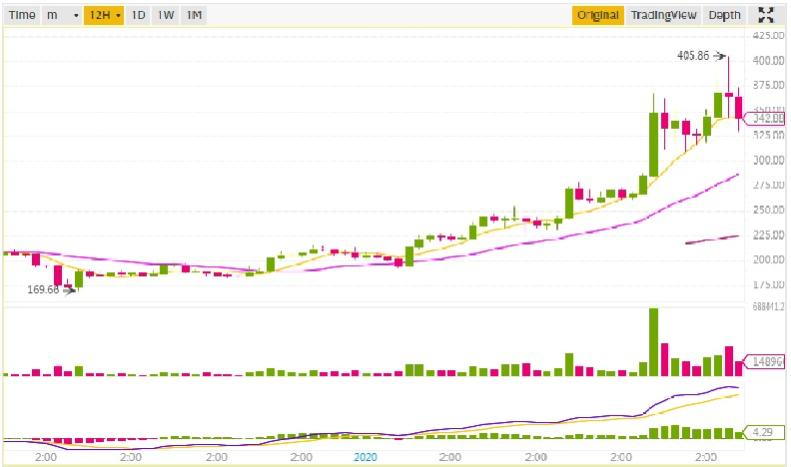 To summarize, the entire market is in a cool-down mode after a very profitable week, which could turn into a full-blown correction at any given moment. But we shouldn’t disregard the possibility of prolongation of the bull rally, should the bulls be able to withstand the current pressure from the bears. Now is definitely not the time for making big moves or opening long positions - just make sure that the stop-losses are in place and monitor the price action that will take place over the next few days.