Bitcoin Cash had shown almost miraculous gains throughout a short-lived bull rally of the beginning of 2020 - the profits were made continuously, and there seemed to be the general assurance that this fairy tale would continue up till the Bitcoin halving in May.

But things turned out differently for the cryptocurrency market and its top coins like Bitcoin Cash. Nevertheless, BCH came out of this situation with dignity, having retained over 30% of last year’s gains even after the gruesome crash in mid-March.

And now, the fork of Bitcoin is actually making slightly better strides towards full recovery than its forefather, though both coins do appear to have been moving in unison over the course of the previous month. 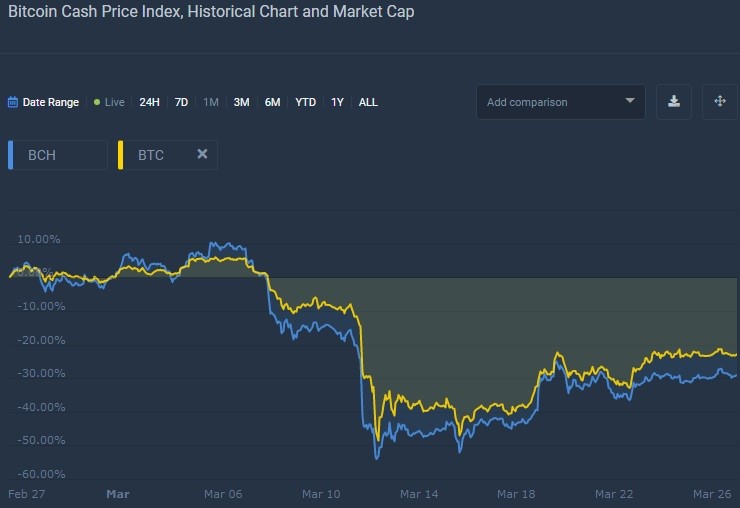 To be more precise, BCH has outperformed the dominating cryptocurrency by 6% - a seemingly slight edge that, nevertheless, allowed the 5th cryptocurrency to make a critical breakout and establish a higher consolidation range.

Gathering strength before the next move

Oddly, the price boost of Bitcoin Cash has happened on the back of the emerging news concerning miners leaving the BCH pools for the ones that are focused on the BTC obtainment, even though the mining difficulty of the latter had dropped by 16% due to the price collapse, which subsequently led to a substantial decrease of profitability of that enterprise.

However, it appears that such an exodus has had a converse effect on the price behavior of Bitcoin Cash, which went through two phases of partial recovery, now having only 13% to regain in order to get back to the pre-crash level. 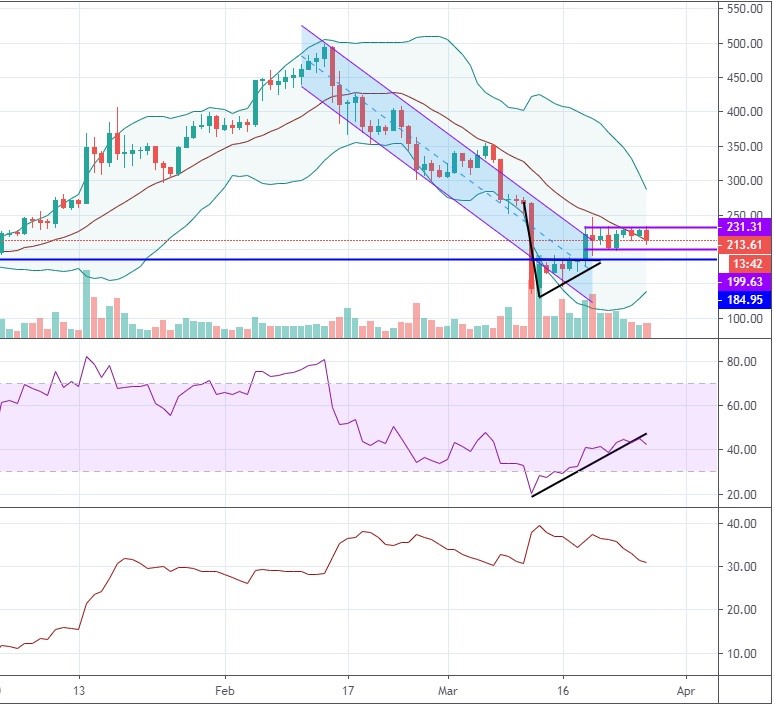 What’s interesting about BCH is that this coin seems to be forming a totally new trend structure after having broken the previous one of a downtrend with a rapid price drop and subsequent recovery. Moreover, Bitcoin Cash is one of the few cryptocurrencies that has already resolved the bearish flag formation and made it to the upside, thus showcasing bullish intentions.

Certainly, these maneuvers shouldn’t be perceived as a distinctive bullish signal, but it is a definite sign of the underlying strength of this particular market.

Right now, BCH is trading in the range between $199 and $231, which could linger for a relatively prolonged period of time, judging from the fact that Bollinger Bands have just begun drawing closer to each other, which means that traders should expect the price to first enter a squeeze before proceeding to the next phase of volatility.

The average true range indicator is also on the decline - therefore, traders shouldn’t expect any big price swings from Bitcoin Cash in the next few days to a week. The 14-period RSI is gliding along the 50 zone, though it has slightly deviated from the established uptrend, which is characteristic of the consolidation phase.

To summarize, Bitcoin Cash is arguably one of the healthiest cryptocurrencies among the top cohort, so it shouldn’t come as a surprise when it would become the first coin to fully reverse to a bull market once the ongoing crisis runs its course. Even if the bears apply significant pressure, BCH has a firm support level at $184.95, which should help it retain the foothold above $200.