The last few days brought a lot of excitement for traders as Bitcoin (BTC) went past the established macro resistance at $12,500 like a hot knife through butter on the backdrop of huge news about PayPal making crypto available to its 400 million users.

In a nutshell, the online payment behemoth had announced on Wednesday 21 that from now on, users could keep Bitcoin, as well as Ethereum (ETH), Bitcoin Cash (BCH), and Litecoin (LTC), in the respective wallets upon purchasing the coins with fiat on the platform.

Unfortunately, they won't be able to do anything but hold or buy/sell coins in their wallets for fiat. This news forced the cryptocurrency market, and Bitcoin, in particular, to come out of hibernation and explode to the upside, revisiting $13,000 for the first time since July 2019. 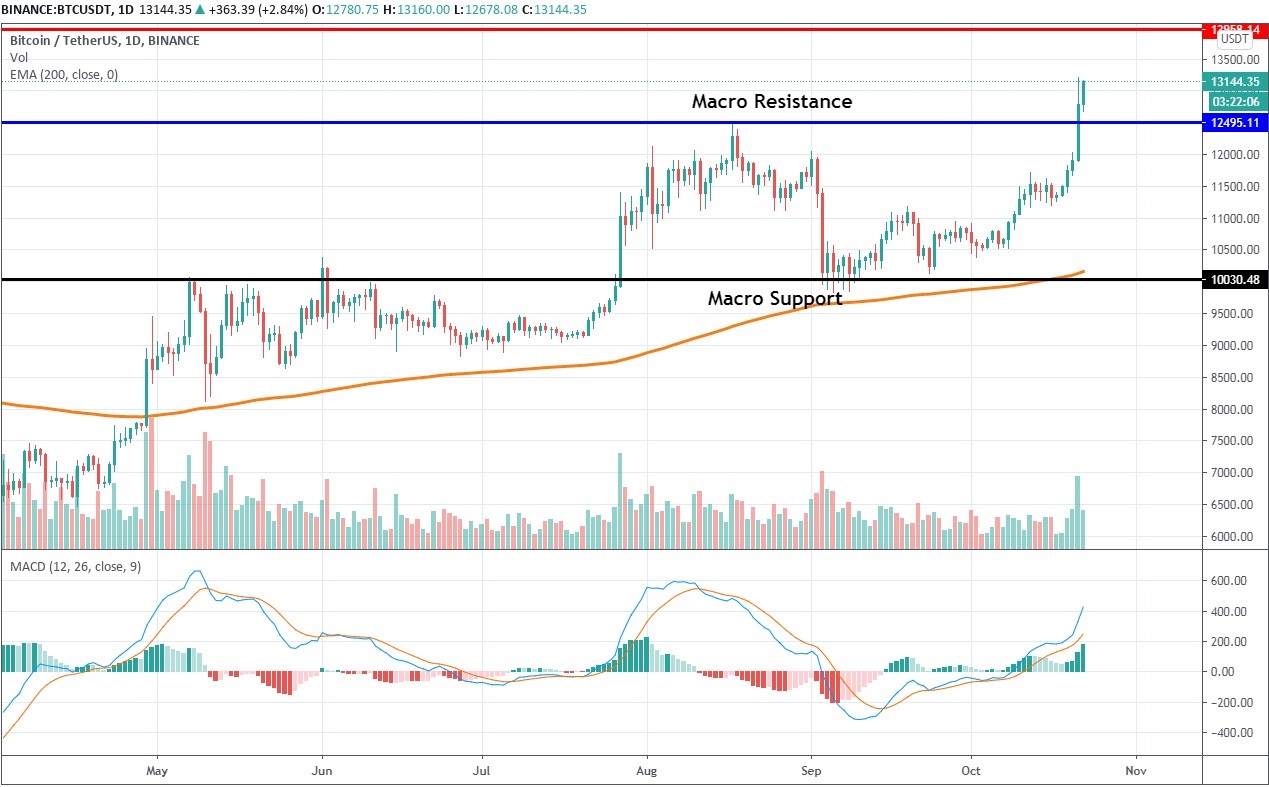 Naturally, Bitcoin went all-green on all time scales, as its gains from last week now stand at 15.2%, while its year-to-date gains now amount to 81.9%. This sight must be especially pleasing for crypto proponents, especially since the US dollar is sinking like a torpedoed battleship, whereas the S&P 500 seems to be unable to make any significant headway.

Presently, Bitcoin is valued at $13,080 after the 2.3% price rise in the last 24 hours and 17% rally in the past 5 days. BTC's market capitalization has followed suit and went up by $40 billion from $200 billion registered at the outset of the rally. The average trading volume has nearly doubled in the last 30 days, having surged from $23 billion on September 22 to the current $43 billion, suggesting that the rally is sustainable.

There has also been a noticeable rise of Bitcoin dominance from September lows at 56% to the present 61.34%, something that this market hasn't seen since May. 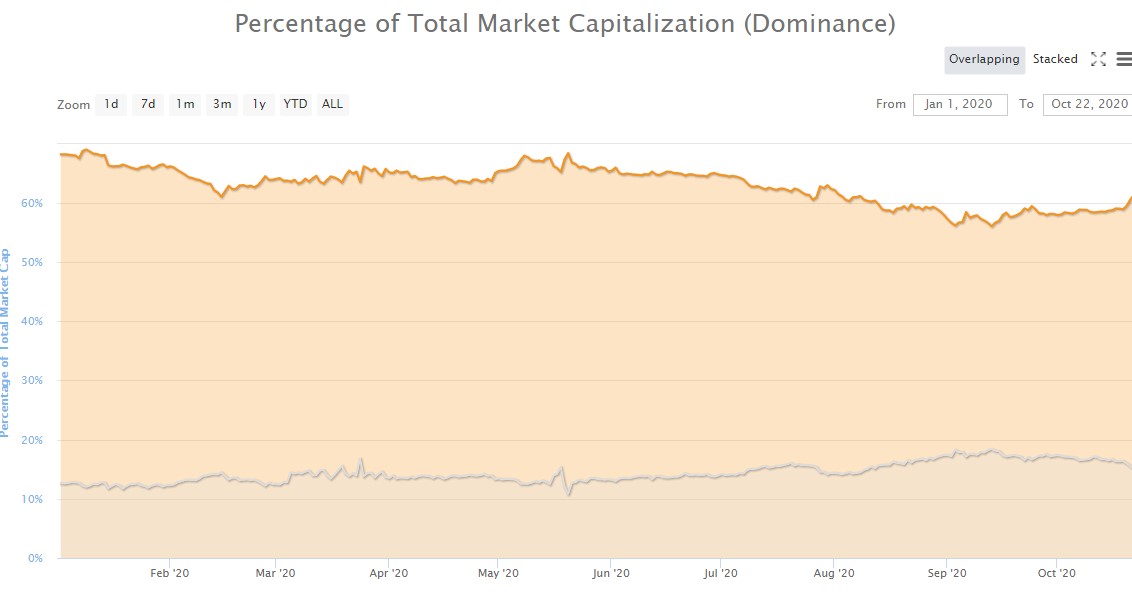 At the same time, the total marketcap of all altcoins experienced a significant drop, which usually occurs before BTC initiates a rally. However, much too often, we have seen equally sharp drops on the part of BTC shortly after such rallies, so smart traders shouldn't be buying into FOMO now and exercise extreme caution because the possibility of the whales taking profit at this level, and subsequently dumping the price to or below $12,000, remains quite high. The data shows that nearly all big holders are in the green, which means that they might want to cash out.

Basically, everything will depend on how Bitcoin will behave upon reaching the high of the previous year at $13,950. Obviously, if that level would be taken by storm, it would open a freeway to the all-time high and above. But if the price action starts to fade out at the approach to the said high, the market might well reverse into a steep correction that could take BTC to $12,000, and then we will see another extended period of consolidation, something that Bitcoin likes to do a lot.

Right now, we advise you to hold on to long positions and watch how the market behaves when it reaches $13,950. However, be careful not to become the victim of FOMO since the market is really volatile now and could reverse literally at any given moment.