Bitcoin (BTC): The Bears Are Prepared to Strike Back

After all the hype, and the accompanying bullish behavior of the price, that preceded the halving of Bitcoin, which occurred on May 12, after the last of 210,000 blocks had been mined, Bitcoin seems to have taken time off from any sizable gains (or losses). As of writing, BTC rests in the tight trading range between $8700 and $9700 that began to take shape after the post-halving 15% bullish impulse.

For the past several months, it has been typical for the Bitcoin price to consolidate for a prolonged period of time, which then was usually followed by a stint of high volatility, and the subsequent noticeable price movement. BTC is likely to adhere to that scenario during this cycle of price action, too, so traders should prepare themselves for an upcoming strong impulse.

Indecision that favors the bears

Bitcoin's dominance over the altcoin market is one of the first things that has to be taken into consideration when trading. As things stand, BTC had been losing weight significantly in the overall market capitalization, as its dominance went from being at 69% on May 7 to 65.8% on June 6, before it began showing signs of bottoming out, thus giving altcoins some breathing space. 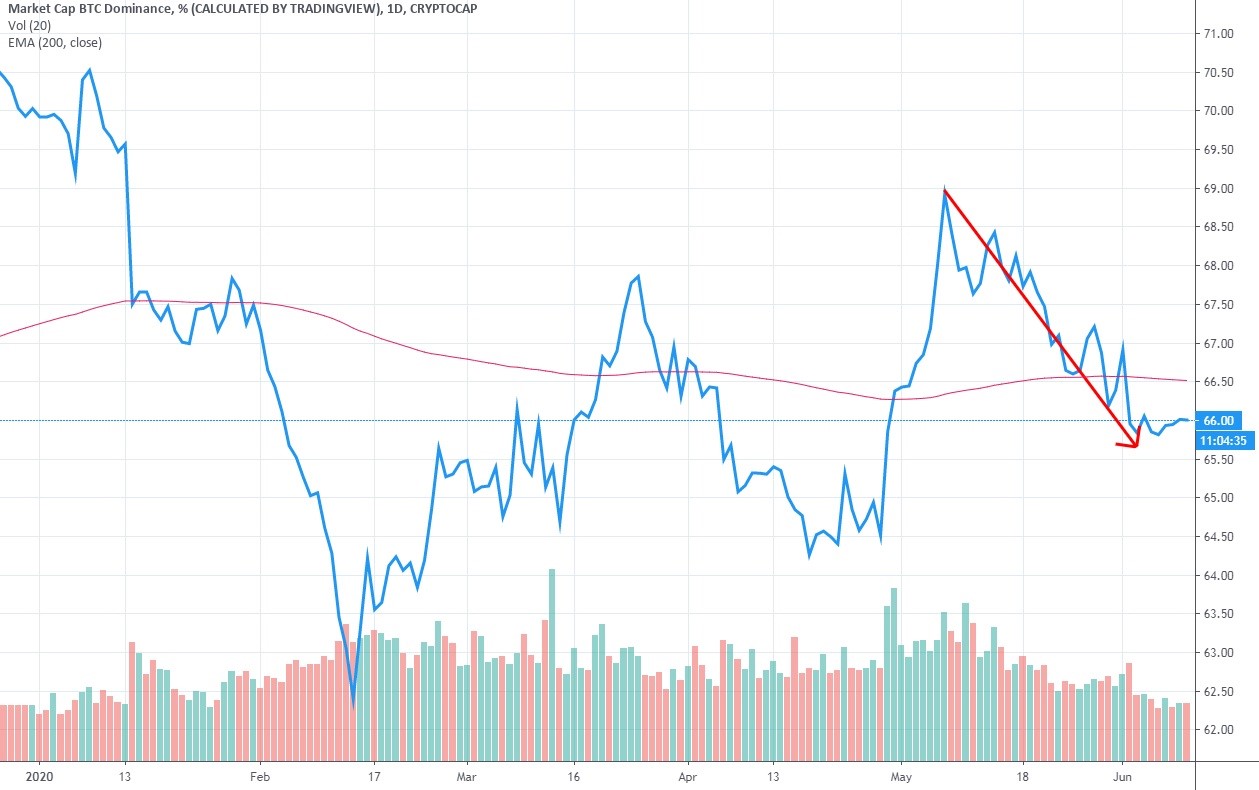 The decrease in dominance was also accompanied by a literal collapse of Bitcoin's hashrate, which in the post-halving period had dropped from the all-time high at 137 EH/s all the way to 84 EH/s, almost beating the yearly low.

The hashrate has already made a rebound and began a recovery, which brings us to the conclusion that the price reacted firmly and showed the underlying strength of the bulls who managed to sustain the hashrate drop without letting the price go to the downside. However, this show of resilience resulted in the underwhelming gains during the last 30 days, which amounted to the measly 3% against USD, and even recorded a 13% loss against Ethereum over that period of time.

Also, there has been a significant drop in Bitcoin mentions on social media, Twitter in particular, which signifies the loss of interest towards the first cryptocurrency from individual investors.

Therefore, traders should expect a large influx of money from retail buyers any time soon, so the bullishly-minded would be on their own should the bears decide to apply the additional selling pressure.

The price action has already given a hint on the daily time frame about the approaching bearish period. 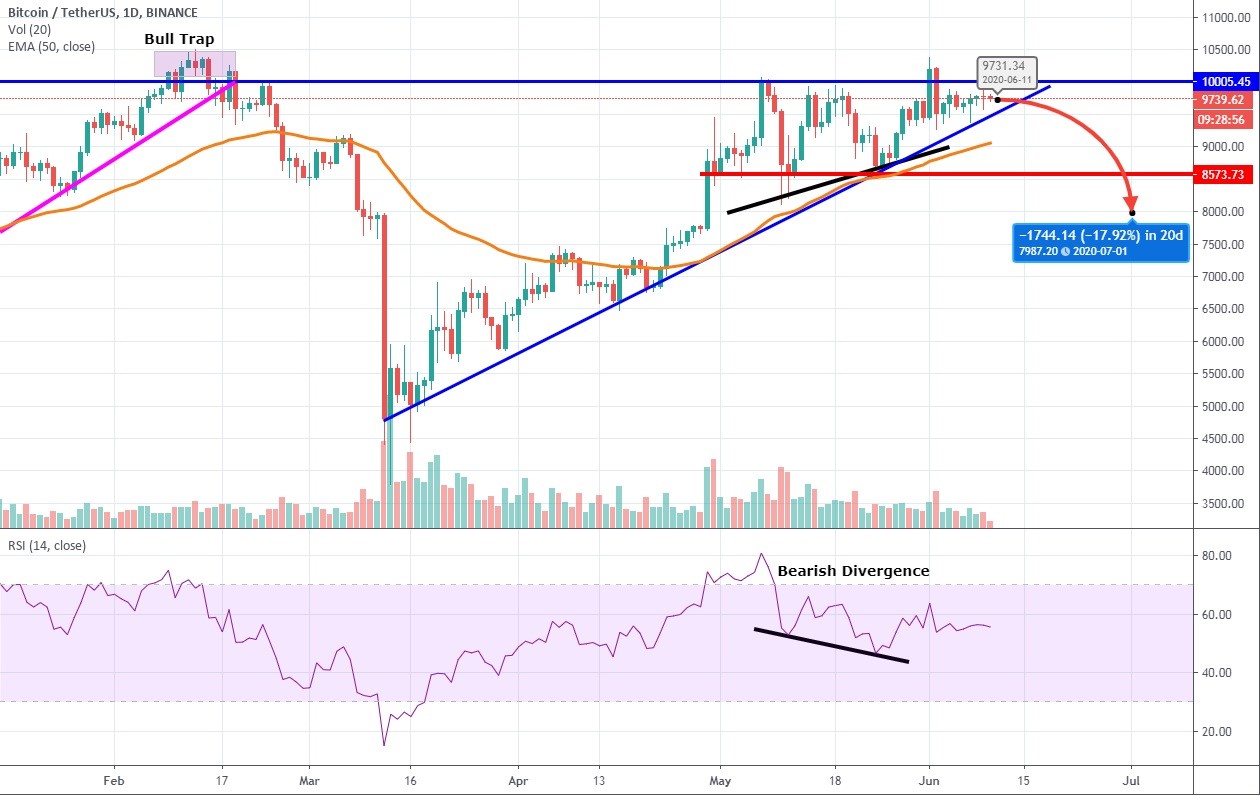 Notice the evident bearish divergence on the 14-period RSI, which emerged throughout May, as the indicator made both lower highs and lower lows, while the price did the opposite. The complexity of the situation in this market lies in the fact that the price of BTC has actually approached the edge of the ascending triangle, the upper resistance of which constitutes a seemingly unconquerable level at $10,000 that Bitcoin has been knocking at since November 2019. Last time Bitcoin tried to break a similar pattern to the upside was in December 2019, and it resulted in an infamous capitulation that began right after the bull trap.

This time around, there won't necessarily be a bull trap, but the presence of bearish divergence on RSI and the inability to break the resistance after multiple tries leads us to the conclusion that Bitcoin is going to experience a significant pullback below the psychological level at $8500 and down to $8000.