Despite numerous bearish signals that traders had seen on Bitcoin charts, the first cryptocurrency defied the expectations and went on a bull run that added 15.7% to its USD value in just one week, and 21% on a monthly scale. This move had indeed stirred up all traders, but the elevated interest was caused merely by the previous lack of impactful price action.

Ever since the Bitcoin halving, which happened more than 80 days ago, on May 12, the price of the dominant cryptocurrency hasn’t left the channel between $9000 and $10,300. Starting from June 1, BTC has actually been plodding downward in a tight descending channel, while all major indicators had been dying down along with the price action.

The probable reasons behind the awakening of Bitcoin

But as it often happens in the cryptocurrency market, the price made a sudden turn and sprinted to the upside, breaking the long-standing resistance at $10,300 along the way, which, as always, caused a big stir in the community of traders and experts. All news outlets exploded with bullishly-toned headlines and created hype that attracted retail investors from the outside and served as a driving force for the latest impulse. 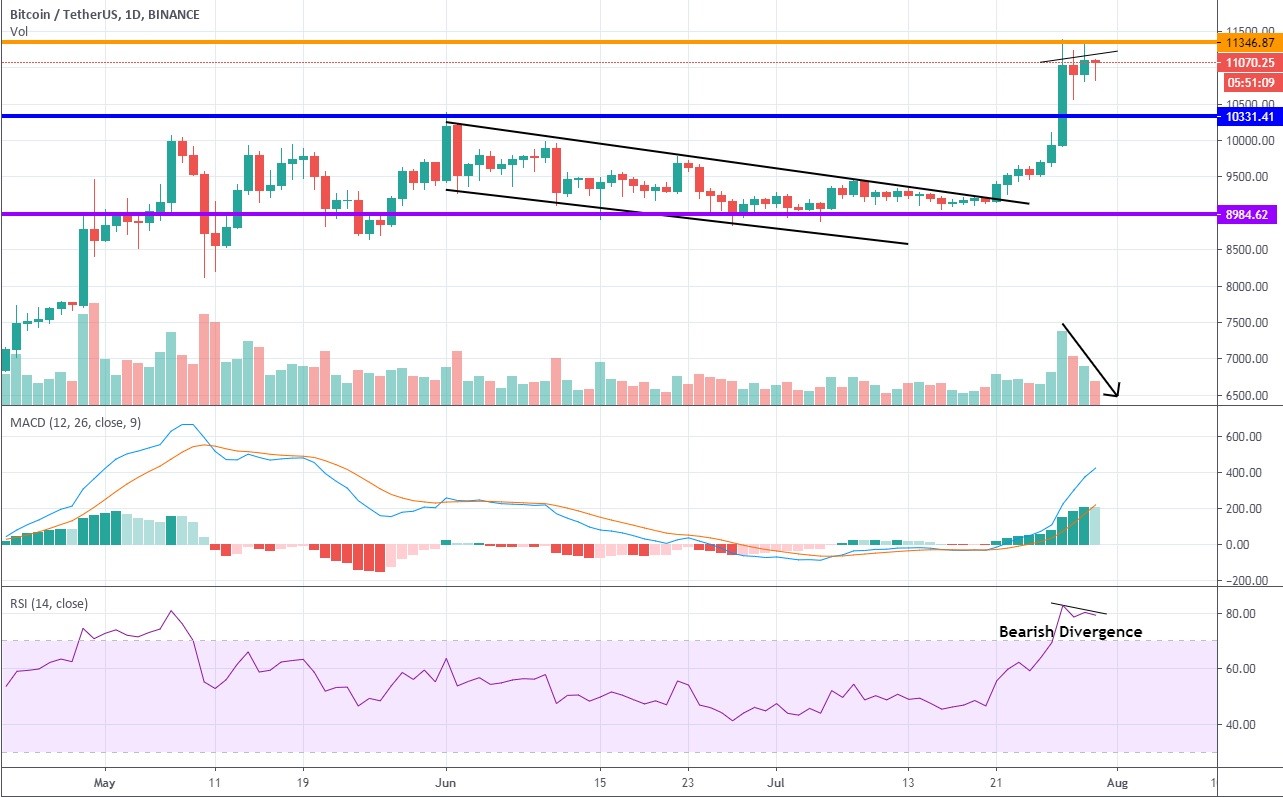 Besides, the run was also instigated by the liquidation of $500 million short positions in the derivatives market, as well as the record high trading volume of Bitcoin monthly futures on Bakkt.

On the side note, Bitcoin also featured in some positive news unrelated to trading, like the one where the Iranian authorities allowed local power plants to mine BTC in their facilities legally, or when the subsidiary of Fidelity Investments dubs the cryptocurrency as a promising store of value and financial safety bag.

The expectation of the commencing bull market could be premature

However, a disciplined trader has to ignore the noise raised by the media and rely on hard data and technical analysis when trying to make the Bitcoin price prediction. Certainly, the awakening of Bitcoin from its lethargic sleep has livened up the market and gave it an additional push to the upside as many altcoins have engaged on the rally of their own. But the reality is that despite the strong bullish charge, the price remained under the bearish lid, represented by the resistance level at $11,300 that had been breached only twice in the past year, but then got pressurized down and under. 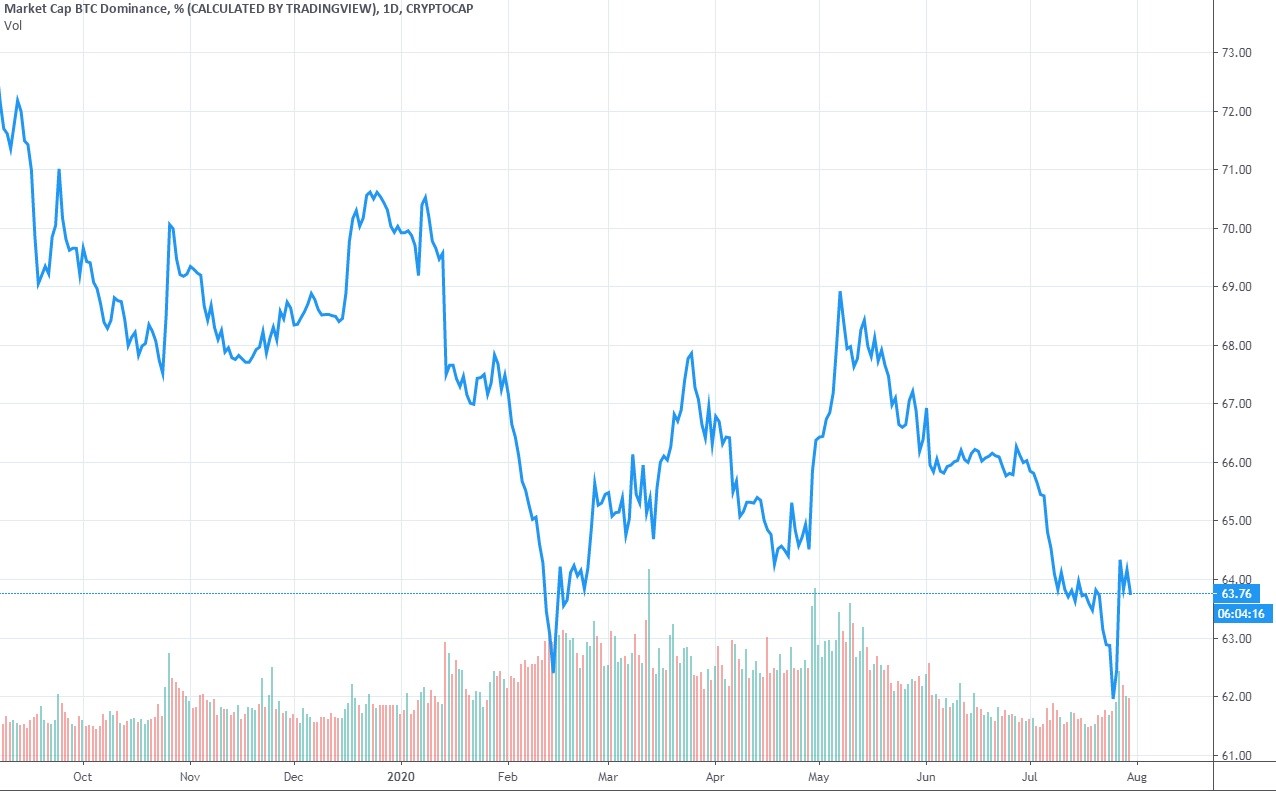 There are several factors that speak against Bitcoin going above $11,300 and establishing a foothold there in the coming days.

This is a tricky situation since, as we have already noted, Bitcoin tends to defy the expectation lately. Therefore, despite showing clear bearish signals, BTC could well explode to the upside again, and go for $13,000. Right now, we would recommend employing a hedging strategy and wait for the resolution at $11,300.