Bitcoin (BTC): Are We Looking At Another Bart Simpson Pattern?

We are now able to state with certainty that the intoxicating hype around the halving event had died off completely, and now the market is suffering through a bad hangover that results in almost total stagnation of price action. The psychological level at $10,000 has once again remained unbroken, and now Bitcoin is plodding strenuously to the downside.

Before the halving, we have seen literally hundreds of BTC price predictions and schematic charts that depicted the further direction of the price, most of them being exceedingly bullish in the long run. The fact that Bitcoin will eventually reach and surpass the all-time high is almost certain, but at this particular juncture, things aren't looking bullish at all.

Is Bart Simpson here to play a dirty trick on Bitcoin?

In a nutshell, the Bart Simpson pattern occurs when after a period of significant growth, like we have seen on the part of BTC after the COVID-19 market crash, the price stumbles upon a rock-hard resistance ($10,000), get choppy and start ranging with the inclination to the downside. As you could have probably guessed, this pattern is visually reminiscent of the spiky haircut of the mischief-maker from the famous cartoon series. 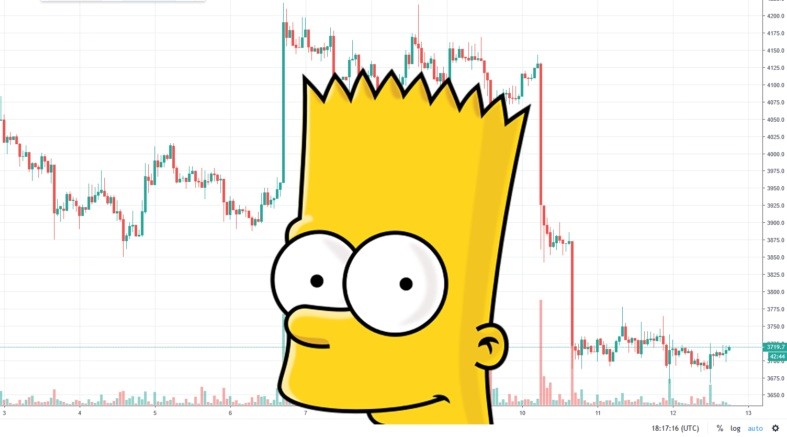 Example of the Bart Simpson pattern

Now, please take a look at the daily BTC/USDT chart that bears a clear resemblance to the pattern above. While it is not a textbook formation per se, over the time, Bart Simpson has proven itself as a reliable bearish signal if confirmed by the corresponding indicators. 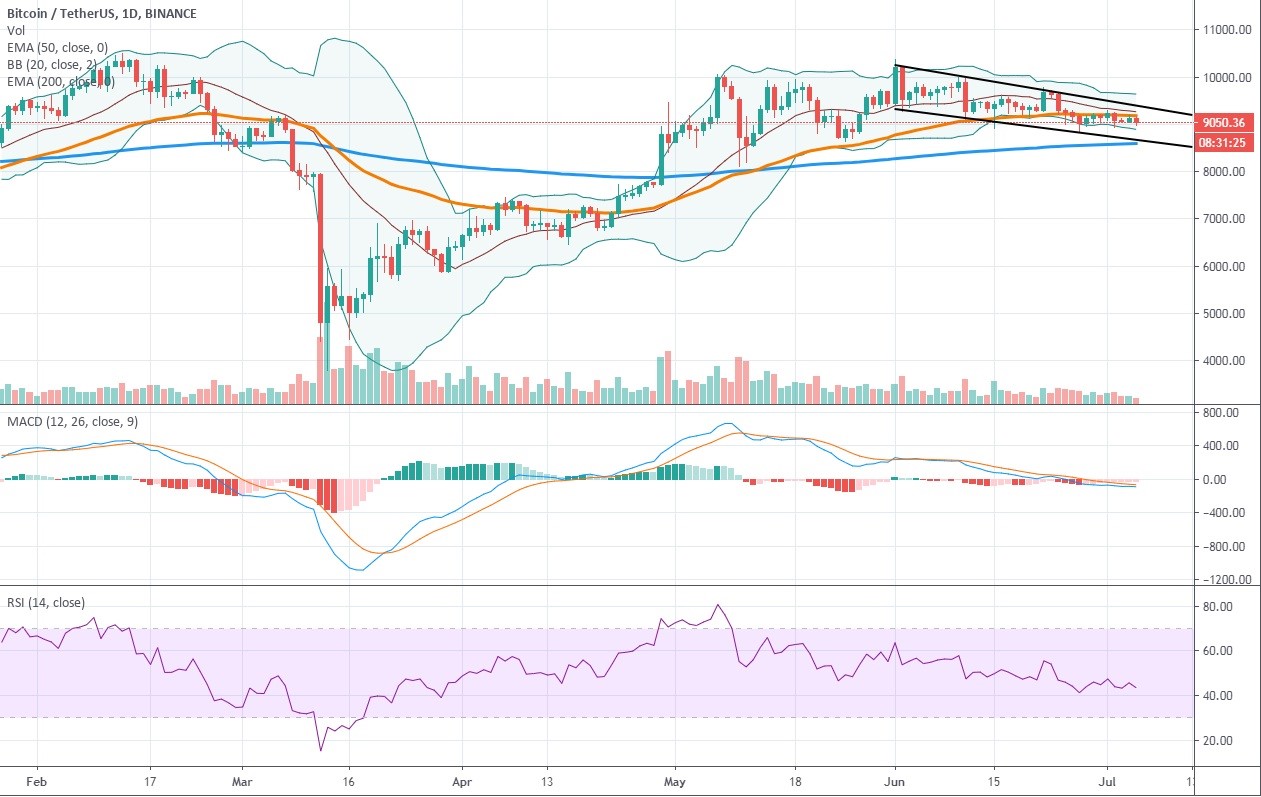 On top of that, we see that the price is already squeezing into the descending channel that begins to dissolve the uptrend structure. The sharp drop of mentions of Bitcoin in social media, Twitter, in particular, shows that retail investors have lost interest in the first cryptocurrency, and traders mustn't rely upon the influx of money into this market any time soon.

As expected, there has also been an enormous drop in mining profitability post halving that still keeps on sliding down, which could force miners to sell the previously obtained coins.

To summarize, we reckon that the price of Bitcoin is bound to drop to $8500 - $8600, and the further course of price action would depend on whether the buyers would be able to keep the price above the 200 EMA.