Month after month, the Binance organization and its ever-present CEO Changpeng Zhao unfailingly prove that Binance is probably the most dynamically developing ecosystem for cryptocurrency traders and entrepreneurs, the fact that finds its reflection in the price action of Binance Coin (BNB).

The past three months, however, weren’t particularly fruitful for the most popular exchange cryptocurrency that has already entered the top 10 ranks after receiving a boost of its market capitalization that now stands at $2,7 billion, only $130 million away from that of Litecoin (LTC), arguably the most disappointing cryptocurrency of this year.

The chart below tells us that for the past three months, Binance Coin had been kept under the lid, but the buyers managed to push the price above that resistance at the tail end of June. 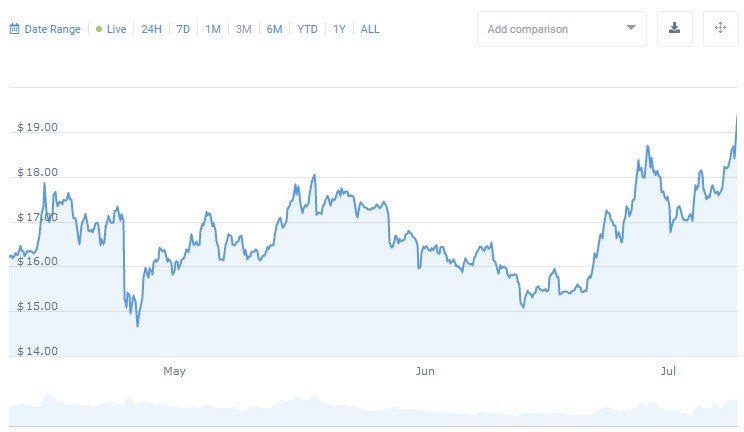 Such a positive price action on the part of Binance Coin was caused, in no small way, by the 12th burn of BNB token during which the company got rid of the record-breaking 3,4 million coins, which is the equivalent of $60,5 million, the biggest token burn in the history of this organization.

On the side note, Binance has recently partnered with CM-Equity, a well-known investment firm from Germany, to facilitate the provision of financial services upon the issuance of the physical Binance Card in Europe. We reckon that these factors, along with the ceaseless improvement of the exchange platform itself, will catalyze the further bullish price action.

As we already noted, Binance Coin has been gridlocked in the range between $15 and $18.3 since the beginning of April, having offered a lot of opportunities for scalping and trading in the range. But the recent events, described above, have given the bulls the much-needed incentive to push the price above the crucial macro resistance at the second attempt. 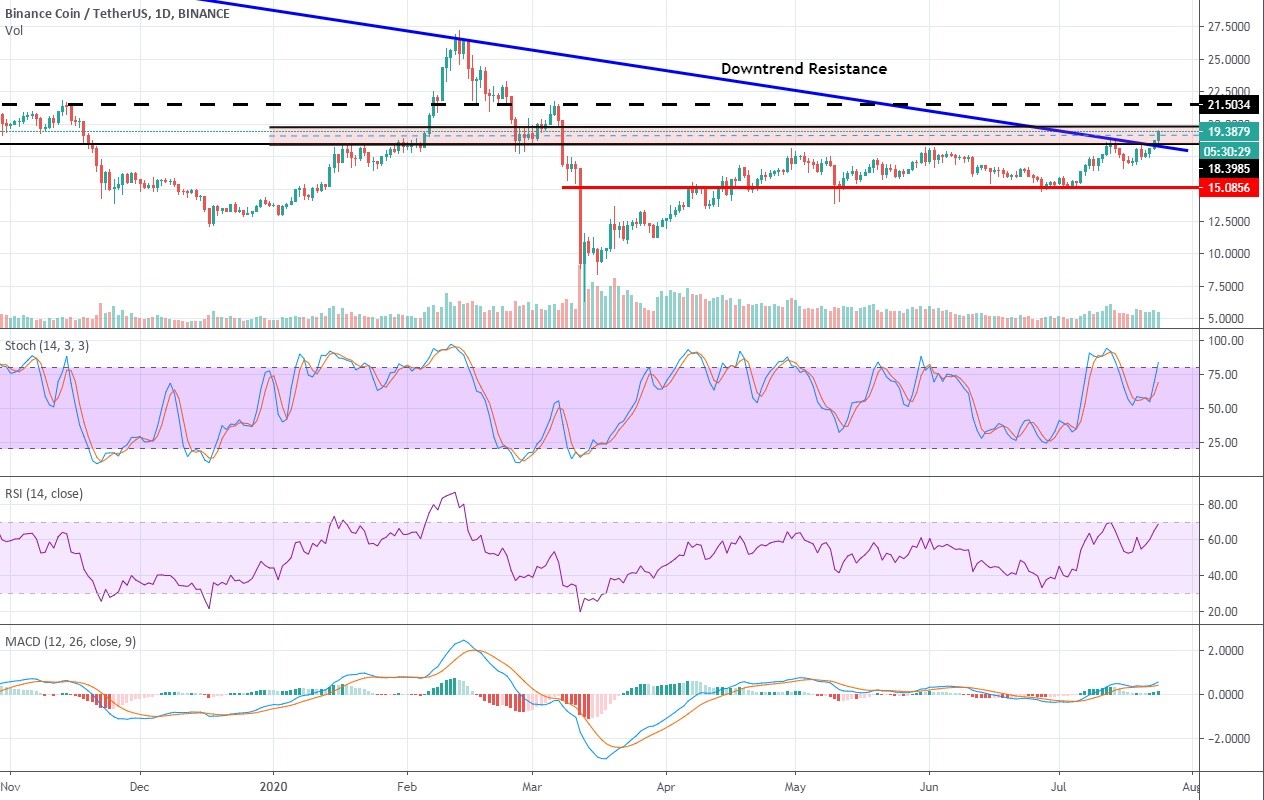 The breakout wasn’t fully confirmed as the price is yet to test the newly-found support, but the overall context appears to be increasingly bullish. In order to provide that confirmation, Binance Coin needs to drive through the designated zone of frequent price interaction and entrench above $21.5, the previous lower high. Given that Bitcoin is also displaying the signs of revival, the entire cryptocurrency market would follow suit, hence allowing BNB to gain the 12% - 15% required to beat the said lower high.

Besides, the indicators are largely favorable to the exchange coin as none of them has fully trespassed the overbought territory, thus giving the space for the bulls to push the price higher.

The 14-period RSI has been neutral ever since the market crash, showing that the participants are still consolidating their positions. But now it stands at the waterline, aiming higher; therefore, the bulls will have another go at $21.5;

To summarize, we have to doubt that in Q3, traders will witness the further revival of Binance Coin, accompanied by the trip above $21, which could be followed by a bullish rally once Binance Cards become available in Europe.