The Binance exchange platform is now going through very challenging times due to the worldwide financial crisis that threatens to transform into a full-blown recession. As of the day of writing, the total trading volume across all exchanges has decreased by 18%, continuing the downslope that began from the very first day of March. The volume associated with Binance, though, has dropped even more - by 32% on a day, also signifying the looming liquidity crisis.

Obviously, Binance Coin couldn’t have circumvented these overwhelmingly negative occurrences as it has depreciated in value by 60% in a span of the previous week. There’s no need to reiterate the story of a colossal crypto market crash, which traders will remember forever, or, at least, until the next comparable recession harbinger, which would surely come someday after the one we are witnessing today. 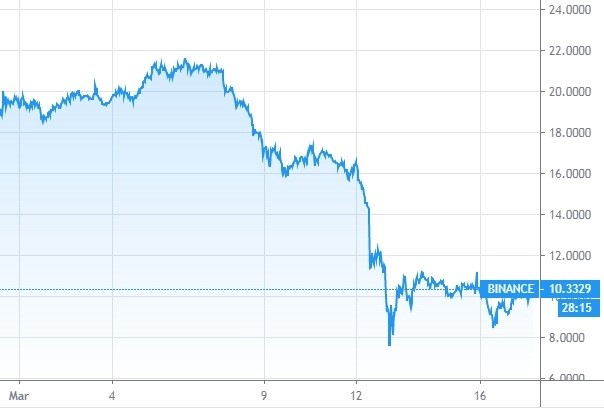 Now, traders have to learn to adapt to the current situation and elaborate on the strategy that would allow for the intense accumulation of BNB since now is probably the ripest time for supplementing portfolios with cheap coins of the highest grade, which surely includes Binance Coin. Of course, there is absolutely no guarantee that the market won’t go through another phase of nosediving - nothing can be certain in these turbulent days - but right now, it is consolidating around the price level of $9.9, eyeing the $12 target.

Moving within the tight trading range

Following the massive crash, BNB has predictably entered the period of consolidation, which is still marked by the higher-than-usual volatility. After reaching this year’s low at $6.38, thus eliminating the gains of 2020, Binance Coin has recovered to $11. This price level also served as resistance back in December 2017, which preceded the secondary uptrend of January - July 2019.

This is not the reason to state that Binance Coin totally respects support/resistance levels - none of the cryptocurrencies does in the current situation, making the analytical work that much harder - but at least the coin displays some intentions of getting back in order, at least on shorter time frames. On the longer ones, however, the picture remains as mixed as it gets. 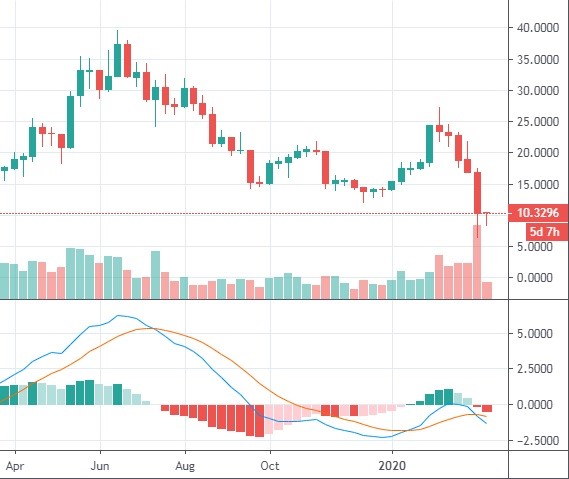 In hindsight, we can see that the market had been showing many signs of the impending disaster, which the experienced traders must have anticipated.

Starting from February 17, when the price of BNB had smashed into the ceiling at $27.2, it began a gradual yet persistent decline, always opening below the previous week’s close, thus giving signs that the downtrend would only gain momentum. Binance Coin is at the crossroads in this particular time frame as this week’s candle has still opened lower, though the size of the lower shadows tells us that the bulls are trying to push back. However, last week, MACD performed a bearish crossover and is now moving downward, away from the zero-line, which is a clear sign of the continuation of the bearish trend. The next price depreciation might take BNB to $5, where it would have better chances of bottoming out. 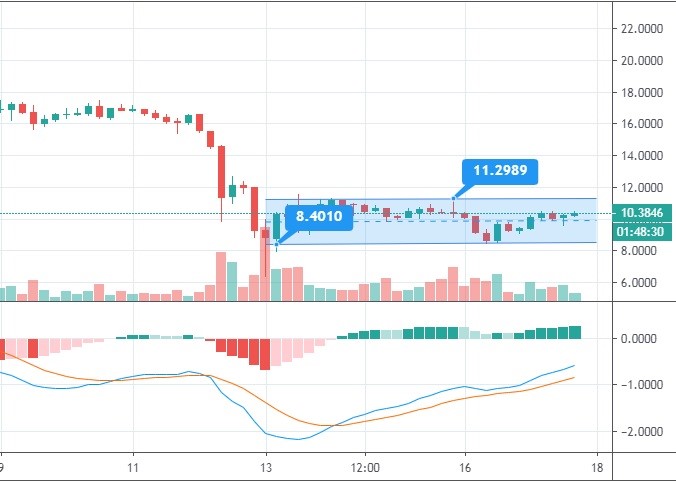 The 4-hour time frame might provide a slightly better insight into what’s brewing within the BNB market. It turns out to be a sour mixture of indecision and fear as the coin has been trading sideways for quite a while, but the volatility remains off the charts because the present price corridor has formed between $8.4 and $11,2, which are 35% apart.

It appears that this range suits the market players who are lying low, at least before the US administration infuses the stock markets with hundreds of billions USD in another effort to stimulate the recovery. In that case, Binance Coin could make a short spurt to $12 - $12.5, but that would definitely not constitute a buy signal. Just try to lock some profits, set the stop-loss smartly, and sit tight or try to accumulate BNB, or any other coin to your liking.