Considering the rate at which the majority of top altcoins have been increasing in value over the past couple of months, the performance of Binance Coin (BNB) has been relatively disappointing. While the neighboring digital currencies, such as Chainlink (LINK) and Cardano (ADA), have been making monstrous strides to the upside, BNB remained modest in its gains, which is evident from the table below.

But despite the fact that so far, Binance Coin has been participating in the present bull rally rather passively, it already finds itself priced at $21.82, and in close proximity to this year's high at $26. BNB still remains the top exchange coin that is backed by the continuously developing infrastructure and ecosystem that will do great in the long run. Right now, however, traders should avoid extrapolating the success of coins from the DeFi space onto Binance Coin, which appears to be moving at its own pace. 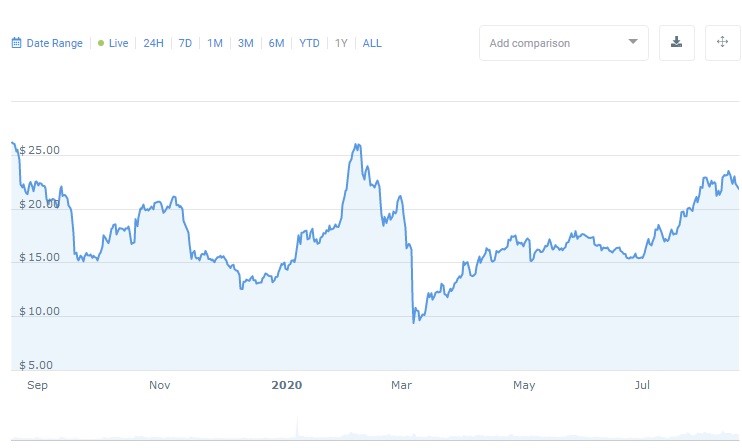 We haven't seen any significant price swings since the price began recovering after the last market crisis. So far, we are witnessing smooth progress on the part of BNB that affords for comfortable trading inside the rising channel.

A yearly high or a correction - what awaits Binance Coin?

The weekly BNB chart reveals that the advance of the bulls was stopped at the level of $24 and rejected to $21.79, which is a worrying sign for traders who opened a long position, hoping that the price will go for a new yearly high right away. 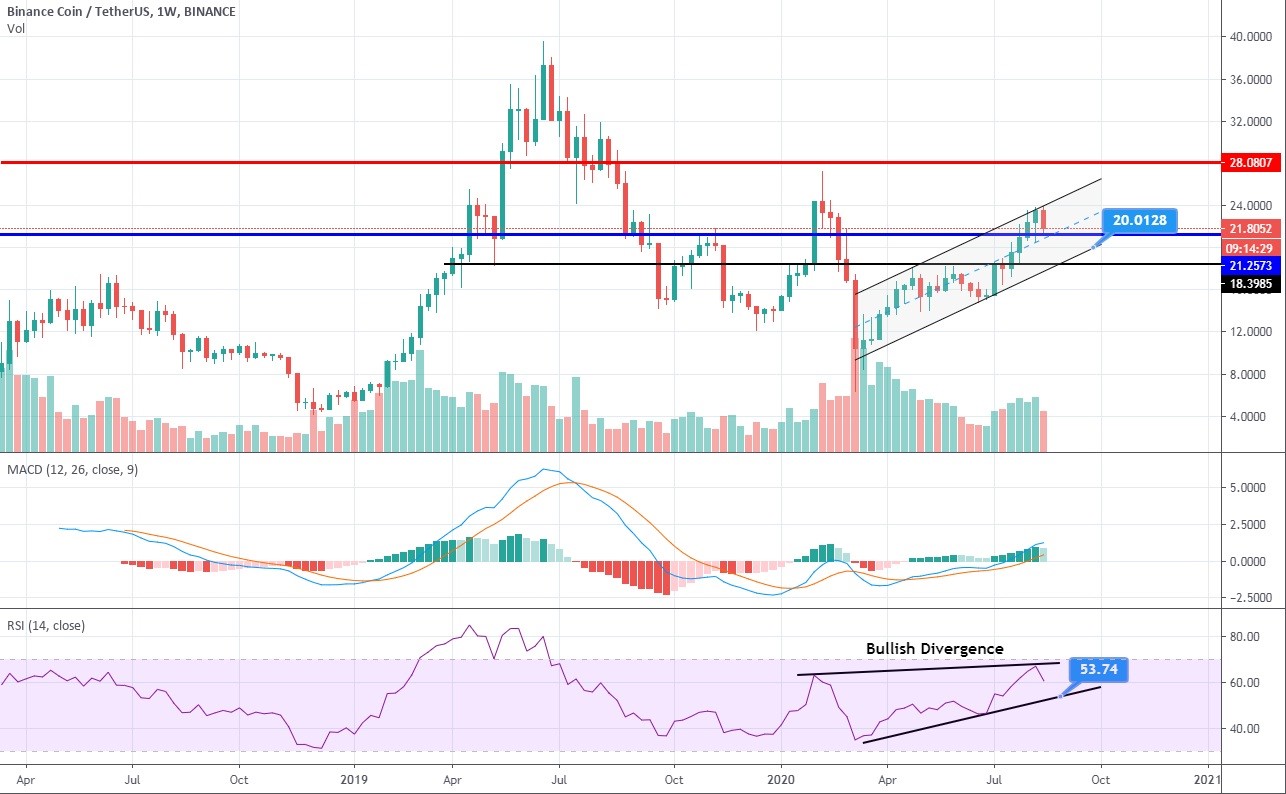 At this point, it is still unclear whether these developments would entail a correction, since BNB has failed to overcome the resistance at $24, or would they turn out to be a natural stage of development of the bullish flag pattern. On the one hand, BNB didn't compromise the rising channel's borders, so this rejection could be the natural stage of the uptrend progression. But on the other hand, we see a substantial drop in trading volume, compared to the previous upswing-retracement cycle, which suggests that the buyers are less eager to stock up on BNB now, while the sellers are stealing the initiative. Besides, the bears have successfully defended the level at $24 that might considerably cool off the bullish sentiment.

All in all, BNB finds itself in a precarious situation because further retracement might be perceived by some traders as the commencement of correction and force them to sell, thus expediting the price fall. These traders should keep in mind that Binance Coin respects the ascending channel, so the retracement even to $20 has to be deemed as the natural progression of the trend.

Important price levels to watch: $21.25, $20 (the predicted bottom of retracement), $18.39 (falling below it would cancel the bullish agenda), $28 (the predicted new yearly high and the tough resistance level).