Binance Coin has entered the first summer month being immensely dull in terms of price action as it continues to stagnate ever since it met the resistance at $18. This price behavior has been characteristic of almost the entire cryptocurrency market after Bitcoin had its halving, the aftermath of which brought disappointment, rather than raised expectations, to everyone except scalpers.

BNB has been no different from the majority of altcoins as it has done virtually nothing but nibbling around the edges of the 200 EMA that defines the trend direction. Presently, the moving average is slightly inclined to the bearish side, but overall, it remains flat, which could only mean that Binance Coin intends to keep on flowing within the confines of the range, without making any moves against the general market.

There is probably no better combination of indicators for determining the possible finalization of the consolidation phase than Bollinger Bands (BB) and Average True Range (ATR). Both tell traders that Binance Coin could have a significant price drop over the next five to ten days. 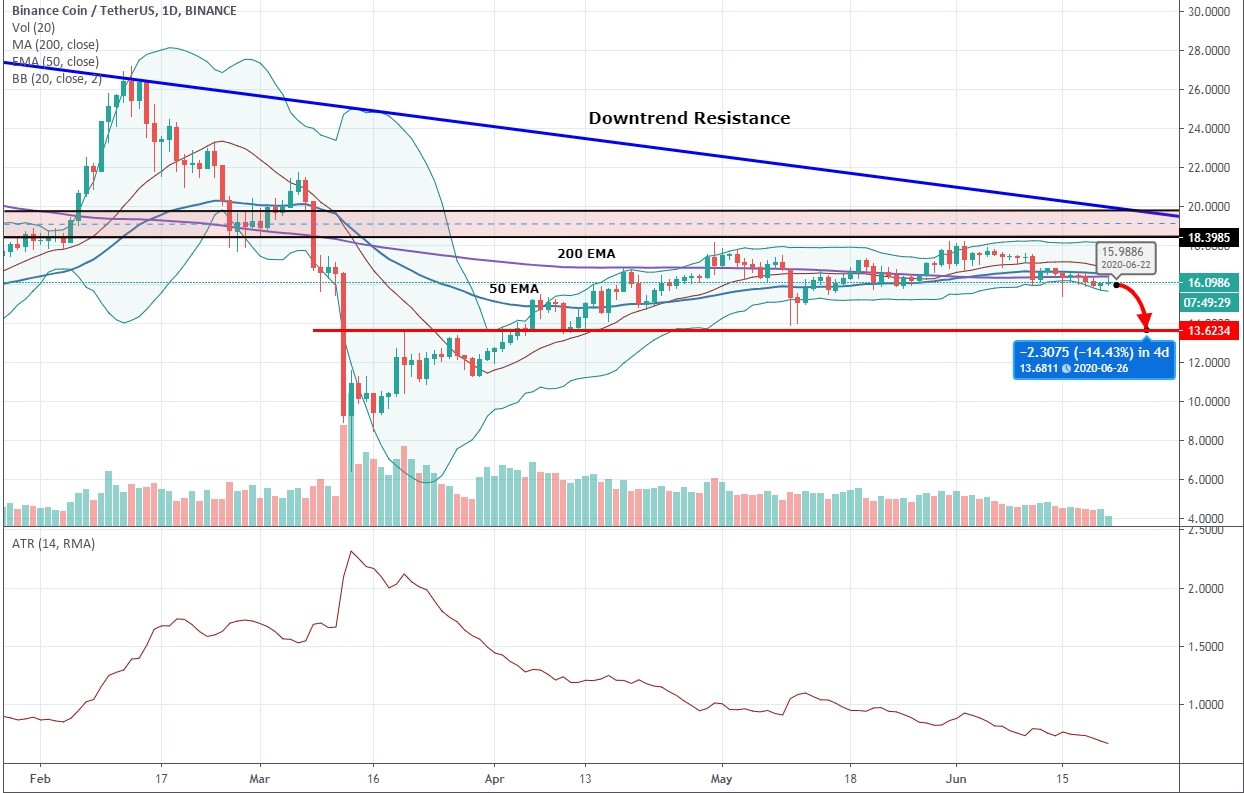 The chart above shows that the price is bouncing off a triple resistance level that combines the 50 EMA, 200 EMA, and the middle line of Bollinger Bands, which are forming a tight squeeze. The lower line of BB has already shown a tendency towards expansion, while the upper one remains flat - it could be interpreted as the commencement of a sizable price drop, possibly similar in its depth to the ones BNB had on June 11 (8% drop) and May 10 (17% decrease), although the possibility of a larger selling pressure should also be taken into consideration. The ATR has been on a steady decline, now heading to the extreme lows at 0.5, hitting which could trigger the reversal and the start of the period of volatility that would coincide with the price drop.

The chart below shows the most important price zones, which have been determined after analyzing the order book. 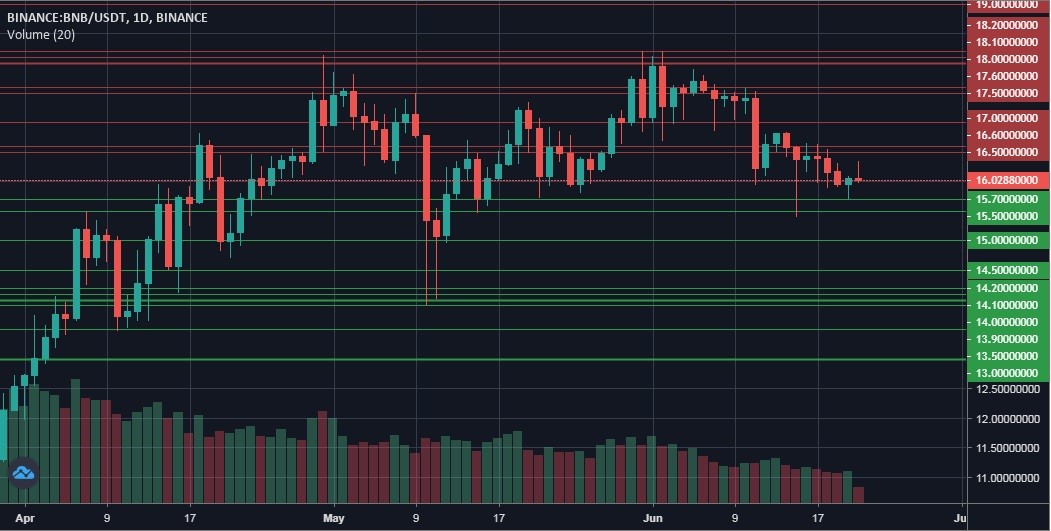 It is evident that the bears organized a better defense of the zone above $16.5 as it has more large order blocks, compared to the area below $15.7. Besides, there are significant gaps between each point of probable support, which tells us that in case of a sharp break to the downside, BNB would go into a freefall all the way to $14.2, where it would encounter a serious buying pressure. 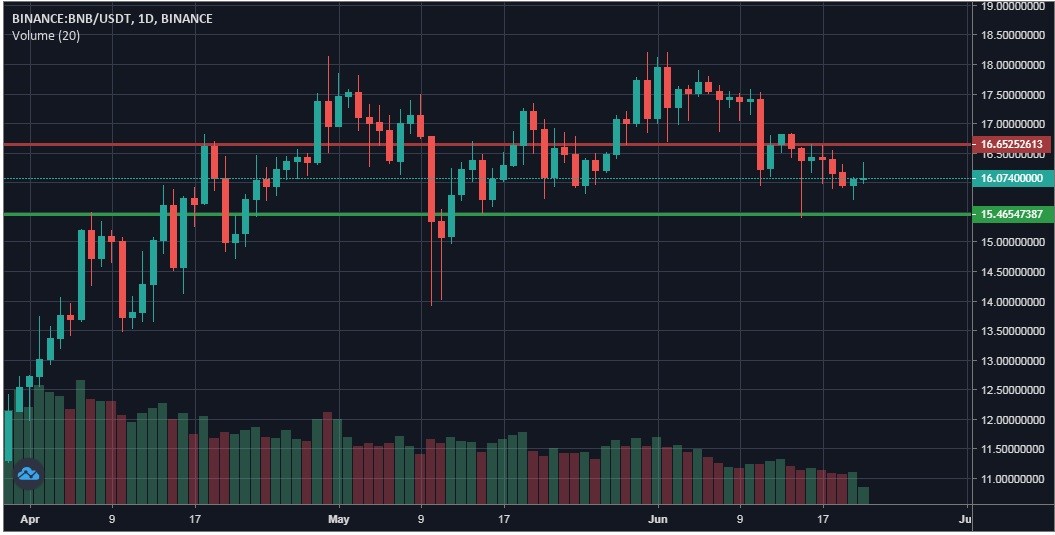 Based on our calculations of daily volatility, which has decreased almost two-fold over the past 30 days, having gone from 15.38% to 8.55%, we have established the borders of the consolidation channel - $15.46 and $16.65 - within which Binance Coin could still perform an upside move, possibly even with a bear trap, before eventually dropping below $15. The probability of a brief bullish move is dictated by the presence of the bullish pin bar at the possible retracement bottom at $15.95, but it has to be confirmed by the next bullish candle that should engulf the previous two red candles.