Contrary to the overwhelming majority of altcoins, Binance Coin (BNB) had been incredibly bullish in the first week of September as it gained 34% against USD while other cryptocurrencies had taken a serious blow. BNB did have a delayed reaction to this big selloff, but its pullback wasn’t nearly as deep as that of the rest of the market.

In the two weeks that followed, the coin lost only 16% (34% if counting from the upper to the lower wick of two weekly candles) and then initiated a swift 25% recovery, having taken the price back above $32. 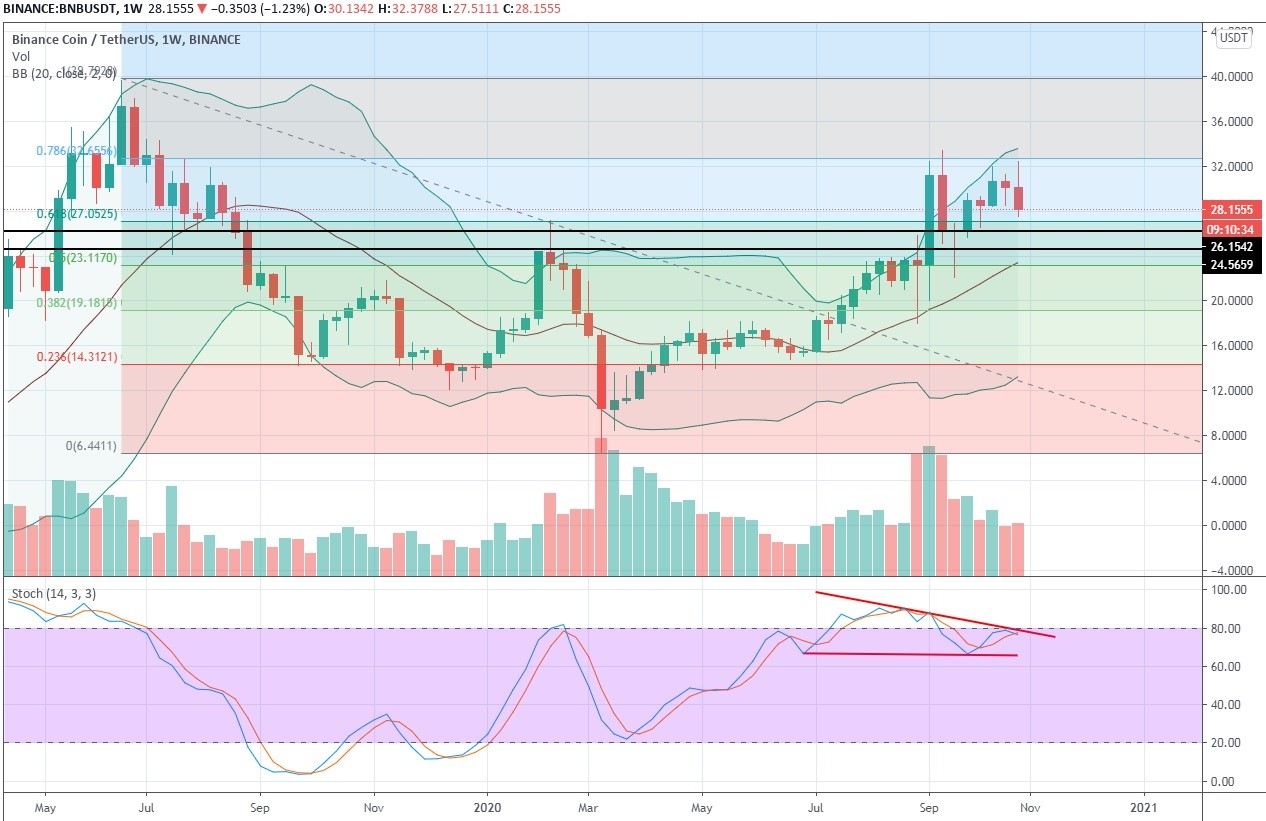 Despite the speedy recovery, Binance Coin was unable to go past the resistance at $32.4 that aligns with the 78.6% Fibonacci retracement level. This can be partially explained by Bitcoin’s long-awaited break above the $12,000 resistance and the restoration of its dominance to 65.35%, whereas BNB’s current market cap dominance amounts to 1.04%.

Surely, it doesn’t mean that the exchange coin will meet the fate of numerous other altcoins that have capitulated right after Bitcoin’s show of strength. However, we also don’t expect any significant moves to the upside in the next two weeks due to Bitcoin’s strong price action, as well as such external factors as the deterioration of the situation around the coronavirus pandemic and the upcoming US presidential elections that should exert a significant impact on traditional markets, which have already gone bearish, and the cryptocurrency market by association.

The crypto market is holding fast for now, but the correlation between the two remains strong, meaning that a considerable pullback of BTC, and even deeper one of BNB, could kick in at any given moment. In that case, a drop below $27 (61.8% on Fibonacci) will occur and drag Binance Coin back to the firm support level at $26.15, a 7.2% pullback. However, if the selling pressure turns out to be greater than expected, the price could go down to $24.56 in the next four to five weeks, resulting in the 13% devaluation of BNB from its current price that stands at $28.25.

The worst-case bearish scenario constitutes a drop to the middle line of Bollinger Bands, which remain wide open, signifying that the increased volatility persists. This line converges with $23.16 (50% Fibonacci level).

The bearish expectations will be confirmed if the current weekly candle closes below $28, and Stochastic moves further downward, deepening the bearish divergence. 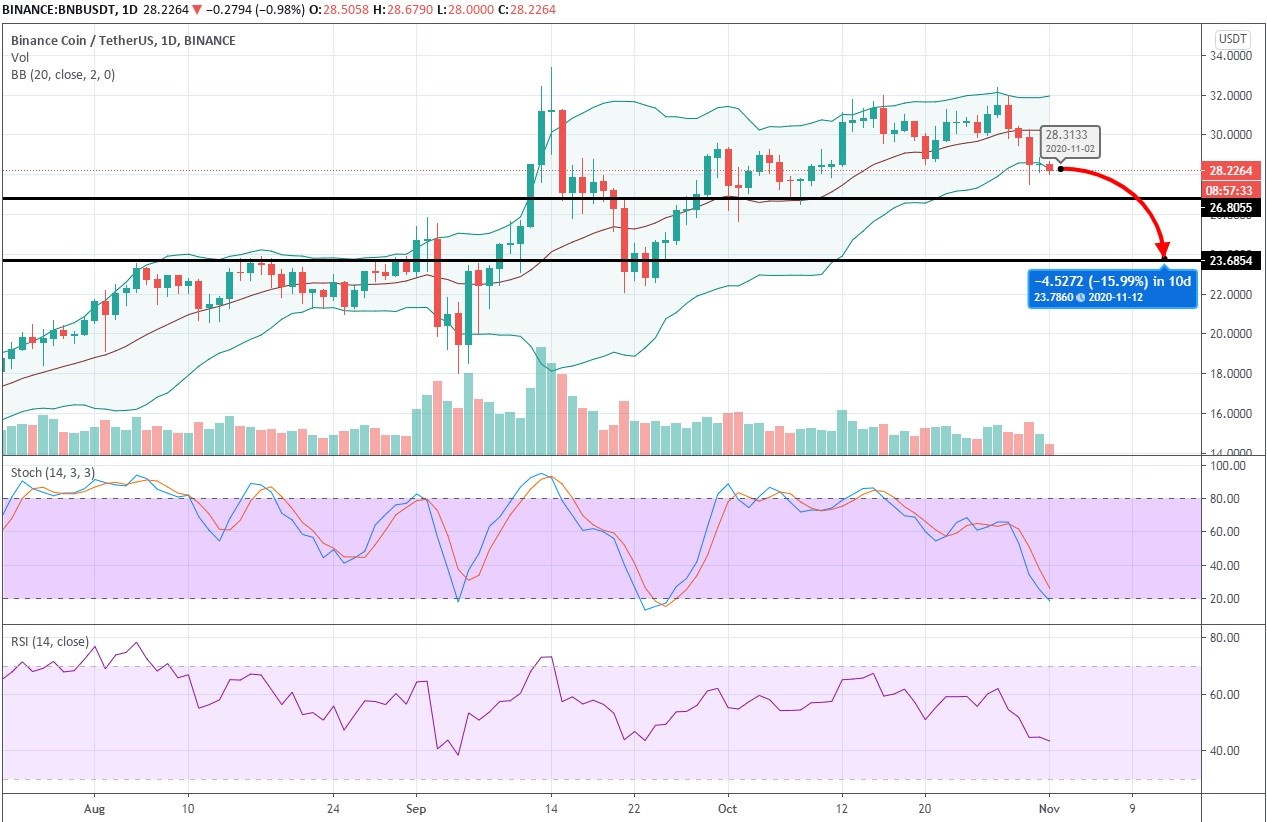 On the daily time frame, the price acts in line with our BNB prediction as it has already initiated the resolution of the Bollinger Bands squeeze to the downside, the move that always leads to a significant price drop.

The upcoming dive is confirmed by both Stochastic and RSI: the former is about to enter the oversold zone where it might stay for several days, while the latter is still in the neutral zone, but is sloping down as well. $26.8 is the most optimistic price target, but Binance Coin is most likely to fall by another 16% to $23.7 in the next ten days.