Even a quick glance at the weekly chart of Basic Attention Token (BAT) is enough to recognize that the once very promising uptrend had been literally shattered to pieces by the bears who applied such an immense selling pressure that the price action took the shape of a clear-cut V-shaped correction that is far from being over.

BAT is taking another slide to the downside 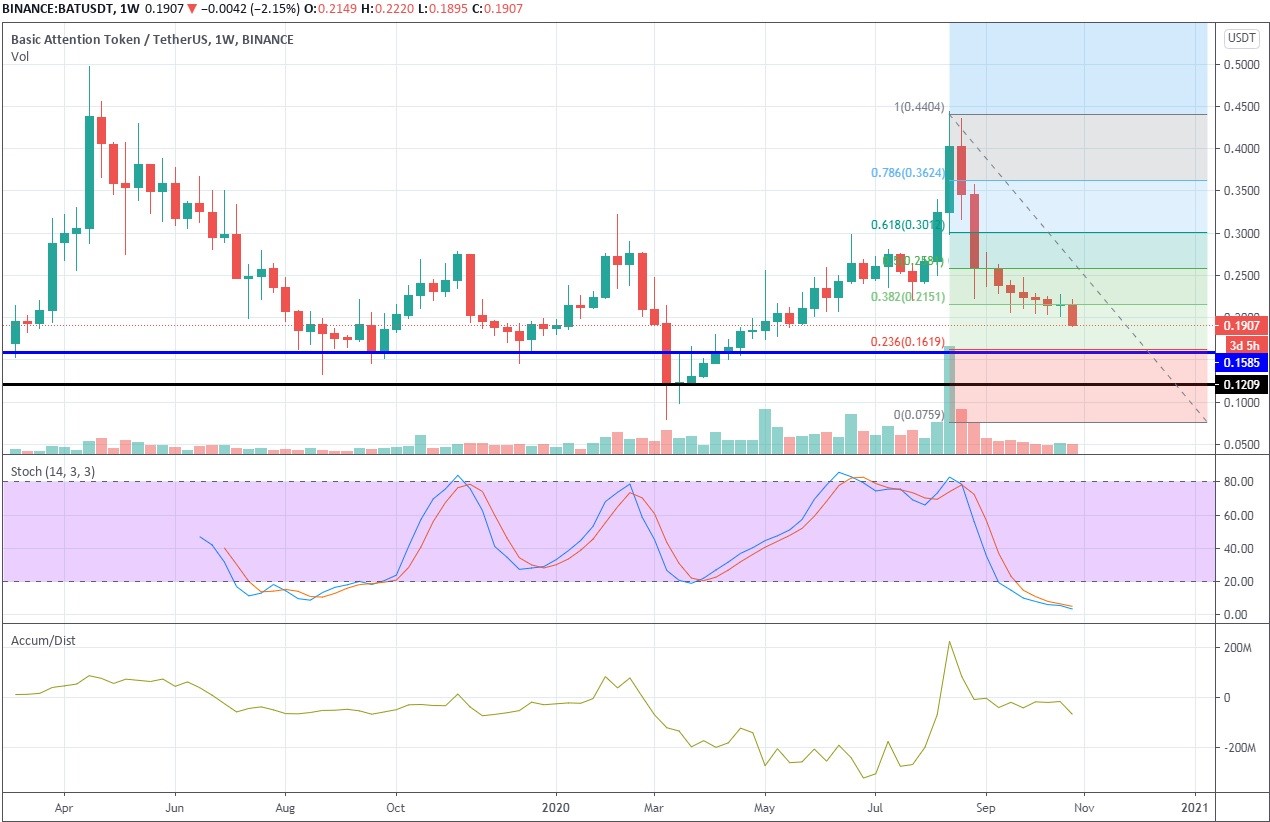 The BAT market is a classic example of how ruthless the cryptocurrency market could be at times. After a long but confident recovery to $0.25 - the price level that preceded the coronavirus crash - Basic Attention Token had engaged in a strong rally that lasted for three weeks and held the promise of a full-fledged secondary uptrend.

Those who had bought into FOMO must have been especially frustrated since everything was shaping up as a mere retracement when the price reached $0.4 and began rolling back. But then the infamous September dump and exacerbated BAT's downfall. Since then, the 49th altcoin has been in a state of a constant downtrend, making lower lows with each weekly candle. In the past three months, Basic Attention Token lost 41.3%, with 12% occurring this month. With this kind of bearish dynamic, it would be logical to assume that that price slide will continue into November. However, we don't expect a drop that would exceed 17%, the distance that BAT needs to travel to encounter the multi-month support at $0.16 that served well throughout 2019.

The position of Stochastic that has almost reached the bottom of the oversold zone suggests that the selling pressure will soon lose its intensity, and the price would either enter the consolidation phase or go for a reversal if a sharp shift in the supply/demand ratio occurs. The Accumulation/Distribution indicator supports that notion as it has once again begun to bend down after being stuck to zero since the dawn of September, thus confirming the downtrend continuation and signaling about the underlying weakness of buyers at this particular junction.

When it comes to fundamentals, the company's main chance to impact the price would be to continue driving users to such platforms as eToro and BlockFi through Brave, its proprietary online browser, which has already proven to be hugely successful in the crypto community.

Other than that, Basic Attention Token will rely solely on big buyers who should step in once the correction finds its bottom - they should initiate a reversal, or at least bring the ceaseless price fall to a halt. If they wouldn't be able to do it at $0.158, the price level that coincides with 0.236 on a Fibonacci retracement grid, which gives it some extra endurance, the descent back to $0.12 - the deepest trough in two years - will be virtually unpreventable. 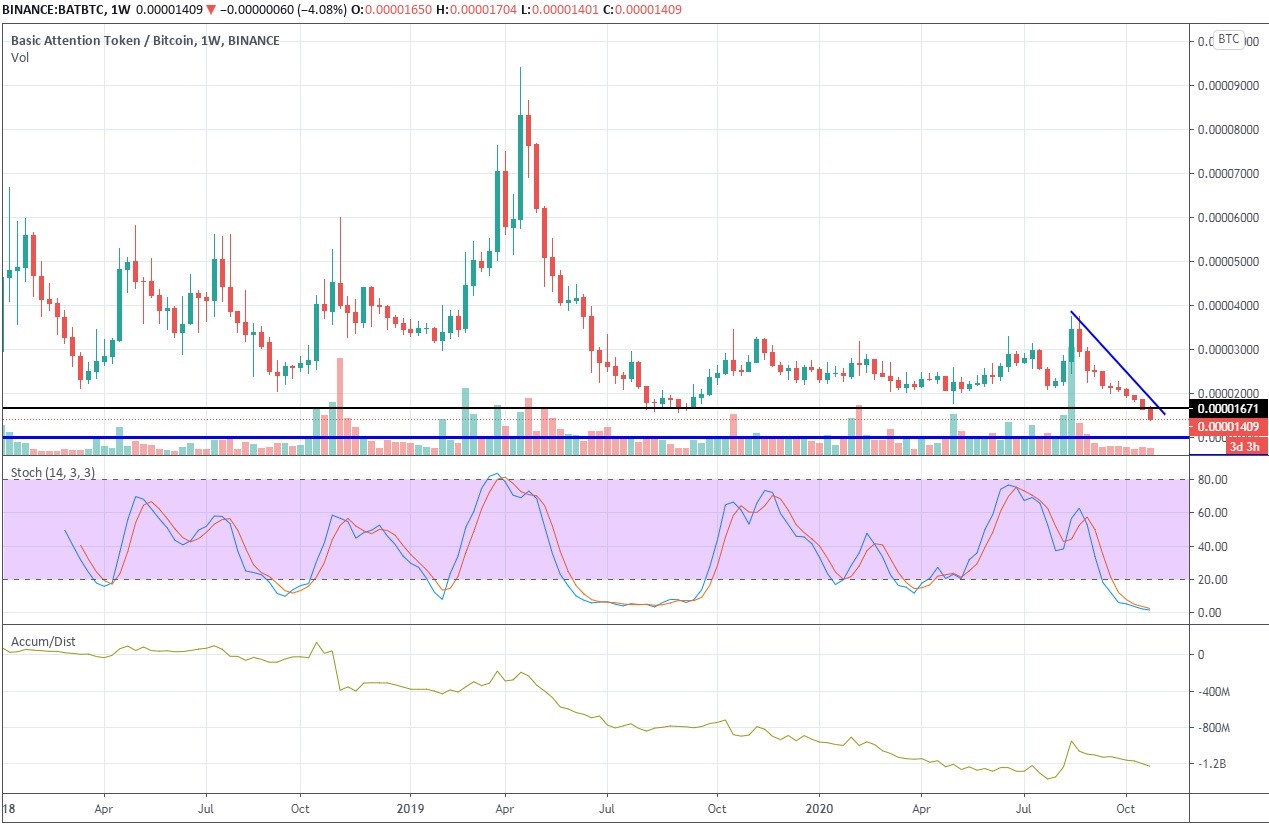 The situation looks even worse in the Bitcoin market since the dominant cryptocurrency has seen a revival in the last two weeks, whereas Basic Attention Token went into an enormous 62% correction in the middle of August, which lasts until this day. Over the course of this correction, BAT has broken the multi-year support at 1,671 satoshis and now aims for the level at 1,412 that is likely to be hit in the next four weeks.