Basic Attention Token (BAT) has been around for almost three years, which is more than enough time to prove its fundamental worthiness. Speaking of it, BAT is the lifeblood of Brave Browser, a proprietary web browser of Brave Software, Inc., as well as an advertising exchange platform, developed on the foundation of the Ethereum blockchain.

The browser itself has some nice feats, such as an in-built blocker of ads and trackers and the system of rewards and tipping for content creators, paid in BAT. The solution has been enjoying significant popularity, though it might be hampered due to the fact that the company announced that the users would be required to pass the KYC procedure, which includes identity verification, in order to be eligible for receiving/sending rewards.

This requirement goes against the very concept of Brave Browser, which is being positioned as an instrument for maintaining privacy on the Web. This questionable initiative could result in the deflux of users and the overall decrease in popularity, which, in turn, could reflect negatively on the future price of BAT. However, that is only one of the factors that exert an impact on the currency, which appears to be very healthy in general.

The recent price movement of BAT

Although BAT has had a good year, having achieved 48% and 30% gains against USD and Ethereum, respectively (though Bitcoin overpowered this coin by 34%), its performance in the last three months wasn’t particularly striking.

Basic Attention Token has had a somewhat steep correction from its 2019 highs of $0.4511 that reduced its value by as many as 137%, also bringing the all-time return on investment down to a mere 14%. Following the bull run of 2019, BAT retraced back to the support level at $0.15, from which it began the said run, which has also proven to be a firm support level throughout many months. 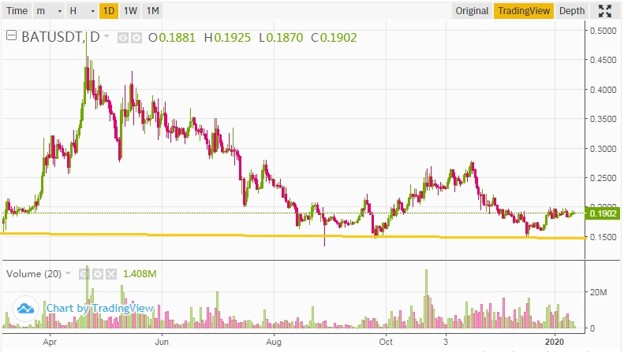 As seen on the graph, the price of BAT had tested the support twice - even three times, when taking a long red wick on August 29 into account, which can be regarded as a sign that the price will try to reach for a new resistance in the near future. But so far, there have been no sufficiently strong signals of trend reversal on the daily BAT/USDT chart, whereas the coin is still struggling to make it past the second Fibonacci retracement level. 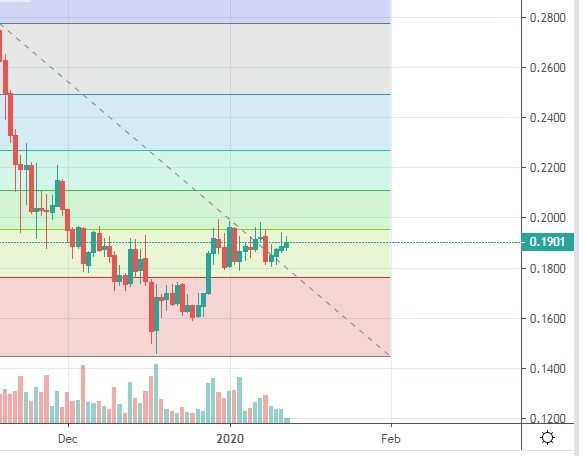 The situation isn’t altogether different on the daily chart in the BAT/BTC pair, as BAT is about to test the support at 2,200 Satoshis before presumably making a price uptick, which shouldn’t be very strong, given that the trading volume is low right now. 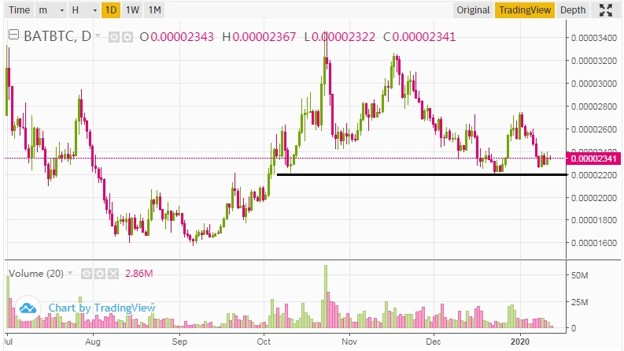 On the 2-hour BAT/USDT chart, the price has formed a bullish pennant but was incapable of breaking it upward. The trading volume on that time frame is mediocre, which leaves traders with nothing else to do but sit and watch as the price consolidates. 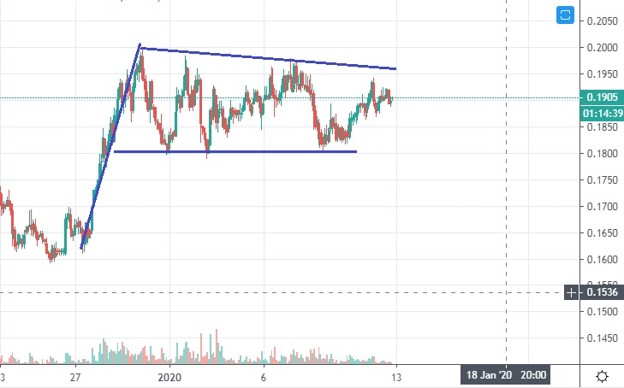 Expectations, dictated by technical indicators, aren’t all positive for those who want to see BAT go up: only the 5-day SMA are suggesting a buy, whereas SMA and EMA are hinting at a sell. The 14-day RSI is at 54, which is closer to the oversold region. Basic Attention Token needs to break the resistance at $0.2 to confirm its intention to move uphill.