It has been a good year for Basic Attention Token (BAT) in terms of price action, especially in the BAT/USDT market, where the altcoin gained 13.5% on the yearly time frame and 11% over the past month. Brave Software, Inc., the company that gave the world BAT and the proprietary privacy Internet browser dubbed Brave, has been going through a legal turmoil concerning the authorized placement of affiliate codes into the third-party websites. The controversy regarding the affiliate links has even forced the company to perform a fork of Brave Browser that is going to be free of any adware.

On the other hand, BAT has become the most widely employed cryptocurrency of ERC-20 standard in the area of decentralized finance (DeFi), thanks mainly to the unique revenue-sharing system that rewards consumers for watching advertisement clips in the browser. Brave’s inflating user base that reached 15 million in June must have balanced out the negativity associated with the mentioned legal issues, so that the price of BAT in the USDT market managed to stay within the confines of an accurate rising channel that provides for that price movement range of 30%.

BAT is unlikely to give up on the bullish price action

According to the price action on the daily time frame, Basic Attention Token has been one of the most comfortable altcoins for trading in the rising channel. Even since the price began to recover after the COVID-19 crisis, BAT has been rising steadily at an angle of around 35 degrees, holding firmly to the established support line and breaching the resistance only once. 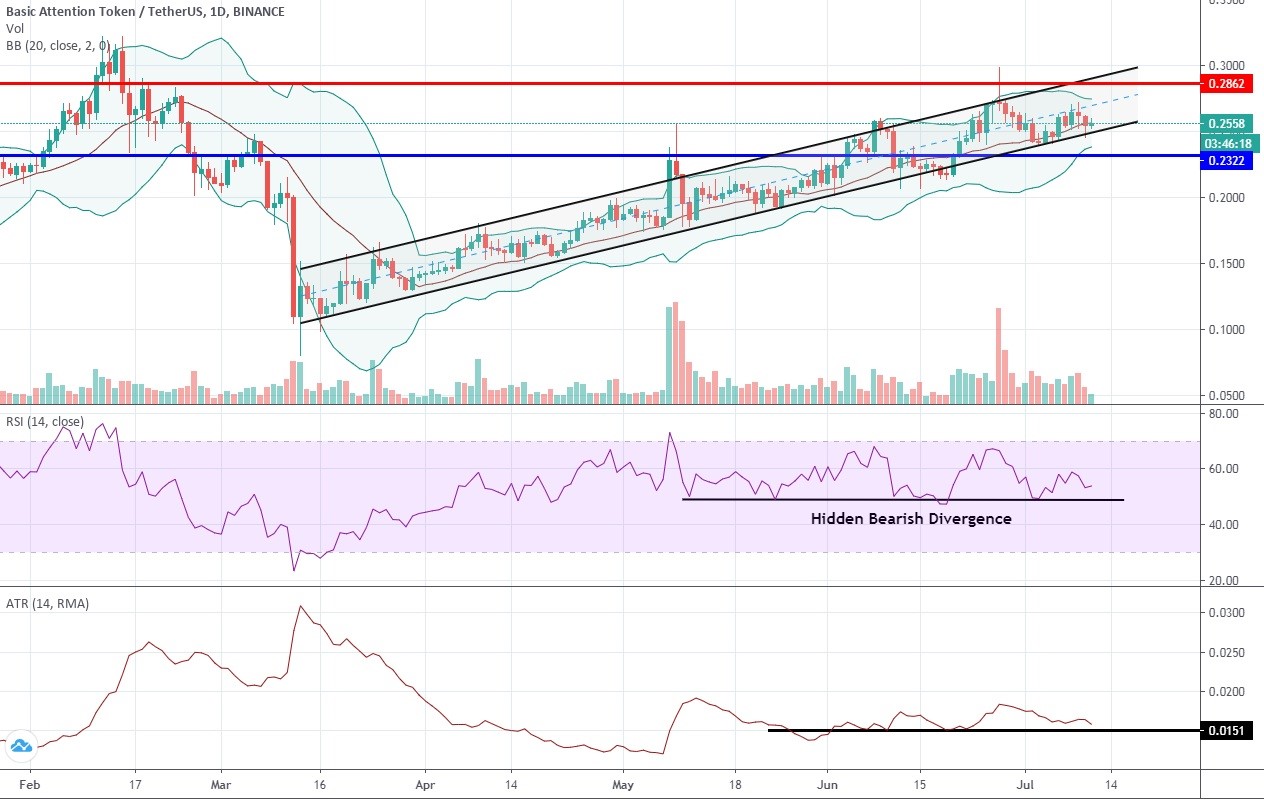 Taking into account a totally serene behavior of major indicators, we can arrive at the preliminary conclusion that BAT is going to stick to its tranquil ways and refrain from the excessively volatile price action over the next two to three weeks.

The Average True Range indicator confirms our expectations of the continuation of the volatility-free period as it has been sloping down from 0.0185 to the long-lasting support at 0.015, though maintaining its position in the neutral zone.

Since the March crash, the 14-period RSI has popped into the overbought region only once but was immediately pressured down to the support at 49. Also, the RSI appears to have formed a hidden bearish divergence, though it is more indicative of the approaching consolidation above $0.286 than the reversal of the existing uptrend;
The presumption that BAT will remain dedicated to moving in the rising channel is also based on the behavior of the Bollinger Bands indicator that hasn’t been showing any signs of looming volatility in more than three months.

We predict that Basic Attention Token will keep on plodding to the upside and ultimately breach the resistance at $0.286 during the next attempt and then get bogged down near the psychological level at $3.

BAT is doing well against Bitcoin 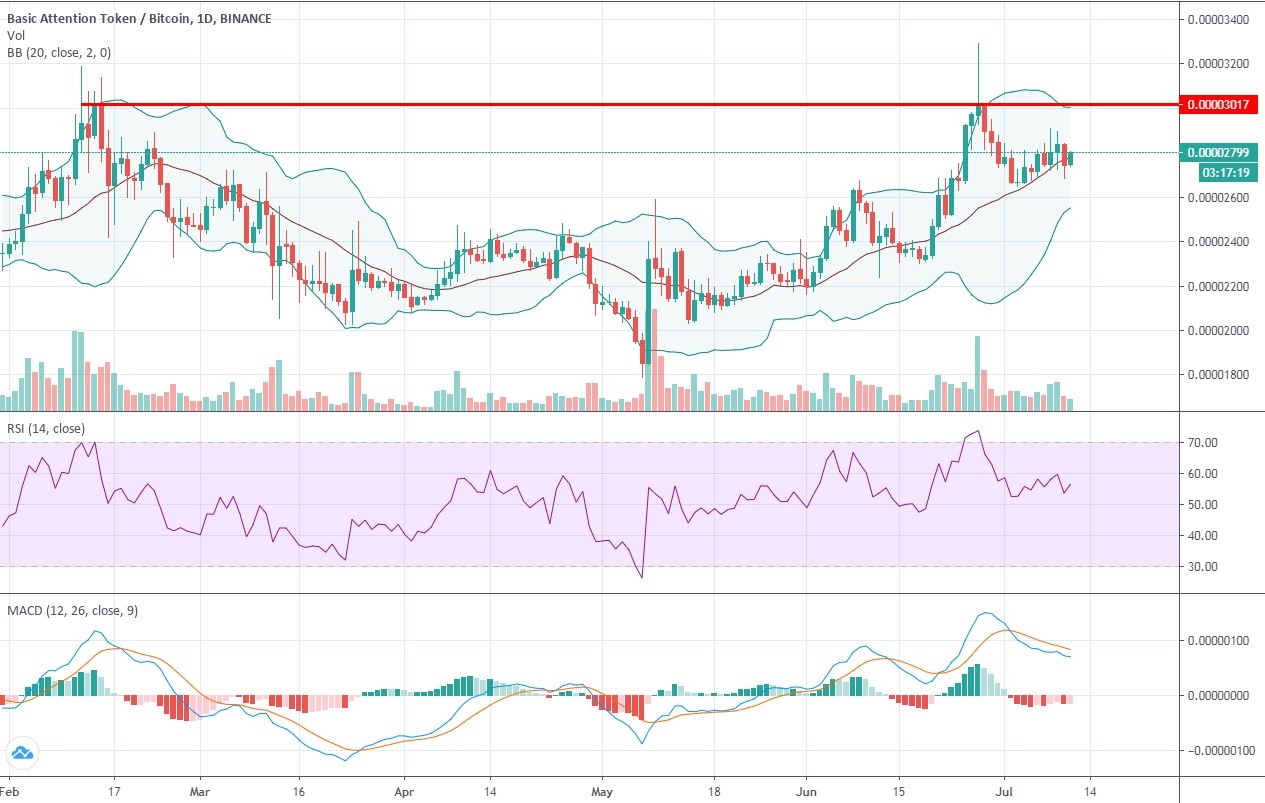 Since then, the price action took place above the middle line of Bollinger Bands that confirms that persisting bullish momentum. We expect the price to finalize the retracement at 2,740 satoshis and travel north, though there is a probability that BAT could be rejected at the hardened resistance at 3,000 sats.