Many traders must have already realized that most altcoins, except for a few from the top 10, are likely to have already exhausted their value-gaining potential during the bubble of 2017/2018. Their prices are at the bottom, especially after the latest market crash instigated by COVID-19, while the all-time highs seem to be unreachable in the foreseeable future.

That could be the story of any other altcoin, but certainly not of Band Protocol (BAND), a relatively new cryptocurrency that has only recently reached the price ceiling at $1.25 and is now summoning up more bullish strength to try and go even higher.

As already mentioned, BAND emerged not long time ago, in September 2019, and was immediately listed on Binance, one of the leading exchange platforms, which now accommodates the largest share of daily trading volume (more than 60% of trading activities involving BAND occur on the Singapore-based exchange), with Bilaxy having another large piece of this trading pie - 32%. In contrast, the representation of Band Protocol on other exchanges is insignificant.

From the fundamental standpoint, BAND is the token that fuels the solution based around the decentralized data oracle explicitly designed for the third generation of Web. The datasets created using that protocol could be employed in decentralized finance and commerce, gambling, and supply chains. The platform can also exercise the function of an identity layer, which is a crucial part of the functional prowess of dApps as it helps to establish the protection against malicious practices, such as Sybil attacks.

Band Protocol is not well-known by the majority of retail traders because it sits rather low in the global ranks (147th on CoinMarketCap) and has an underwhelming market capitalization of $21.6 million, although, from the trading perspective, a small market capitalization could be a positive thing since it could easily grow ten-fold or more, along with the price.

A quick look at the all-time chart of Band Protocol will reveal that it is presently in a fully-fledged uptrend that commenced right after the March market crash. Those who were foresighted enough to place their trust in BAND when the market was near its bottom could have scooped an enormous profit thanks to the ultra-strong bullish rally that has all signs of a molding uptrend. 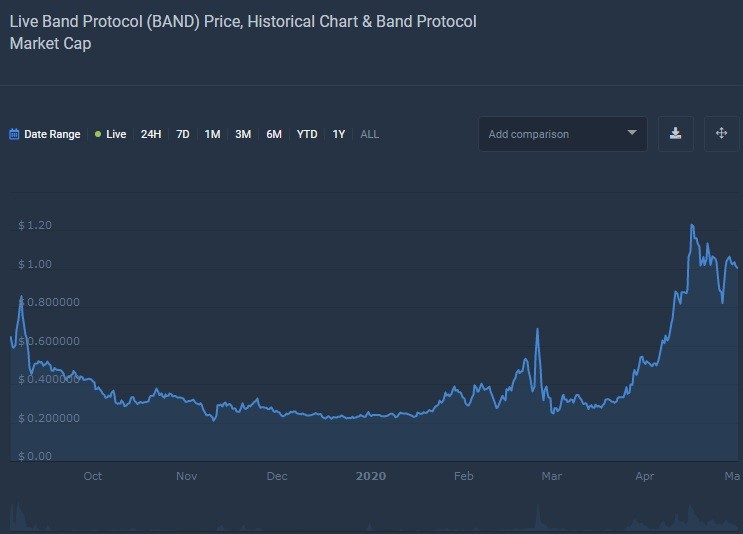 Investors who obtained Band Protocol a few months ago and did nothing but holding could enjoy a decent return on investment of 125%, while those who traded this coin against all three major currencies must have also had some good earnings, judging from the gaining profile below.

The recent price action shows that the market has finally begun to cool down after an enormous upswing with brief retracement periods. 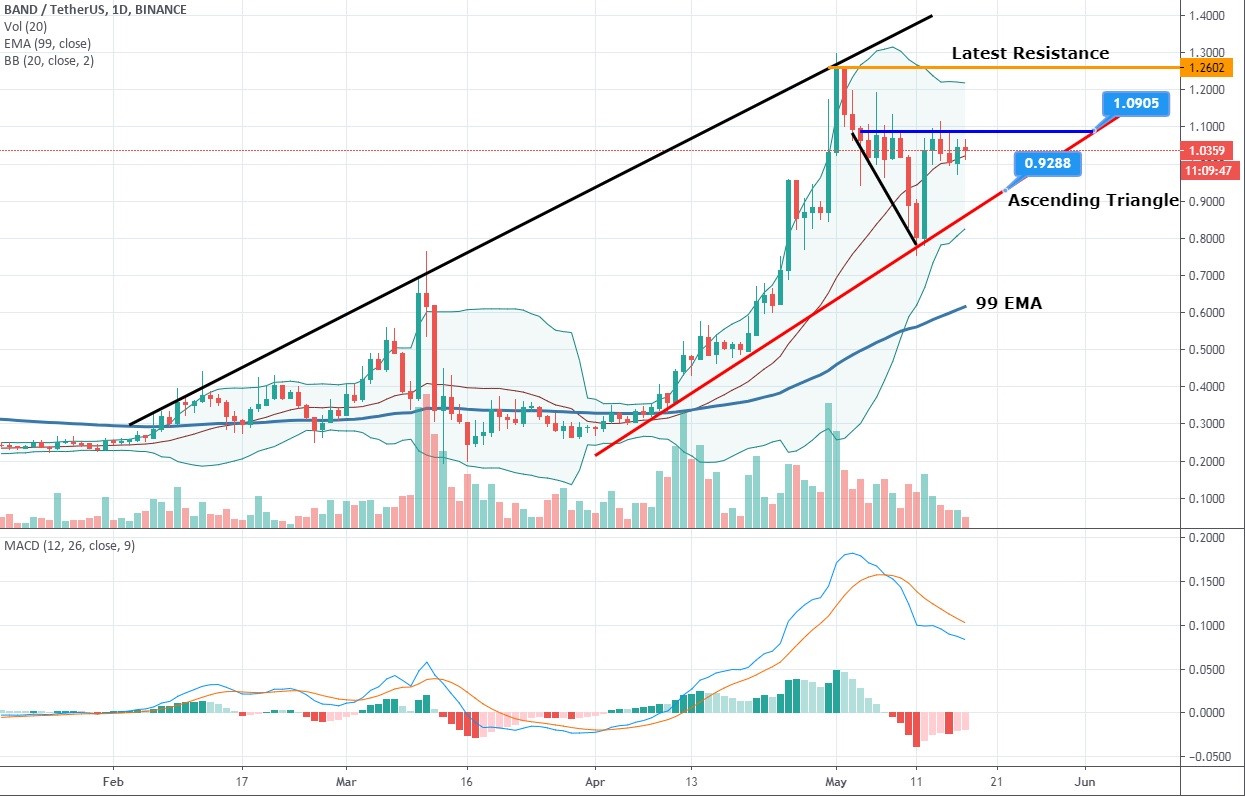 It appears that BAND will have to go through the consolidation phase that so far shapes up like an ascending triangle, a bullish continuation pattern. It is important for the price not to fall below the resistance line (colored red) and bounce off $0.92. We expect the price to break out of the triangle at $1.09, on the back of a bullish crossover on MACD, and then aim for the new all-time high above $1.26. Even if BAND goes from the triangle to the downside, it should stay above the 99-period EMA to maintain the bullish agenda.