Anrk (ANKR) Is Hanging In the Balance

Last time, we predicted that Ankr (ANKR) would easily reach the resistance at $0.0119 due to its overall bullishness, which it did in a truly impressive fashion, having gone at it with a single weekly candle. 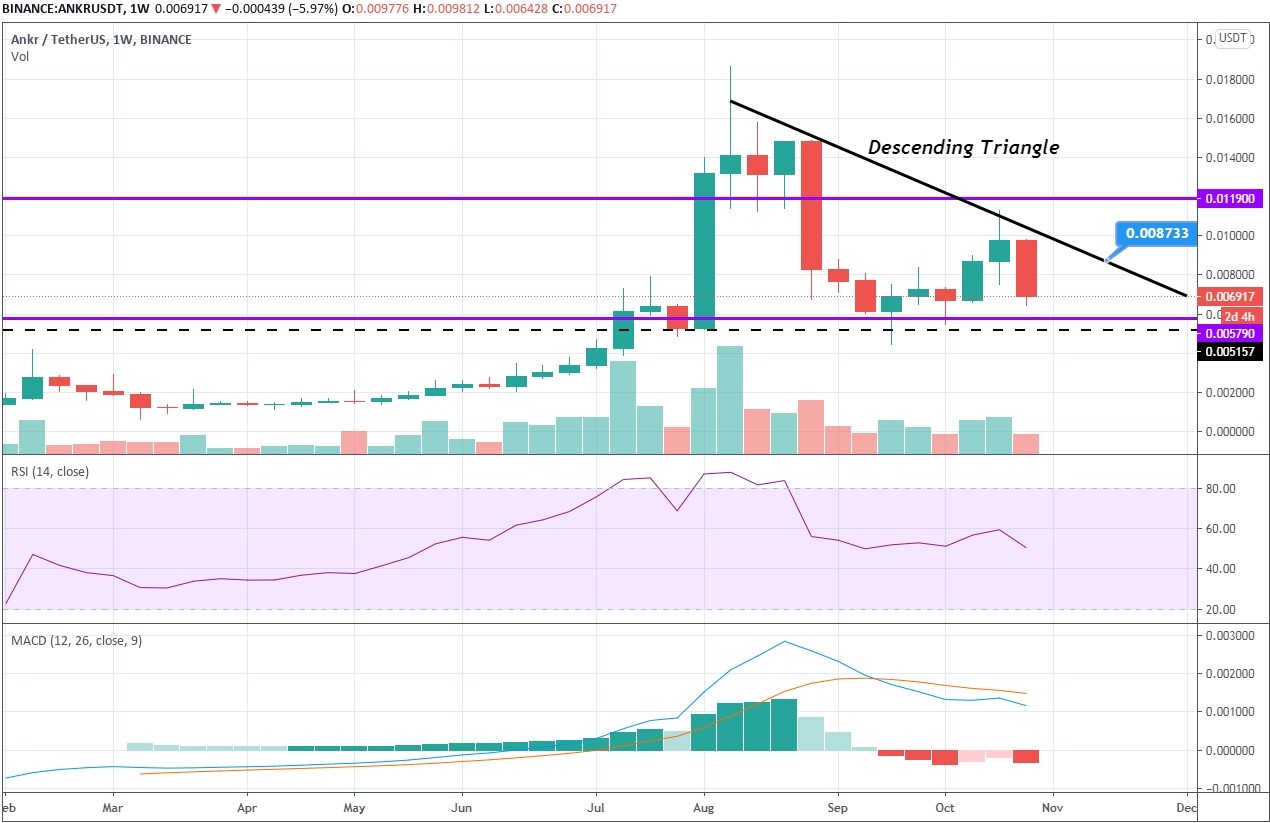 Upon breaking the resistance to the upside, Ankr had reached the all-time high at $0.0186, which also was the main theme of the last Anrk price prediction, got rejected, and then held onto the support for another two weeks. September has proven to be disastrous for this altcoin, and the rest of the cryptocurrency market for that matter, as the price took a nosedive, ultimately wiping out all gains made in the preceding two months as it made a return trip to the previous support at $0.0058, the starting point of the last rally. But even this considerable price dump can’t be deemed as a catastrophe for Ankr, at least while the buyers display the ability to defend the support and maintain that higher low.

The momentum isn’t on the buyers’ side

At the beginning of October, the bulls have made a futile attempt to overpower the said resistance but were vehemently rejected in a move that formed a bearish engulfing candle that now threatens the established range as it signals about the growing pressure on the part of the sellers.

Another thing that becomes apparent on the weekly chart is the emergence of the descending triangle, a bearish pattern that elevates the threat of the break of the established range to the downside that would lead to the ruination of the uptrend structure. But before that, ANKR is likely to continue ranging before it reaches the apex of the triangle that could take five to eight weeks.

The restoration of Bitcoin dominance that went from 56.15% at the beginning of September to the current 63.4% is another factor that might exert a negative impact on Ankr since the market capitalization of altcoins, especially the lower-ranked ones (ANKR is at the 149th spot with the market capitalization of $40.6 million) are the one that usually sees the largest exodus of capital when the BTC dominance rises. But, as already mentioned, Ankr is likely to keep on ranging for a while, as both RSI and MACD suggest, since they both have been flowing in the corresponding neutral zones since September with a slight inclination to the bearish side.

However, we shouldn’t disregard the possibility of bullish developments, in which case, the buyers must first break the triangle to the upside, presumably at $0.0087, and then take out the resistance at $0.0119 that would be a clear signal about the commencement of another bull rally. 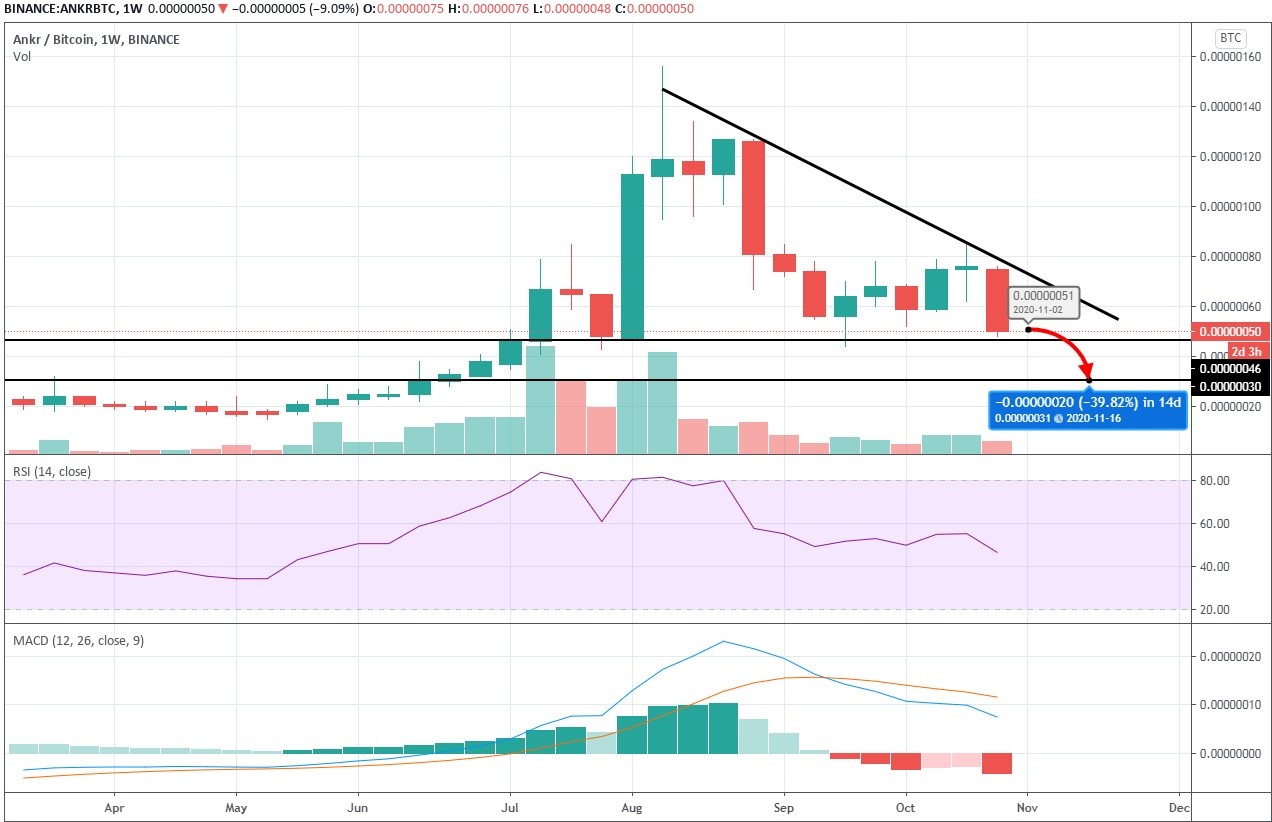 We see a similar descending triangle in the BTC market, though here the price has already approached the apex of the descending triangle and got strongly rejected after testing its upper line at 86 satoshis that resulted in a huge bearish engulfing candle. Here we predict that ANKR will go through another significant price drop - around 40% in the next two to three weeks - that will take the price to 30 satoshis.

Ankr: Another Altcoin Closes In On the All-Time High