Ankr: Another Altcoin Closes In On the All-Time High

Even though Bitcoin had finally broken the impasse and took aim at the highs of last year’s bullish rally at $13,000, the altcoin market didn’t seize its revival that began a few weeks after the Bitcoin halving. The resurgence of alternative coins provided a bullish boost not only to the top-ranked cryptocurrencies, most notably Ethereum, but also to a bunch of lower-placed ones like Ankr (ANKR) that was able to showcase triple-figure gains in a span of a month. 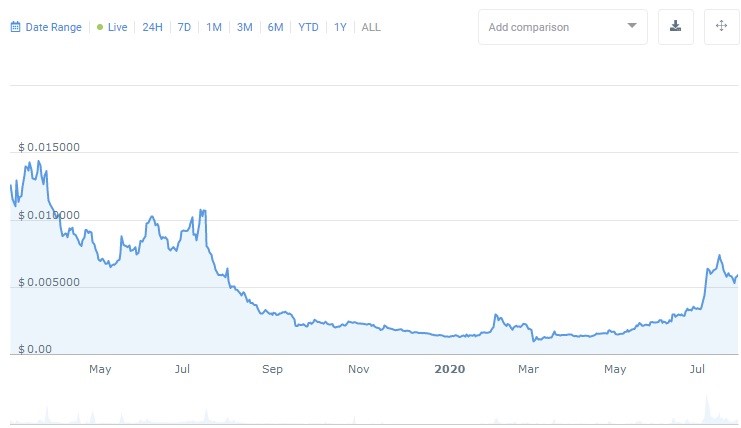 This summer has so far proven to be very hot for ANKR because it got an astounding 468% price appreciation during the past three months and found itself only 46% away from the all-time high at $0,017 that the price reached in April 2019, almost immediately after being listed on the exchanges.

Speaking of exchanges, Binance usually serves as a go-to place for those who want to trade ANKR since this platform boasts the largest share (60%) of the entire trading volume that has been fluctuating over the past 90 days from $1.5 million to $90 million per day during the sharpest price spikes.

Ankr is a native token of blockchain infrastructure for Web 3.0 that accommodates the providers of cloud computing capacities and developers of applications for decentralized finance (DeFi). The platform also affords for the swift deployment of corresponding solutions with the need to devise a code. Perhaps it’s the involvement in the DeFi space that fueled the flight of ANKR price to the stratosphere. Given the dynamic of price action, the chances are high that Ankr will make its way to the historical peak sometime during the next two months.

The situation on the weekly time frame demonstrates how disrespectful ANKR was with regard to the previous levels of resistance, like the one at $0.0058, for instance, which the price passed it like a hot knife through butter. 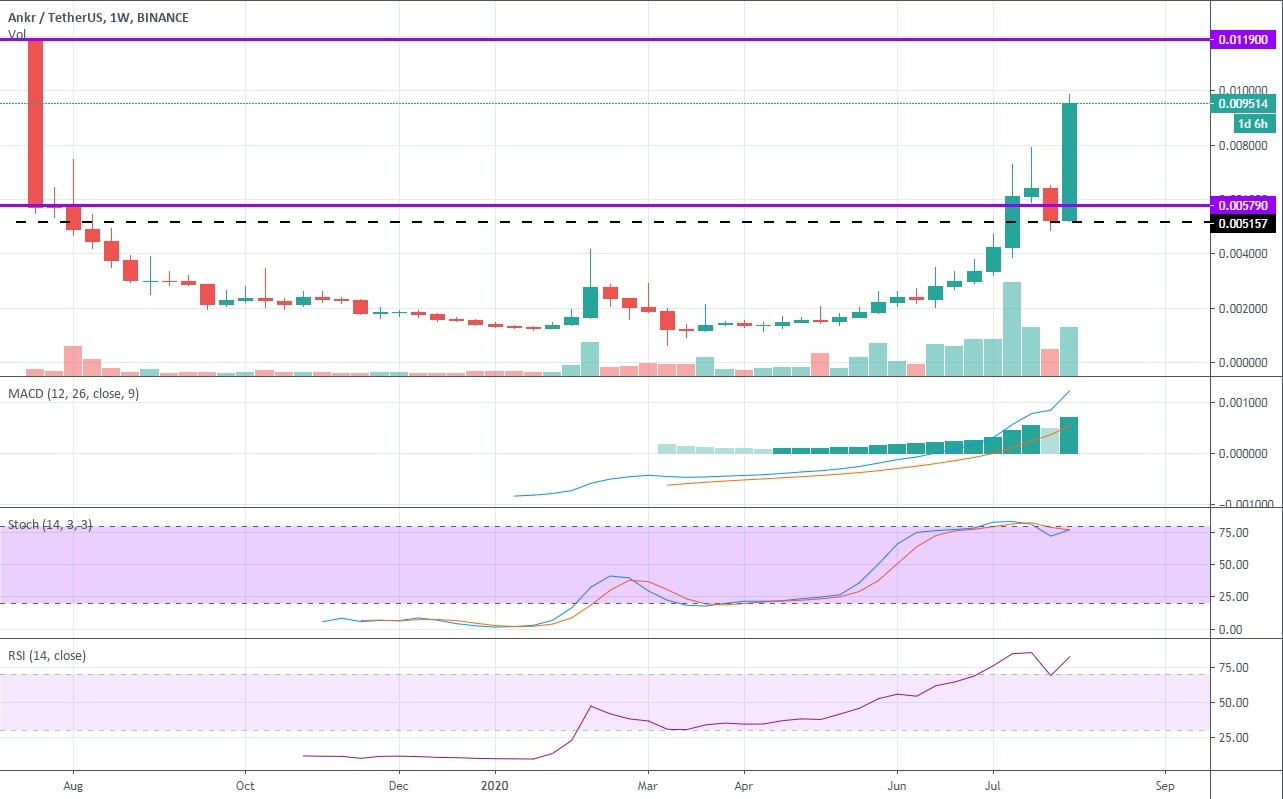 Here we can also see that ANKR has virtually no opposition ahead of the peak of the previous cycle at $0.0119. All key indicators on this time frame confirm the overall bullishness of that altcoin.

The same situation unfolds on the daily time frame where ANKR is currently in the process of forming a bullish flag upon making a healthy retracement to $0.0051 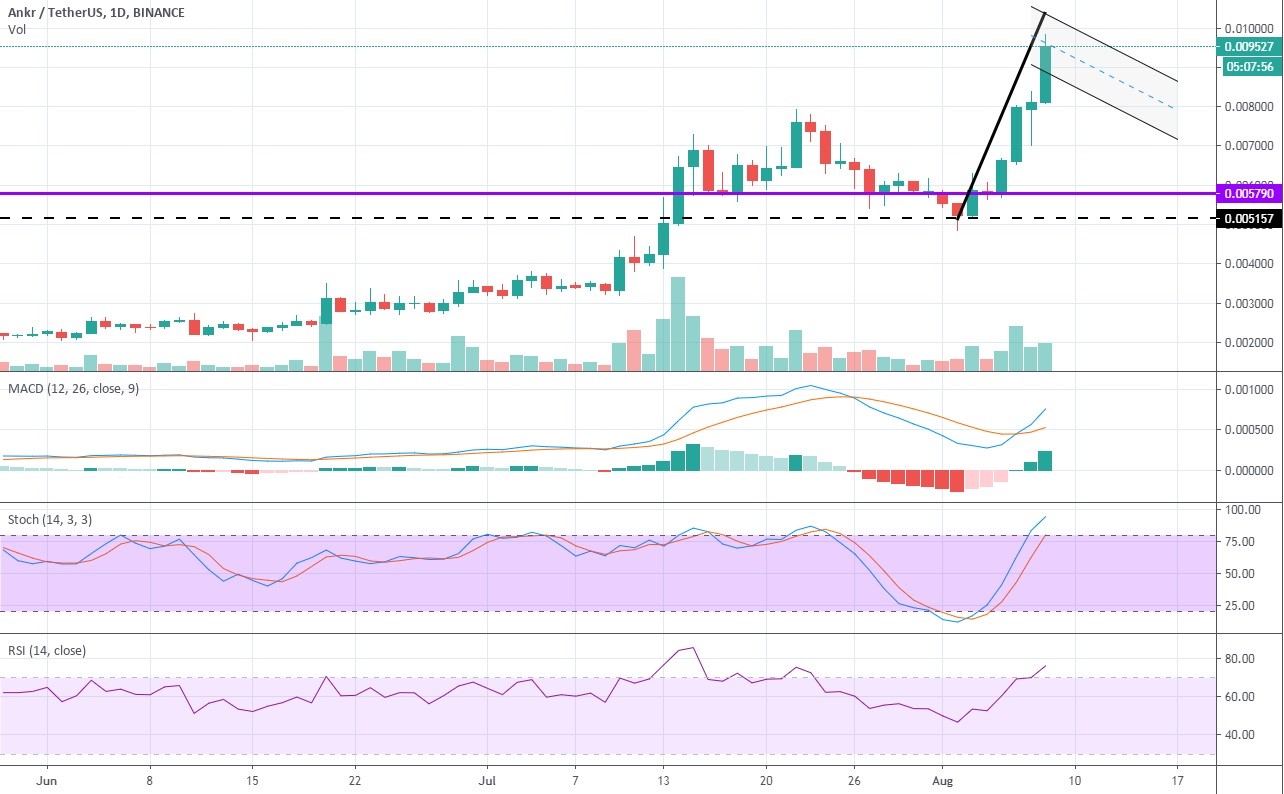 We reckon that the flagpole will emerge slightly above $0.01, so most impatient still have the chance to make the 5% profit before the bull run climaxes. Once that level is reached, ANKR might have a retracement to $0.0085 as a part of the pattern development. But after the resolution of the flag, it’s the highway to $0.119.

Anrk (ANKR) Is Hanging In the Balance