ELF has been doing really well during the last 90 days as it gained 150% since the market crash. However, it seems that the coin is about to take a time out from gains and initiate either a prolonged consolidation or an even deeper pullback than it has already had. The situation is worsened by the fact that the overwhelming majority of ELF holders (95% to be precise) are losing money, while 96% of all coins are concentrated by large holders who own ELF for more than a year. Given that Aelf’s all-time return on investment stays negative at -90,7%, it could get some of the large investors frustrated with ELF. Consequently, they could start getting rid of it, which could potentially lead to a huge dump that could send the price collapsing to $0.061 or even lower. But that is an extremely bearish scenario that could be realized only if the situation on the cryptocurrency and traditional markets turns sour.

The price action in the ELF/USDT pair presents a tricky task for traders because the coin is now at the crossroads after getting rejected at $0.12, a tough historical resistance, marked blue on the chart below. 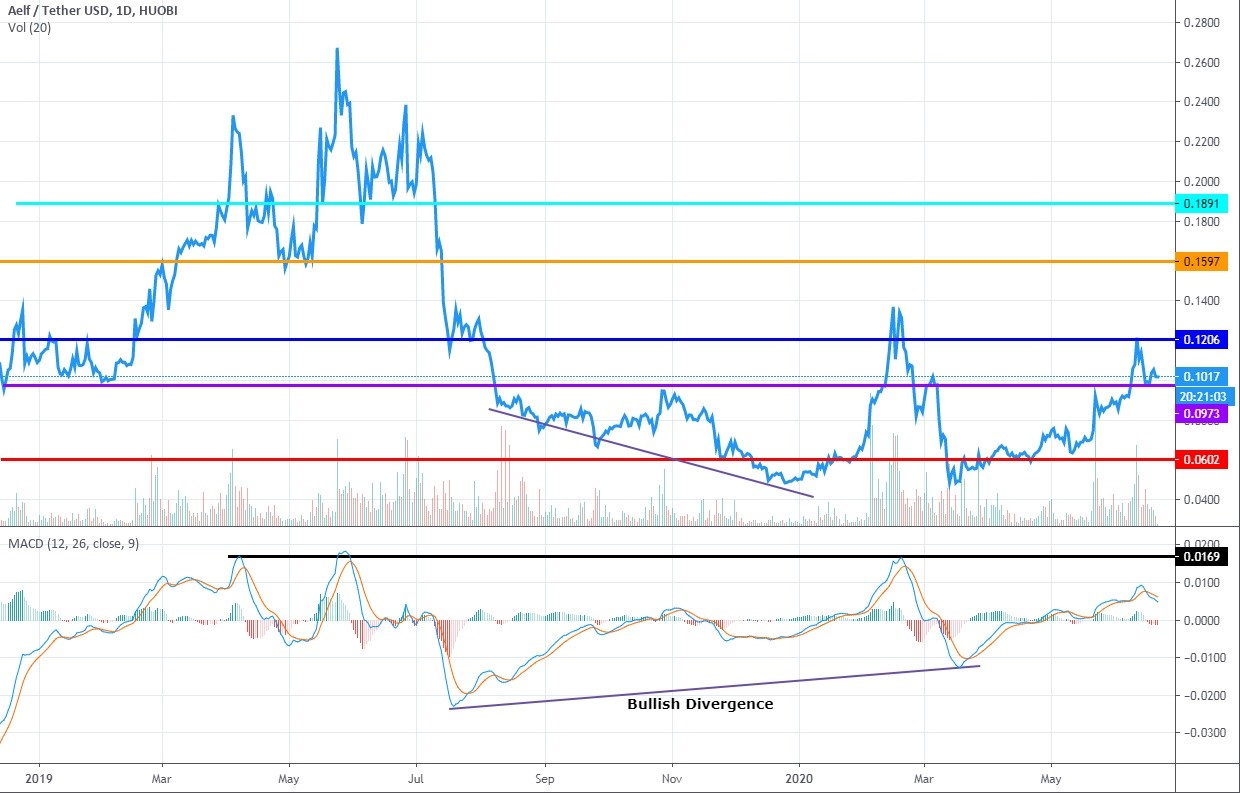 ELF price action for the past 18 months

Apart from that, the most important macro resistance levels to watch are $0.159 and $0.189, which stand in the Aelf’s way towards a new interim high, whereas the all-time high ($2.78) is a long 96% away from the altcoin’s current position.

On this time frame, MACD appears to be ready to repeat the scenario from the previous price cycle when it had briefly risen above zero only to take another dive before the rally to 0.0169, the level which has proven to be an established resistance. But most importantly, the last cycle also formed an evident bullish divergence that seems to be playing out now. If that’s the case, traders should expect a brief consolidation at 0.1 before the breakout towards $0.159. Should that occur, ELF would make no less than 30% gain in a relatively short period of time. 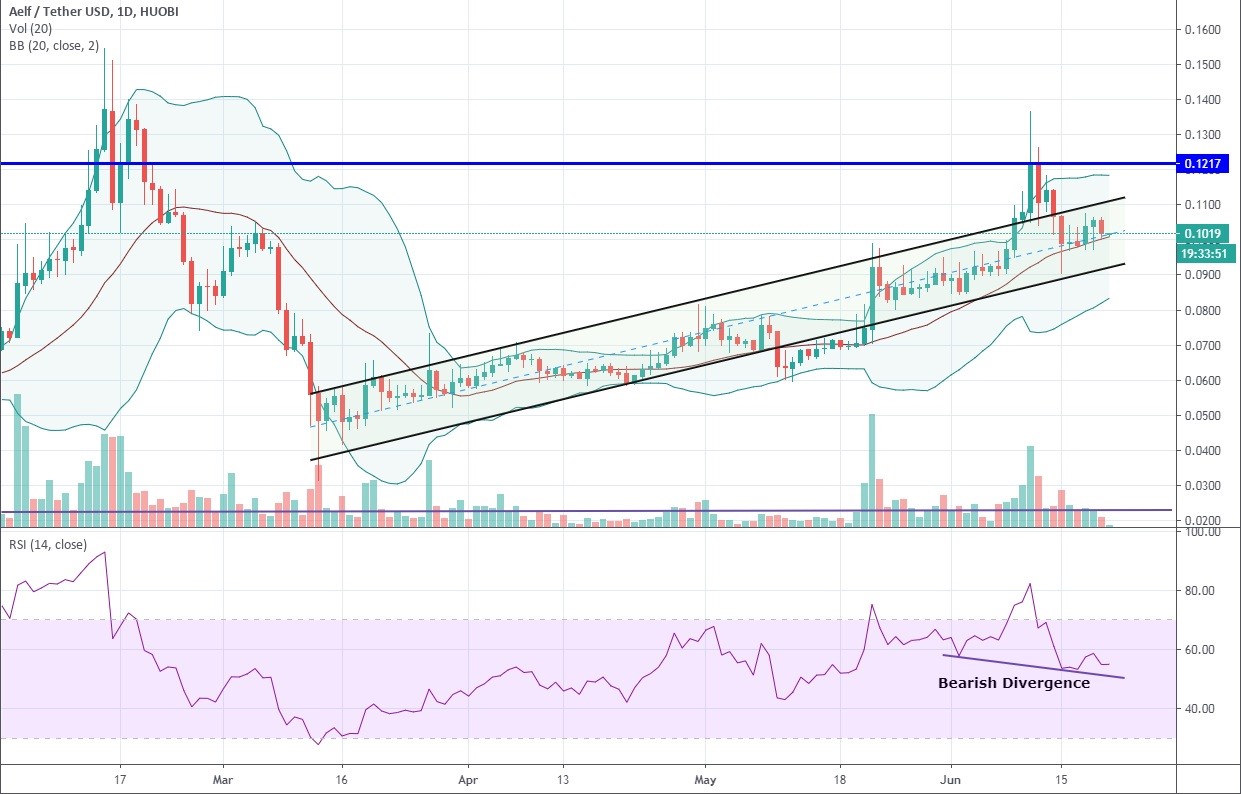 For the more immediate price action, let’s take a look at the daily time frame where ELF is showing even more signs of approaching consolidation after the decisive rejection at $0.12.

After the price has hit the ceiling, the trading volume declined rather abruptly, and has now almost reached the level of consolidation with neither side not being able to get the upper hand;

The RSI appears to be setting a foothold in the neutral zone below 60, but also shows a bearish divergence, which could mean that the price might start consolidating after another dip to $0.09.
Following a stretch that coincided with the bull run, Bollinger Bands are starting to contract, with the price already being pushed down to the middle line. This serves as one of the most reliable signs of looming consolidation, which would come ideally between $0.93 and $0.11 in order to maintain the structure of the minor uptrend and allow traders to wait for the resolution of the ascending triangle.

All in all, ELF has a moderately bullish outlook for the next six months, but presently it is still too weak to make a powerful upside swing. If you plan to enter this market, make sure to keep your position small and set up a stop-loss.