Since aelf (ELF) sits on the wrong side of top 100 cryptocurrencies being ranked 133rd, and having the market capitalization of $73.6 million, it has often overlooked by the majority of retail traders who are more preoccupied with chasing the tails of DeFi hard-gainers. But even though ELF has very little to do with decentralized finance - the token is a core element of the cross-chain ecosystem, called aelf Enterprise, designed for the individual deployment of dApps, application of different governance models, and the use of cloud computing - it might also have something up its sleeve that might make the price skyrocket due to the fact that the project has announced definitive plans to launch the mainnet by the end of the year, as confirmed in the official press release.

In addition, the project will allow for an all-encompassing audit prior to the mainnet that will serve well for its reputation, and also introduce token swaps and carry out a node election procedure.

Traders who rely on fundamental analysis know that it will be a huge event in the existence of any blockchain project that could potentially charge the price of the corresponding coin and revive even such a lifeless market like that of ELF that had been lying at the very bottom for nearly two years. 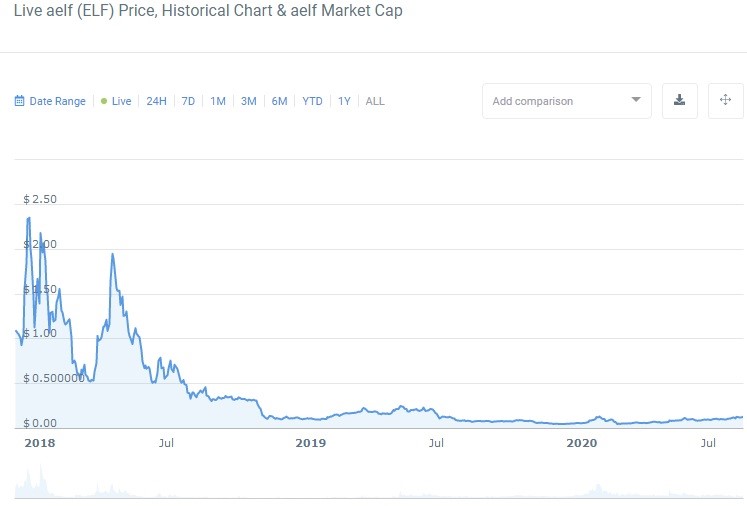 In the past six months, however, aelf has been nothing but bullish, as you can see on the chart below, so the market has long been preparing for the probable rally by chugging almost uneventfully yet persistently to the upside, rising from $0.04 to the current value at $0.13 in a matter of six months. 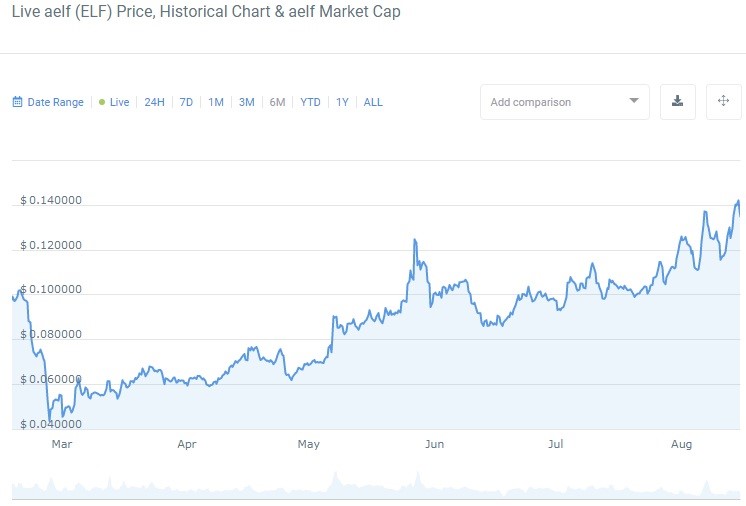 This comes to show the presence of steady demand for the aelf tokens that will only increase due to heightened expectations around the upcoming main event.

We are going to use the weekly time frame to determine the most important levels of support and resistance that ELF is likely to encounter during the presumed bull rally. 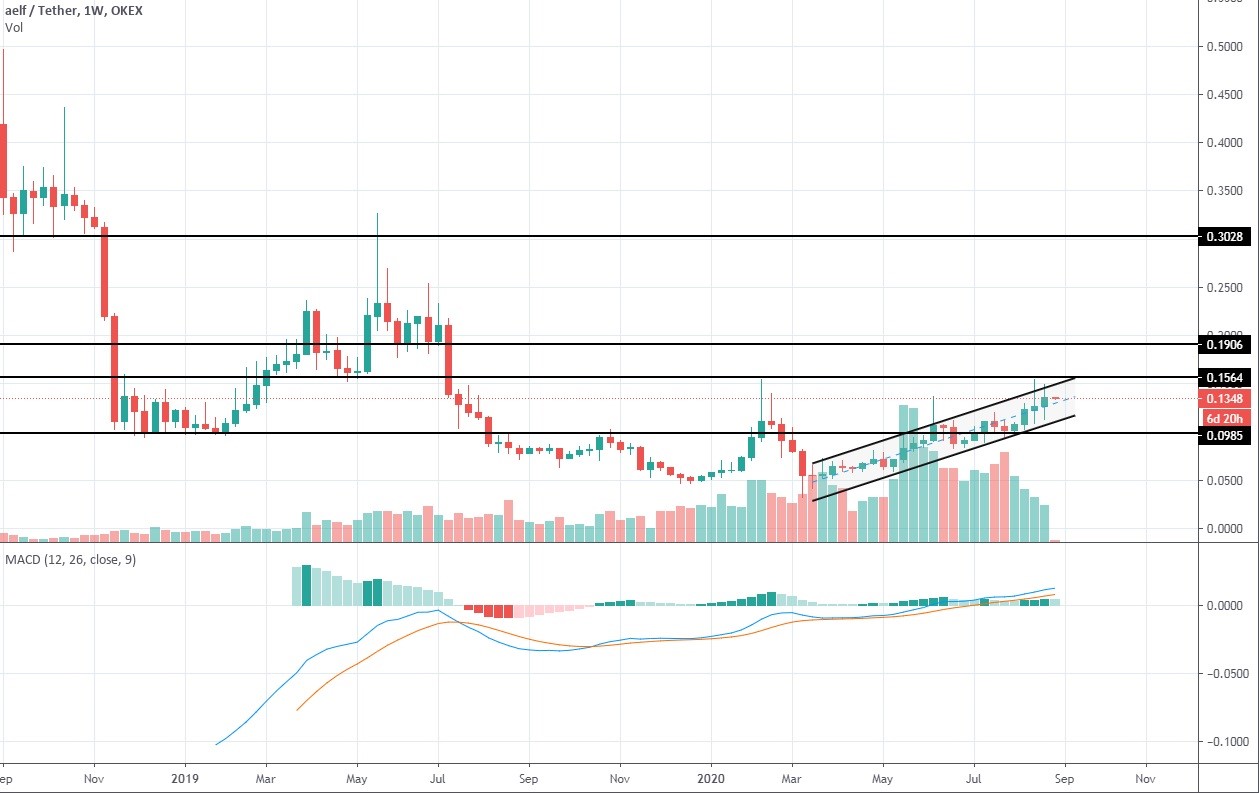 Notice that MACD is the most bullish it has been since 2018 as it has risen above zero with both its moving averages for the first time in months, signaling about the underlying shifts in market sentiment. 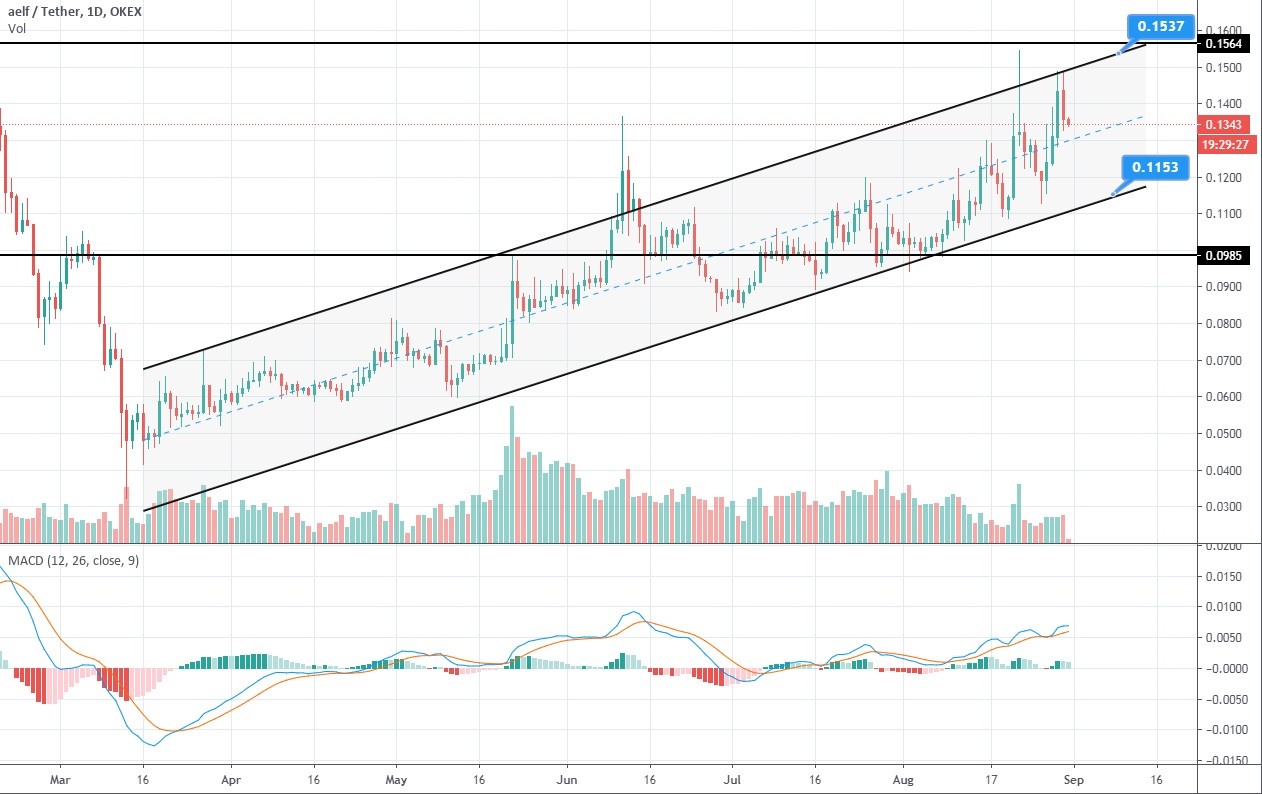 A quick look at the daily time frame tells us that ELF has so far been very respectful of the borders of ascending channel, so we expect the price to bounce between $0.115 and $0.153 during the next week before it finally tries to break the resistance at $0.156