A lot of traders are deliberately disregarding cryptocurrencies like aelf (ELF) simply because they are positioned outside the top 50, so they consider these coins to be unworthy of dealing with - whereas in reality, ELF had proven to be one of the “fittest” coins when push came to shove and the trading conditions began to resemble a survival mode.

The durability of ELF is best depicted on the daily chart, which shows that the 93rd coin has recovered to the previous point of failure at $0.0743 in a little over a week after the collapse. 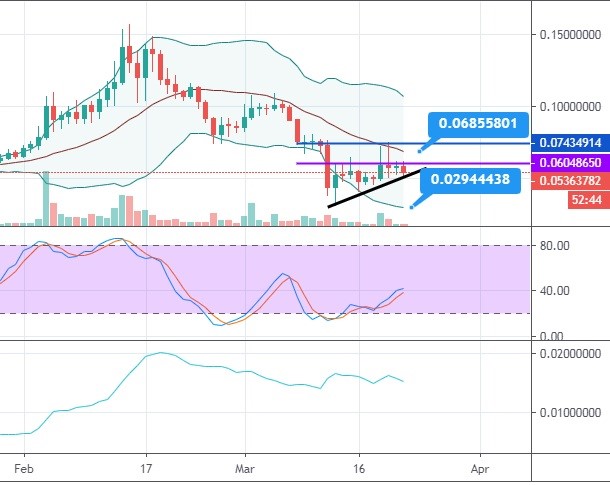 It’s safe to say that none of the popular cryptocurrencies - not even the forefather that’s Bitcoin - came even close to performing this feat. This makes aelf literally a diamond in the ruff, the coin that has defined all odds and allowed its holders an opportunity to cover their losses in full before being pressurized back under an already-established resistance level at $0.06.

But before that, ELF had descended to the all-time low at $0.035, thus presented traders with a superb opportunity to supplement their portfolios with this vastly underappreciated cryptocurrency.

In addition to all these exciting elements of ELF’s price action, we see the ascending wedge formation emerging on the daily chart, which should be broken to either side sooner rather than later.

Certainly, the ongoing situation concerning COVID-19 and the total disaster on conventional markets leave plenty of room for alef to move back to the all-time low, or even beyond it ($0.029), but it is also relevant to literally every cryptocurrency on the market.

This means that the virtuosos of stop-loss tactics would be the only ones who stand a chance to make profits in this tense-filled and unpredictable environment.

Should ELF stay unaffected by these calamities, it can easily breach the $0.060 resistance once again and test the middle line of Bollinger Bands, which would presumably run at $0.0685 by that time.

MACD shows full support of that kind of maneuver since it is on the rise after a bullish crossover, moving past 40, which leaves the price plenty of breathing space to move upward before the oscillator reaches the overbought region. However, the middle BB line couldn’t be a ceiling for the anticipated move because the average true range is still relatively high, at 0.015, to be precise, which means that the next move could even bear significant strength.

In order to get a more detailed insight into what’s brewing in the aelf market, let’s take a closer look at the 1-hour time frame where we see ELF strenuously trying to stay above the 50-period moving average and maintain a local uptrend. 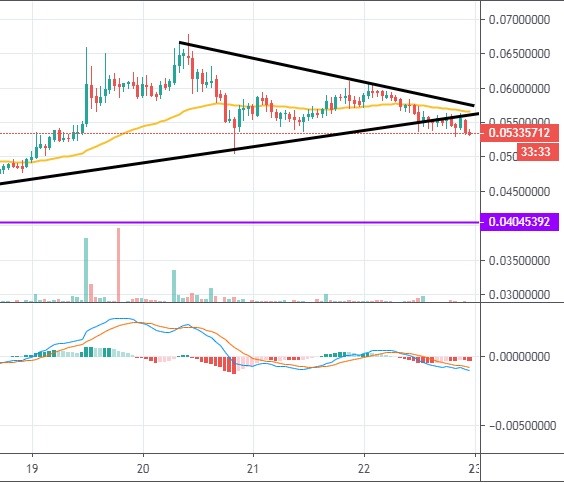 But now the price has dived below the support line and the EMA, threatening to break the uptrend structure and start glowing red again. MACD also hints at the further downward movement by sliding under the zero line and having both its MA’s moving apart. If that’s being the case, intraday traders should be considering the support at $0.04 as the next pivoting point.