Aave (LEND) has been a subtle superstar of the cryptocurrency market that made an absolutely astonishing breakout to the upside that amounted to 5870% in just a year and brought the price very close to the all-time high at $0.44 that was registered in January 2018. Therefore, LEND has become virtually the first altcoin that managed to perform a fully-fledged uptrend that is almost identical, in terms of its extent and explosiveness, to the one during the crypto boom of 2017/2018. 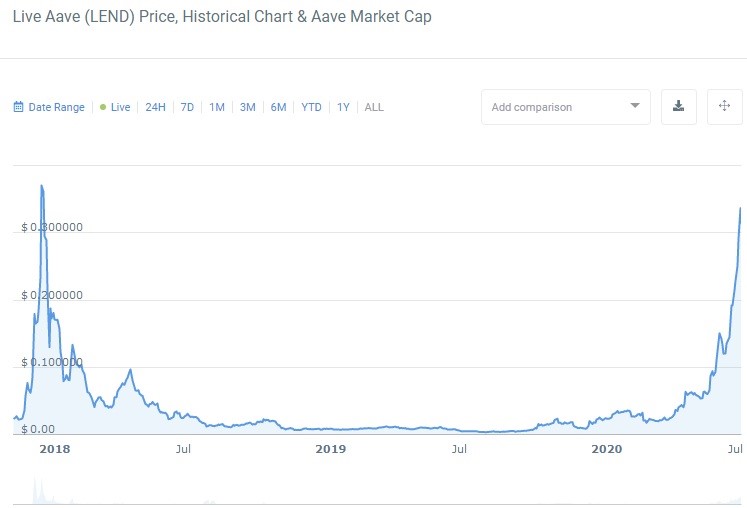 Such mind-boggling growth was caused, in no small way, by the eruption of the popularity of decentralized finance (DeFi), in which Aave acts as a provider of decentralized lending pools, as well as the generally positive development of the project's blockchain ecosystem. To wrap up the praising of LEND as an incredible yield-bearer, here is a comprehensive table of Aave's gains/losses in different time periods

However, such an incredible performance also presents an issue for traders who took the position (presumably, a long one) right when the price had been reaching the peak of the rally, or who were reluctant to enter the market and are now presented with a problem of picking the bottom of the retracement that could turn into a full-blown correction.

A new all-time high of a steep correction?

It is clear that after such a monstrous rally, the LEND/USDT market got overextended and overheated, a situation that demanded a considerable correction. That is precisely what happened when LEND found itself rejected by the bears at $0.35, a point at which traders should have closed their long positions. 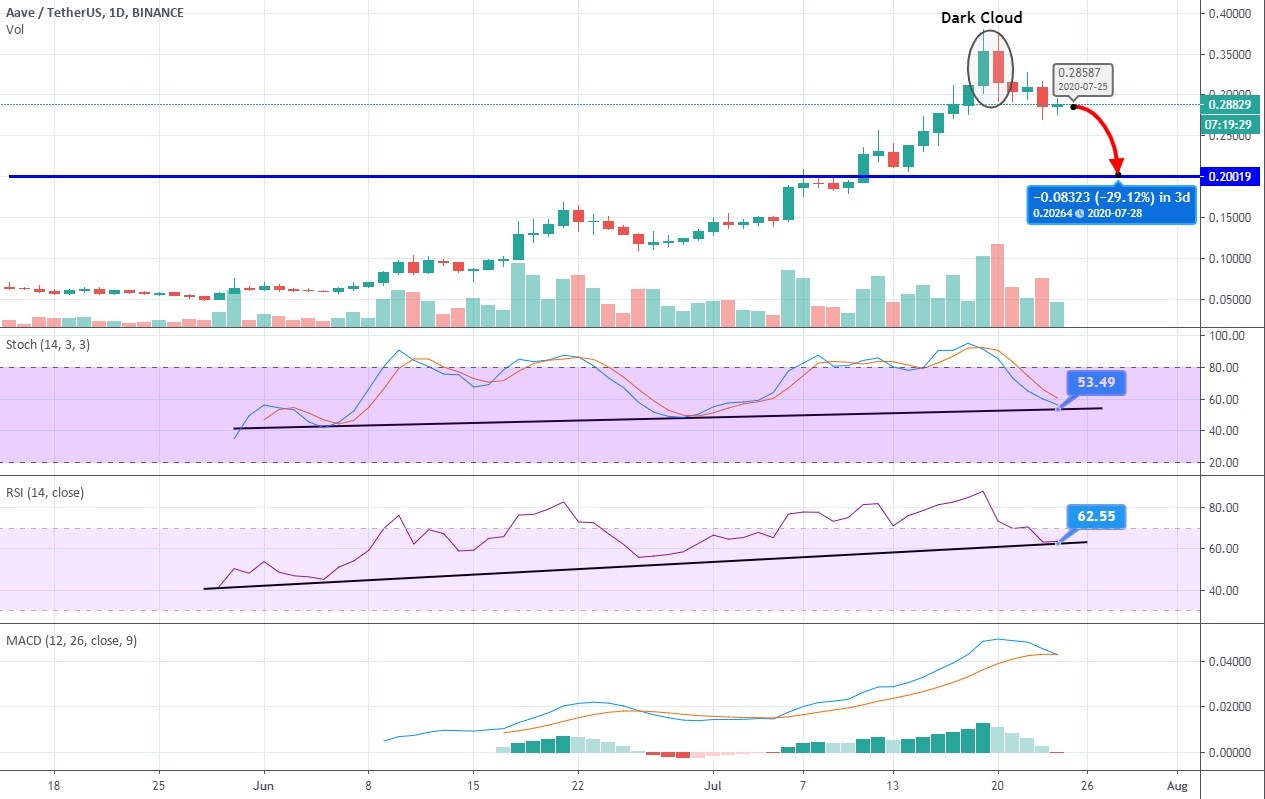 The first sign of the trend reversal came in the form of the dark cloud candlestick pattern, although the bearish candle there opened only slightly above the preceding bullish one. In any case, the sellers managed to disrupt the upside flight and force the price beneath $0.3 - the current price of LEND stands at $0.28. We see that the bears are applying increased pressure as each consecutive candle opens below the previous one on the back of the falling trading volume, which is also a textbook signal of an unfolding retracement.

The key indicators, however, show that the depth of the retracement could be limited to 15% - 20% due to the fact that both RSI and Stochastic are about to test the corresponding resistance levels.

We reckon that the price action of Aave will see a deeper correction, most likely to the support level at $0.2, which is another 29% to the downside, upon which the buyers might initiate another rally that would end at a new ATH.