If you were looking for a champion altcoin pumper, so to speak, then look no further than Aave (LEND), a cryptocurrency that is backed by an open-source as well as a non-custodial protocol on the eponymous platform - formerly known as ETHLend - that allows holders to safely borrow cryptographic assets and obtain interest on deposits in cryptocurrencies.

The team behind Aave operates from London and is composed of 18 blockchain specialists who had established the project back in 2017. Apparently, they have created a well-elaborated platform because it is rated A with the overall health score of 762 out of 800, one of the highest among mid-ranked cryptocurrencies, although the competition in the field of online lending of digital assets is becoming tougher by the day.

Speaking of rankings, LEND currently sits in the 69th spot with the market capitalization of $87 million. Surprisingly enough, Aave can’t boast a large average daily trading volume which rarely exceeds $2 million, but the fact that the coin is being traded most actively on Binance - 84% of all trading volume - and not on some backwater cryptocurrency exchange is the reason enough for traders to put LEND on their radars. But, undoubtedly, the main point of attraction with regard to Aave is not its fundamentals or presence of the high-liquidity platform - it is the gains that this underrated cryptocurrency has been putting up for many months in a row.

Just take a look at these numbers - 407% against Bitcoin in a year is definitely the respect-worthy showings  - and that is not a part of a pump-and-dump scheme because the coin has been displaying the legitimate attempts to climb higher after a year-long consolidation at the bottom. With the all-time high being 85% away - it stands at $0.44 - the mid-term price target for LEND is $0.1, the high of the last massive upswing in the spring of 2018. 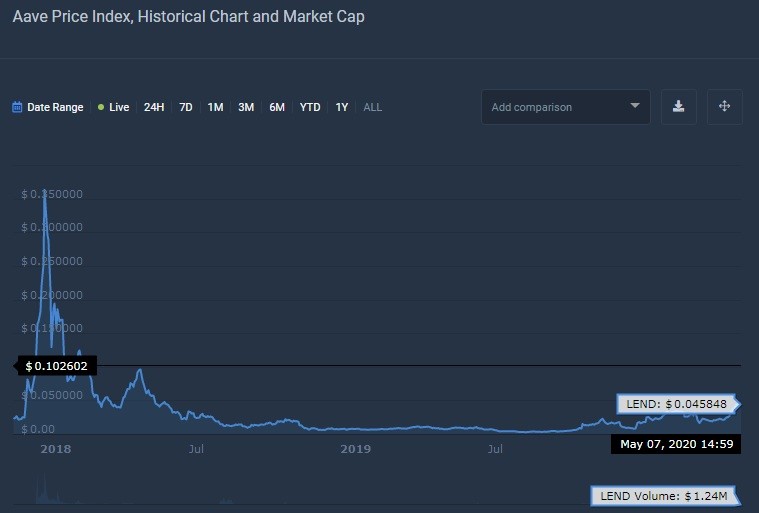 In hindsight, LEND turned out to be arguably the most resilient altcoin in its class, and even much better than the high-ranked ones. It is quite fascinating, but the coronavirus pandemic that shook all markets to their core didn’t have that much of a devastating effect on Aave. Certainly, the coin took a significant tumble - 67% to the downside, to be precise. However, the crash had only forced Aave to slightly deviate from the course established by the ascending channel, and make a quick dive below the 50-period EMA. After some consolidation and the exit from the Bollinger Bands squeeze, LEND has shot to the upside and broken out of the ascending channel. 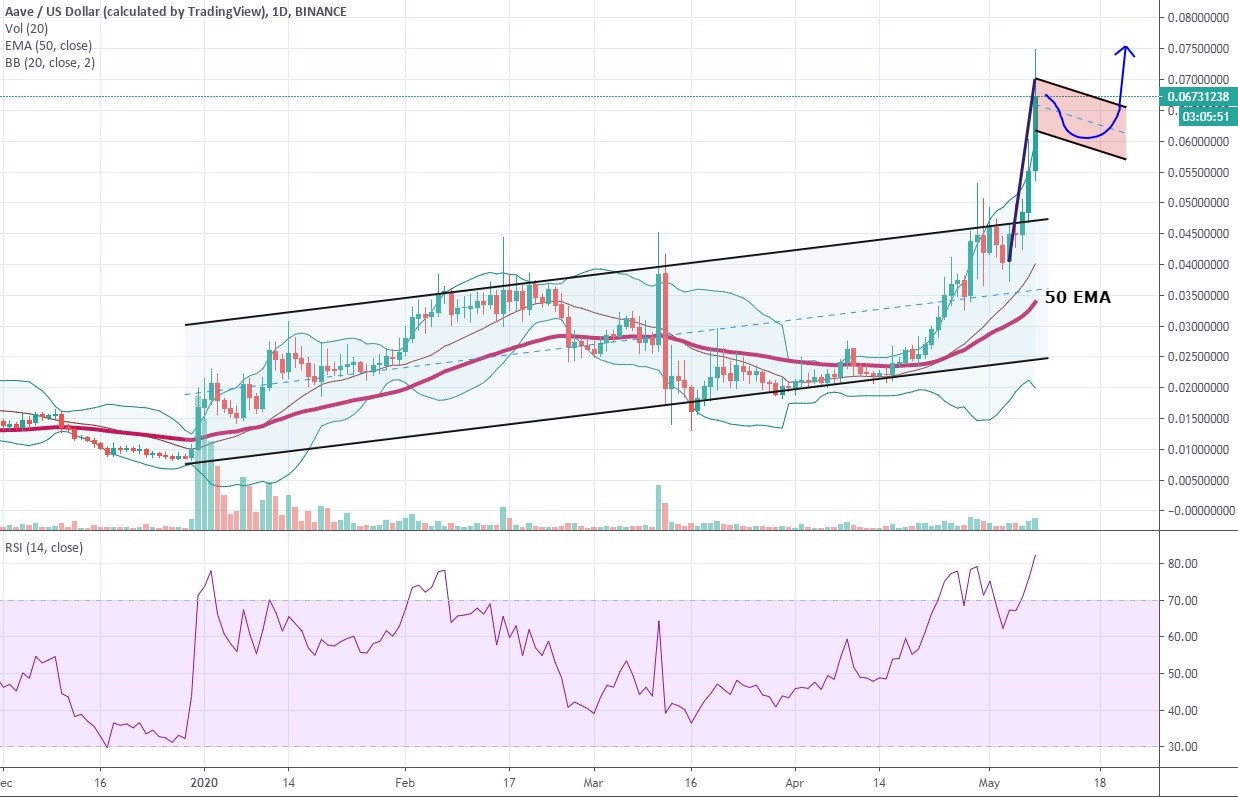 Presently, LEND is finalizing the formation of the bullish flag - it is unlikely to travel any further to the upside due to the 14-period RSI being above 80, which is an extremely overbought area. Therefore, the price will inevitably retrace back to $0.055 - $0.06 and then resume its bullish rally since the flag is a continuation pattern.

The most practical step right now would be to wait for the resolution of the flag, if you are on a conservative side, or the retracement to the aforementioned retracement levels if you prefer to trade more aggressively. On its next swing, we expect Aave to gain 15% to 23%.